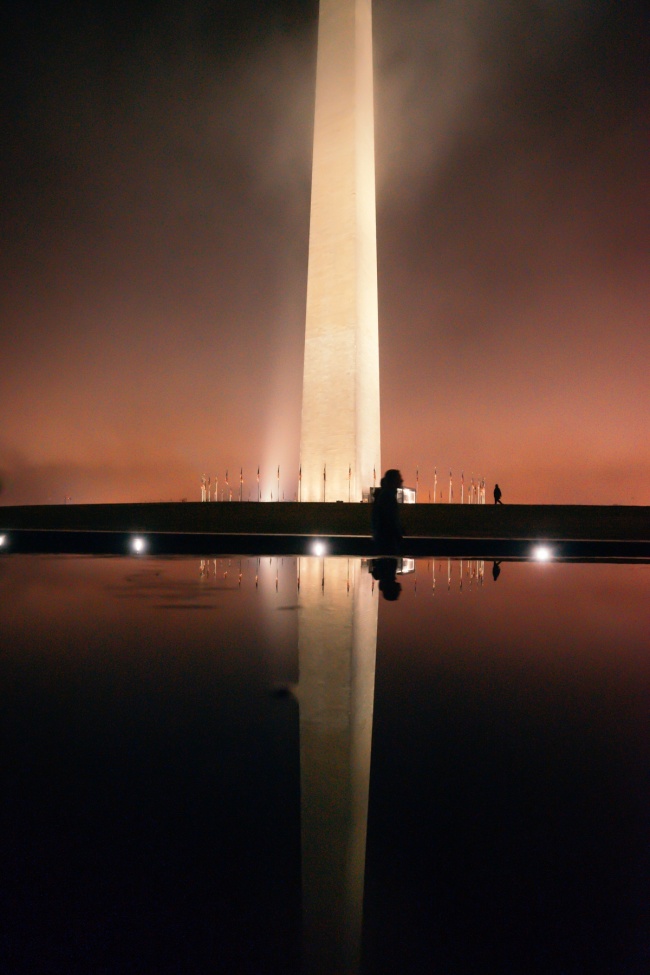 I captured this image on the same night as this image but it was also a few days after I captured this one. I obviously still have the same composition in my head but I wanted to see what it would look like during this beautiful foggy evening.

So I set up my camera the exact same way as the previous image and just waited for someone close to the Washington Monument to walk by. It took a while because it was oddly quiet for 8 pm at the National Mall, but still, I waited. I was so concentrated on finding a person in the background that I didn’t even notice a person was about to walk in front of me to create an even bigger shadow. I love the way that it turned out, especially since you can see the reflection of both shadows in the water puddle.

Now I want to know, which image do you like better? This foggy one or the image I captured early morning?