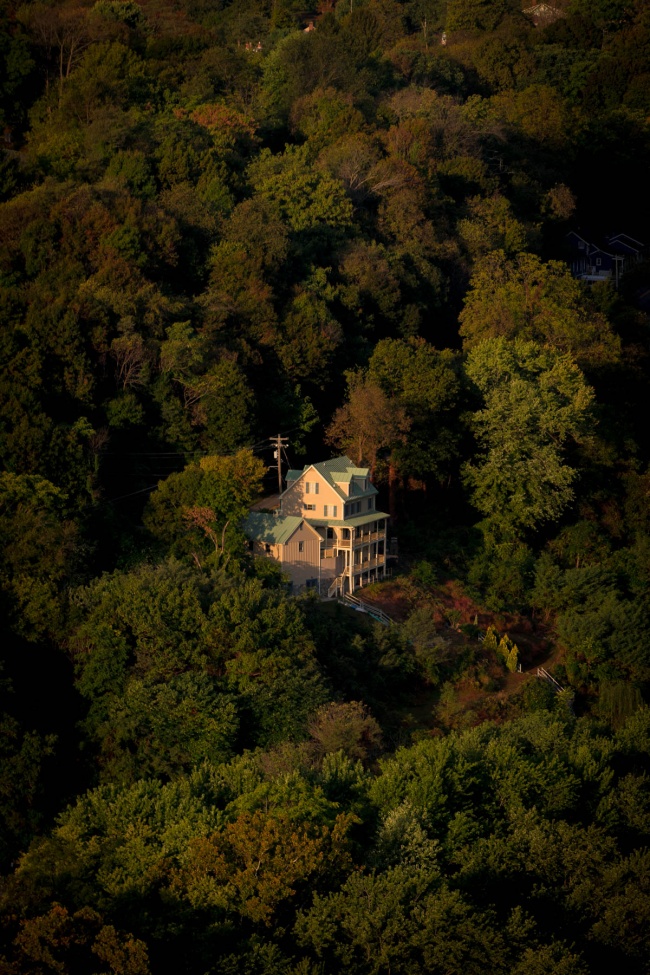 Along the way, I tried to capture all different kinds of images from the hike. This was my first time in Harper’s Ferry and seeing the viewpoint from Maryland Heights, so I was like a kid in the candy store with all these amazing views. When I saw this house, I couldn’t resist capturing it. It was just so cute sitting on top of a hill like that.

I pulled out my 70-200mm to zoom in on it. I wanted it to feel like it was the only house among the wilderness, even though it’s not really the case. LOL, maybe I still had Falling Waters in my mind. If you look closely enough, you can still see a little house close to the top right-hand corner of the image. Instagram vs. Reality. 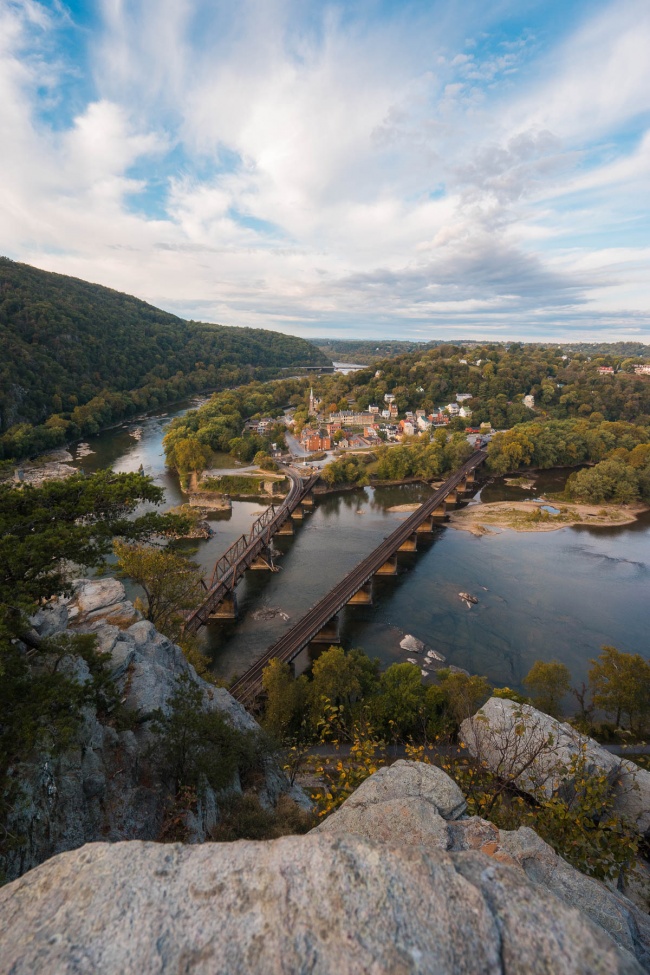 Living in the Washington DC area, Harper’s Ferry is only an hour’s drive from us. So I thought that would make it an easy drive to go for sunrise. We arrived at about 6:45 am, 30 minutes before the sunrise so when we got out of the car and we had to use our flashlights to find the trailhead. That was the easy part. Almost immediately you’re climbing up the side of the mountain and I was huffin’ and puffin by 7:15 am. LOL.

But the views during that early morning light was so nice. Once we finally arrived to this viewpoint along the Maryland Heights Hike, we were so happy we were the only ones there. We were free to roam and take as many pictures as we wanted and didn’t have to worry about being in other people’s way. I had previously read online that this view can get crowded. So I think we were really lucky we got there so early. But on the way down, I could see there were a lot of people going up.

So if you’re planning on going on the hike, I’d highly recommend going as early as you can. In case you were wondering, we only did the red trail. The blue trail was even higher up and a little more than I wanted to do so early in the morning. So the red trail was good enough to see the amazing views 🙂 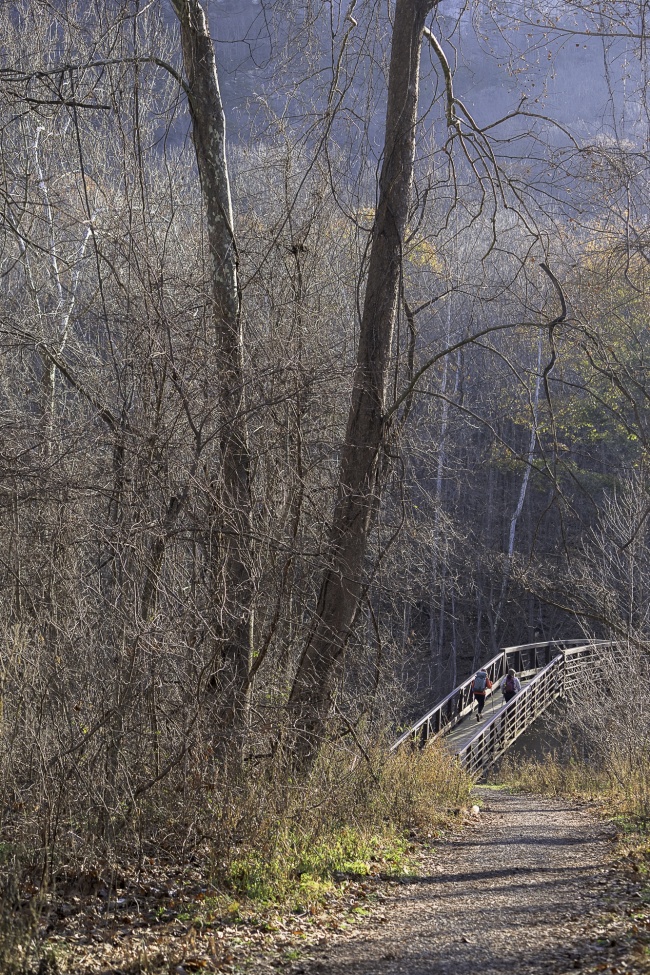 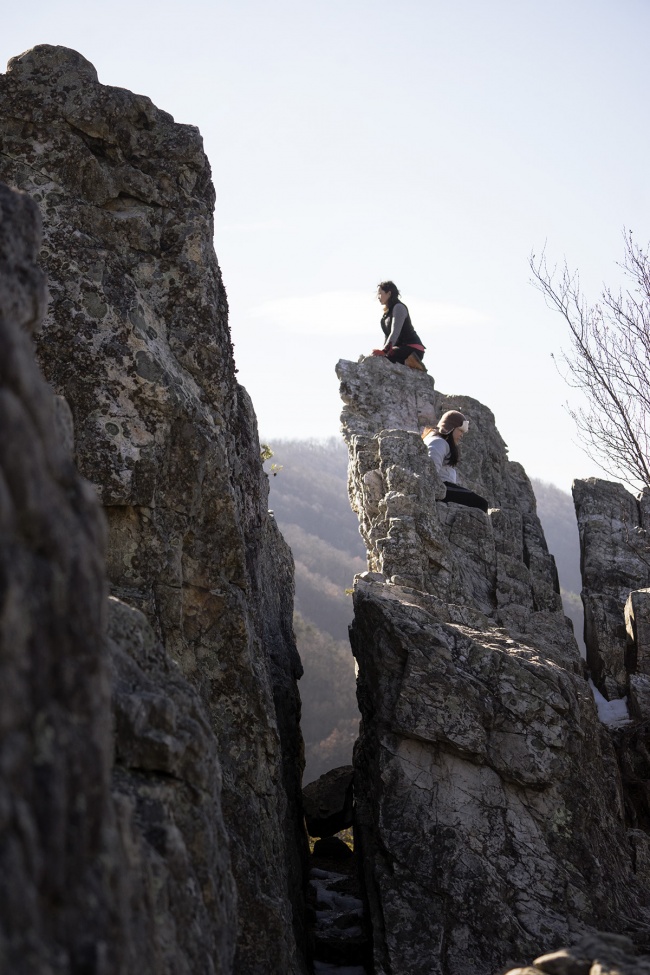 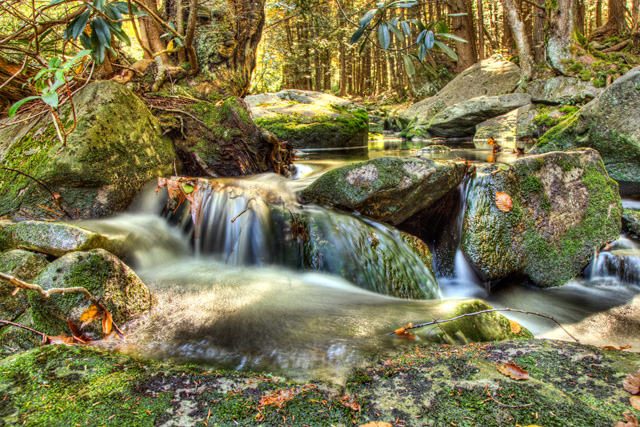 It’s been so cold lately, especially at sunrise. The wind has been crazy and I hardly want to get out of bed. So, I haven’t been. Did you like my list of excuses? I’ll be out there again soon. Prom-prom!

Taken during a much warmer time, autumn, when all the leaves were falling. 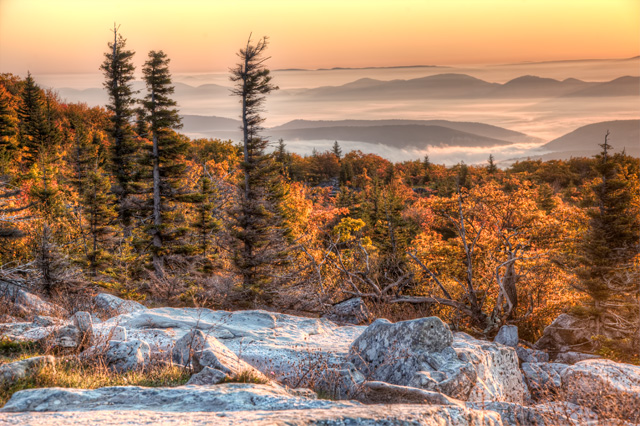