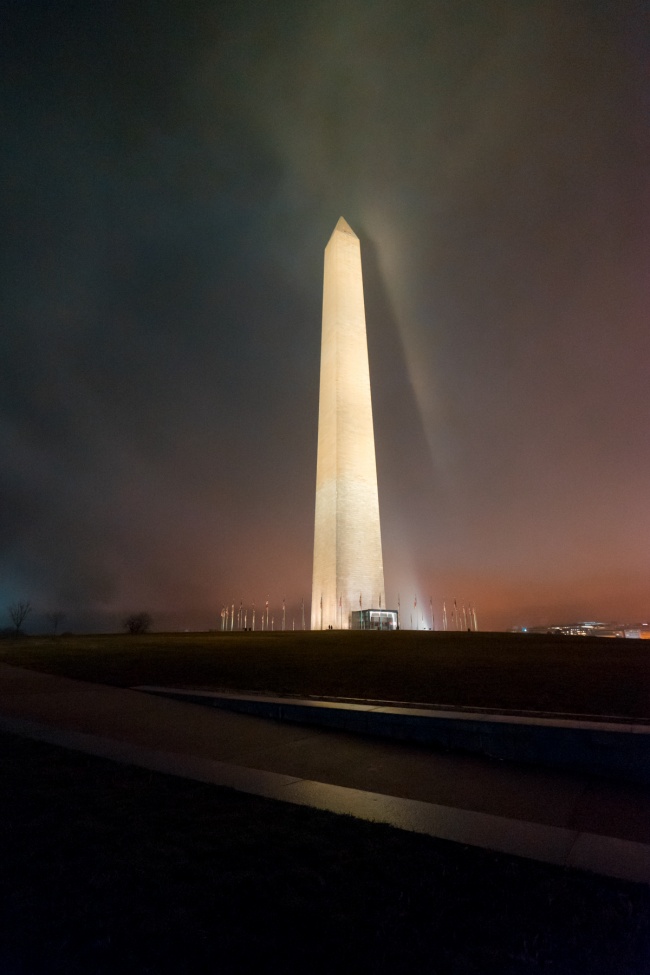 After a full day of rain, Andrew and I randomly decided to just go out to eat dinner. Weekdays we usually stay in and eat at home but Andrew got some good news so to celebrate, we went out. As he was finishing up some work, I was checking on the weather. I saw that we had a dense fog warning so I decided to bring my camera “just in case”.

Dinner was great. Dessert was even better. So after we were done, I suggested that we should go to the Mall to see what it looked like. I parked by the Monument and it was actually Andrew’s first time being so close. It was so weird because I had been there a million times. LOL.

Anyways, as we were walking back to the car and I decided to take one more look at the monument and I noticed that the fog and lights were creating this really cool shadow alongside the Washington Monument. I had to capture it. It was very cool to see.