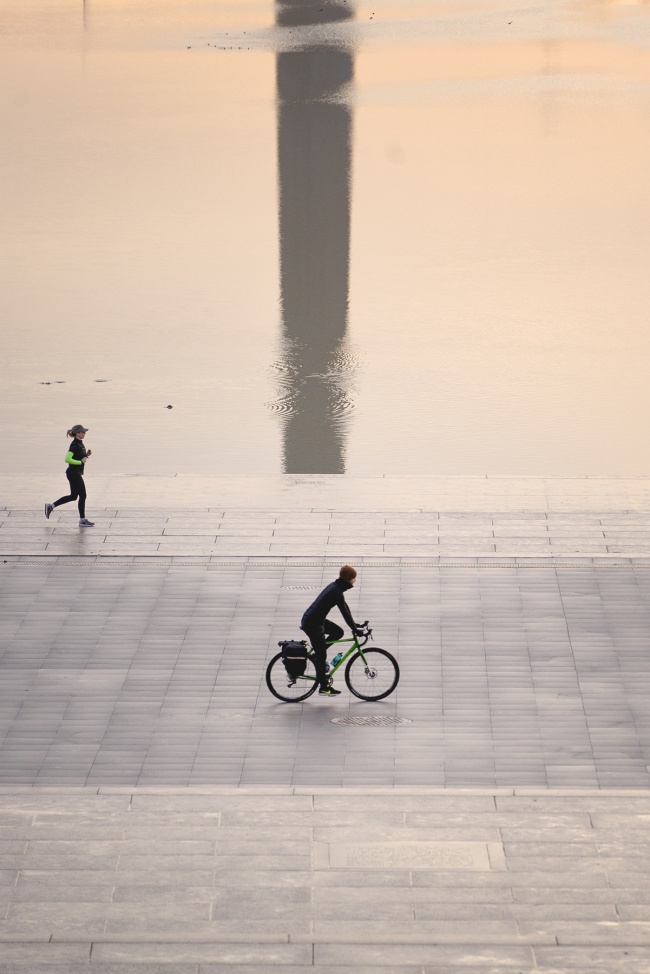 It’s pretty well known by now that I’m an early bird. Even if I don’t go out to take sunrise pictures, I still like to get an early jump on the day. I hate being late to meetings and I hate feeling like I’m rushed. I’m a very go with the flow type person and would rather not worry about looking at the clock all the time.

But to be honest if I’m not out taking pictures early in the morning and it’s one of those lazy days where I don’t have much going on, I’m usually just taking my time eating breakfast with a face mask on. The last thing on my mind is exercising. LOL. But props to everyone who do wake up early in the morning to work out. It’s very unusual to be at the National Mall and not see a runner or someone on a bike. Even in below freezing weather you’ll see people! Good for them.

I honestly think that’s one of the best parts about Washington. I love seeing how active people are. It’s inspiring. Plus they can make for great subjects when no one else are around 🙂

I was standing on top of the Lincoln Memorial steps when I captured this. I just happened to run into my friend, Andy while out taking pics and we had stopped at the top of the steps to catch up. I saw the bicyclist coming from a pretty good distance so I lined up my composition and just waited for him to ride by. I was surprised to have captured the runner as well. I didn’t see her at all. Glad she was there for that little extra pop of color.