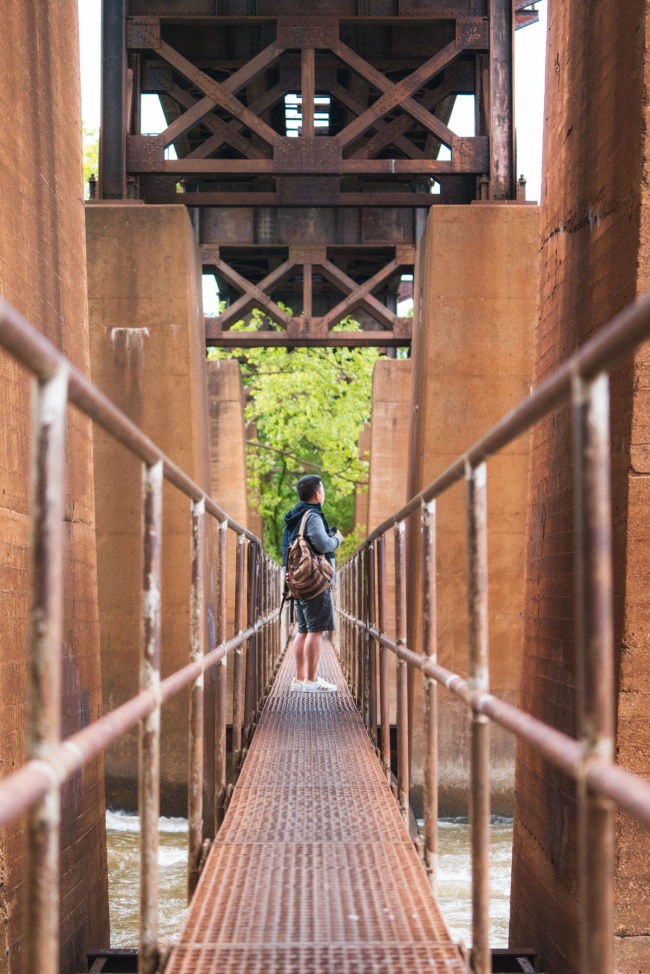 So this is the actual pipeline trail I was referring to last week. As you can see, it’s narrow. You’re pretty much walking one in front of the other the entire time and if someone wanted to pass, you have to sort of do that physical communication of who’s going to push their body towards the railings as the other person passes. It gets really awkward when strangers walk past with buckets and fishing poles. I mean these guys are usually carrying a lot of stuff.

To be honest though, I think I took this picture just so I could capture Albert‘s camera backpack. I’ve been in the market for a new one but it’s always such a struggle to find a great one. If it has one feature you’re looking for, it’s usually lacking in another. Plus I want something a little more discreet too. So if you have any recommendations, please let me know. Lately I’ve just been using a regular backpack with some camera padding inserts. But I think it’s time to get a real camera bag.

But isn’t it cool? This pipeline trail is unlike any trail I’ve been on before. I’m glad the City of Richmond made it so safe to walk on. Plus, there are a few points along the pipeline that you can actually jump off be and stand on a little beachy-sand area by the James. It was so fun.

At one point, both Albert and I jumped off to check out what the water looked like closer up. I thought that would be the most appropriate time to bust out my drone. So here’s a cool capture of both of us from above. 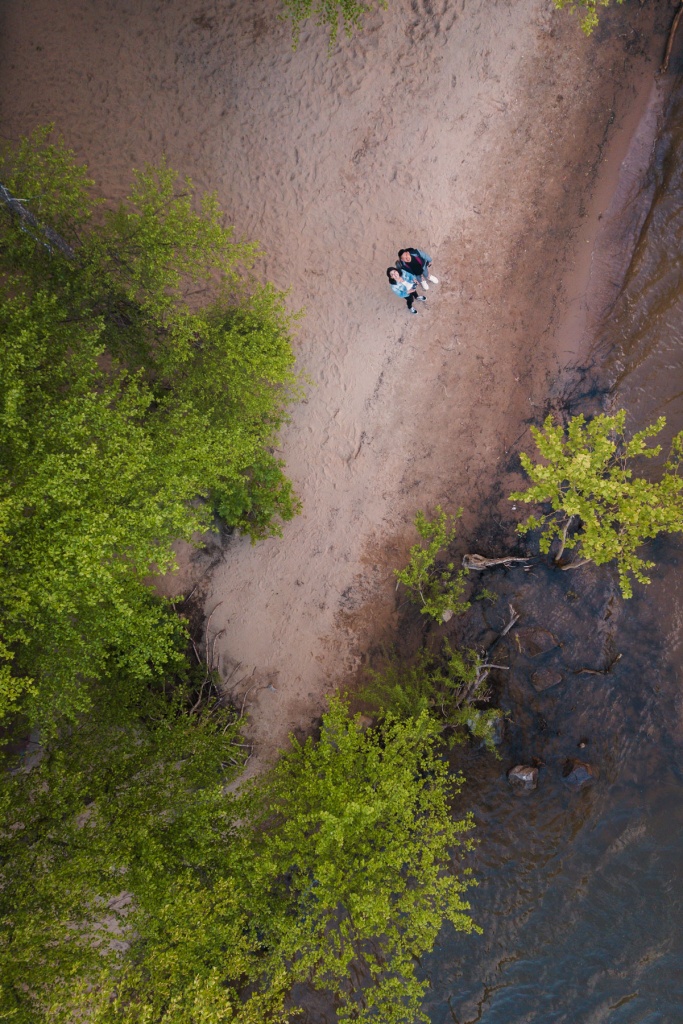