Blue Heron on the James 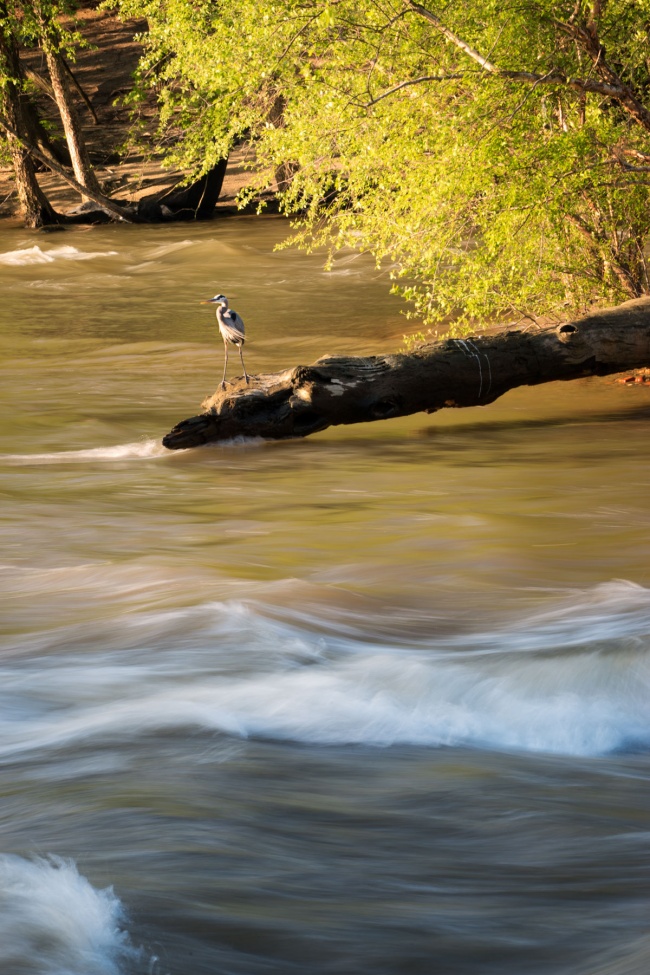 Capturing this image totally reminded me of photographing Great Falls Park. It’s been a long time since I’ve been to a body of water with such fast rapids storming down. It made me miss how peaceful it is just sitting at the ledge and watching birds come and go. *As long as they don’t come anywhere near me*

This image was taken at the Pipeline Trail in Richmond, Virginia. At first when my friend, Albert mentioned that he wanted to go there for sunrise, I had no idea why the trail was called what it was. I figured it was because it was a really narrow trail or something, but no. You are literally walking on top of a pipeline. It was so interesting and something I’ve never done before. But there are railings and a small platform on top to make things safe. At times when we wanted to pass each other, we had to squeeze into the railings to let the other person go by. It was fun!

So this image was captured while sitting along the edge of the pipeline. I was using the railings as a way to keep my camera sturdy for the long exposure. They key things that I wanted was for the bird to be in the light, for him to turn to the side so you can see his body shape and for the bird to keep still for at least a second so I could capture a clear shot of him. Probably out of 50 pics I took from different angles, this one fit my qualifications the best. For some reason to photograph the bird to stay still for more than a second was the hardest part.