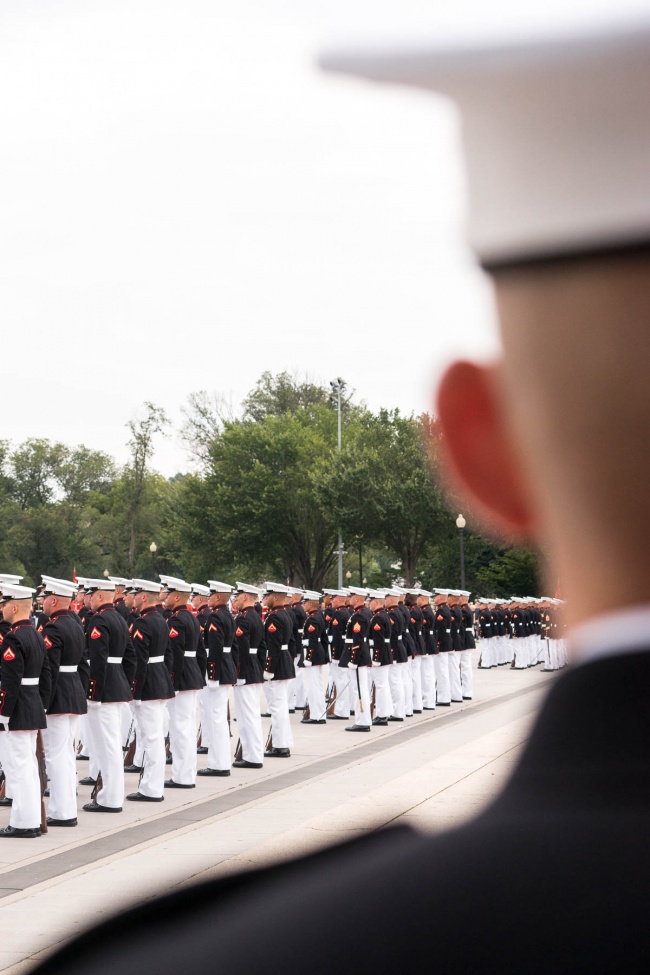 Thanks to my friend, Birch who invited me to go with her to photograph the sunset parade at the Lincoln Memorial performed by the United States Marine Drum and Bugle Corps. It was my first time attending and I didn’t really know what to expect. This year was the first year it was held on the National Mall. Previously they were at Iwo Jima because I imagine they have lots of room there, but I think the Lincoln Memorial was the perfect setting. I loved how the area between the Lincoln Memorial and Reflecting Pool was closed but you were still able to wander around and get shots from various places.

If you’re interested in checking it out, click here for the official website however make sure to check their Facebook before you actually go. Birch and I tried to go a few weeks ago and it got canceled a few hours earlier because of a storm and they announced it on their Facebook. I’d highly recommend it if you have some free time.

Going to the parade, I knew I wanted to concentrate mostly on the repetition and pattern. Looking at previous images, I loved how the red jackets popped off the screen. However, I found myself liking my images with black jackets more. For some reason it just all goes so nicely together. It just makes the scene look a little more minimal which I like.