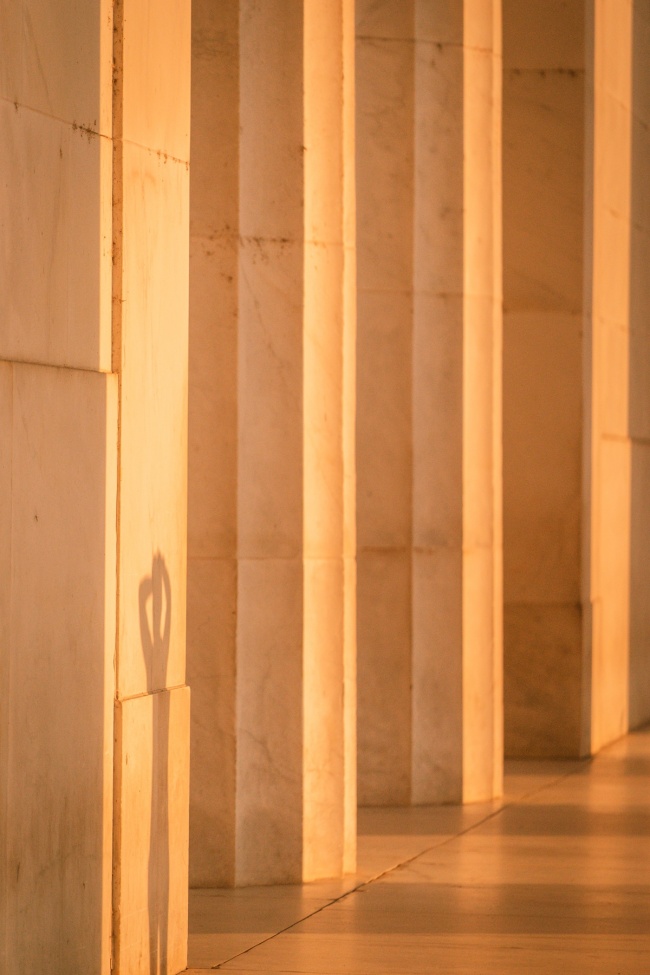 On particularly sunny days, just after the sunrises be sure to look at the Lincoln Memorial. I know I’ve mentioned it before, but the way that the sun glows on the memorial is probably one of the best things in DC.

And there aren’t too many people who are out at that time of day either. Usually, you will see a few photographers, some Park Police but even more runners. I’ve never actually run on the National Mall but I see a lot of them sprinting up the stairs of the Lincoln Memorial for a final push. This is one of those runners. After running up the stairs, he put his arms behind his head to get a breath of air. I love how his shadow was perfectly aligned with the Lincoln Memorial wall.