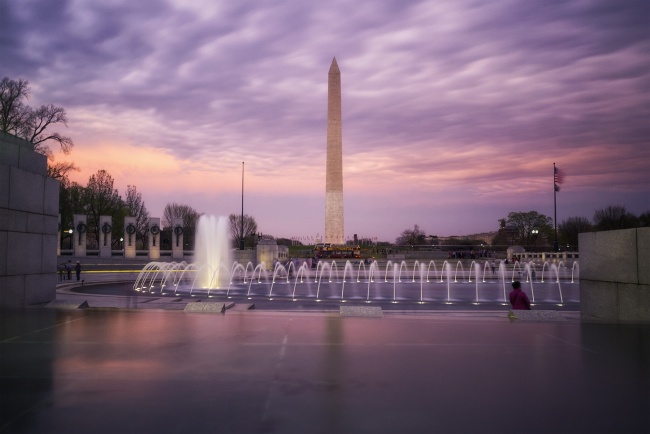 Shout out to my friend, Zack who had been texting me to meet up for sunset on this day. Although we were on two very different sides of the national mall shooting (I was by the reflecting pool and he was at the US Capitol), I would of never have gone out on this day if it weren’t for him. It’s funny because we were texting each other pictures of what we were seeing in the sky the entire time. Once the color actually broke through the clouds, it was dead silent between the both of us until it was all over. LOL.

So I was sitting by the reflecting pool, mostly concentrating on the sky. But it was awesome because these little kids came up next to me with crackers and were feeding the ducks. *note to self, always bring crackers when taking pictures* So my attention went from the sky to getting the ducks in the foreground of the reflecting pool and Lincoln Memorial. I got some pretty cool shots which I’ll post later. Next, I’m not sure what happened but I turned around to see that the sky behind had really blown up. I mean you usually see the sunset colors behind the Lincoln Memorial, but all the action was behind the Washington Monument right at the WWII Memorial. Luckily, I had some time to set up a shot. But it didn’t last long. I’m glad I was able to capture what I did.

Camera settings for this shot was F5 with a 15 second exposure at ISO500. I was using my Ice neutral density filter for this one so I was able to capture the saturated colors and any people who were in my way were blurred out. The only people you see were the ones who were standing there for longer than 15seconds.