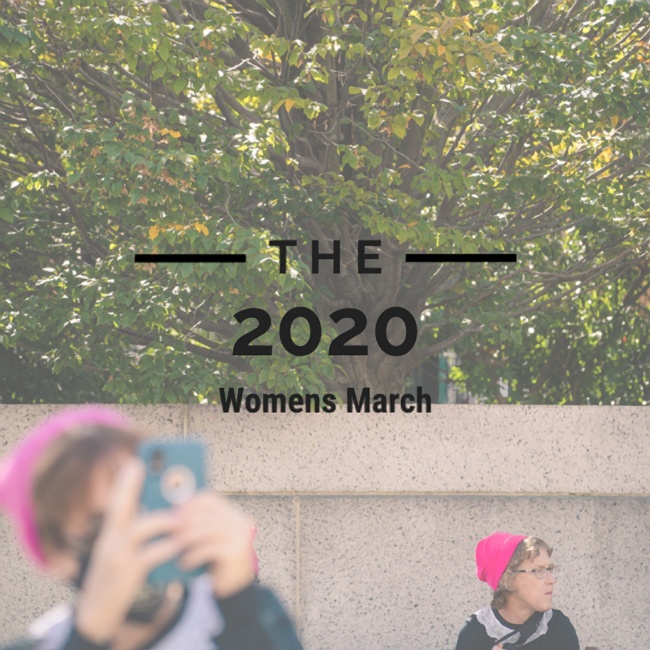 On October 17th, Washington DC held the 2020 Women’s March. I’m grateful to have been able to attend since my first one in 2017. A lot has changed since then. First of all, the women’s march in 2017 was in January and I remember it being pretty cold. People were walking on an icy reflecting pool and I even witnessed some people falling through the cracks. I remember crowds of people standing by the Lincoln Memorial but no one had any concern of social distancing or face masks. This was my first time attending anything like it before and I did not know much about protest/march/event photography.

For the 2020 March, I felt a lot more comfortable approaching people with my camera and I realize how my images speak louder than words. I tried my best to get unique angles while focusing on the crowd but concentrated on details that could be easily overlooked.

In general, it felt like this group of people wanted their voices heard and they were not going to back down from anything. Justice Ruth Bader Ginsberg passed a month prior to the march and soon after there was already a supreme court justice nominated as a replacement. These women were vocal about reproductive rights, worker’s rights, civil rights, and more.

The March started at Freedom Plaza with a kickoff rally and starting point for everyone to meet. Most everyone I saw there was wearing a face mask. 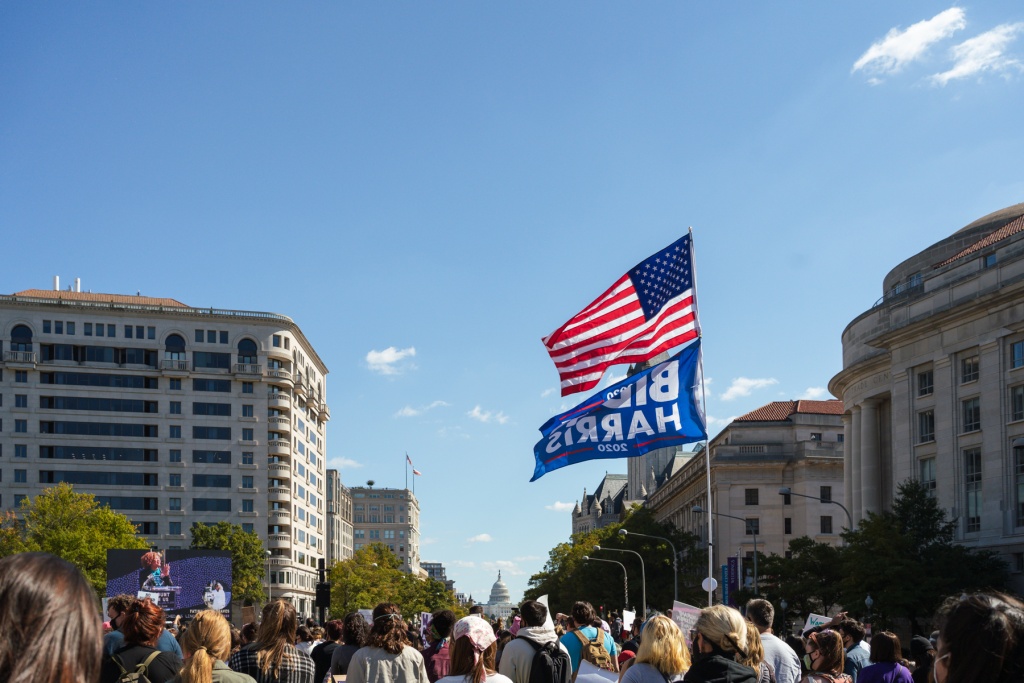 Before I knew it, everyone around me started forming into a line and somehow I ended up being at the very front of it. It was so cool how everyone just came together so quickly. 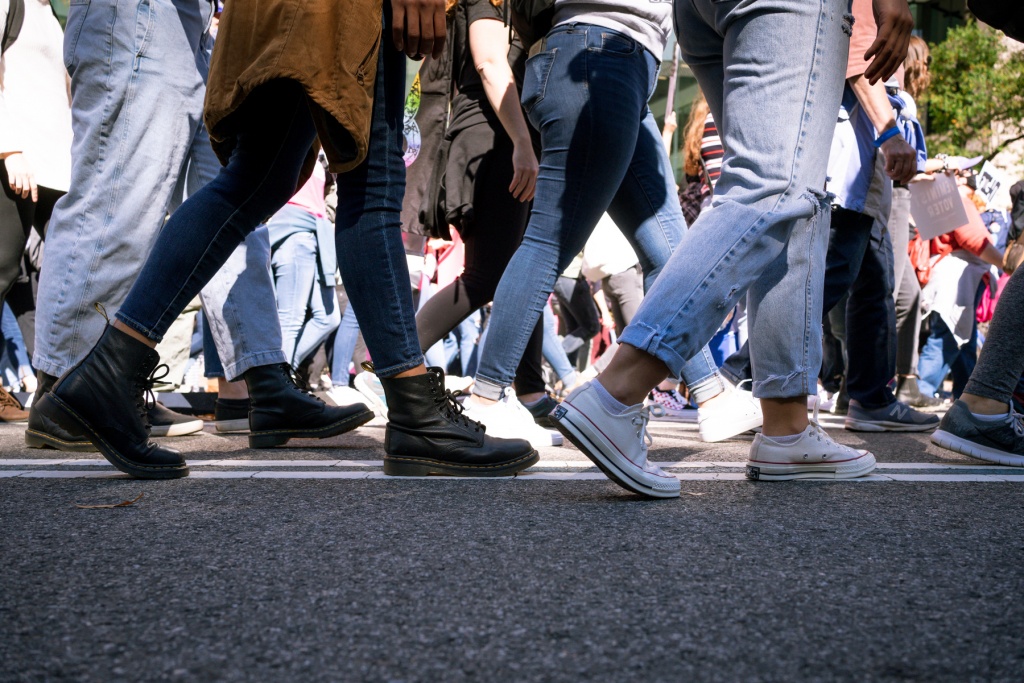 My first sign of how fierce this crowd was when we walked past the Trump International Hotel on the way to the Supreme Court. The protest chants were loud but the body language was even louder. 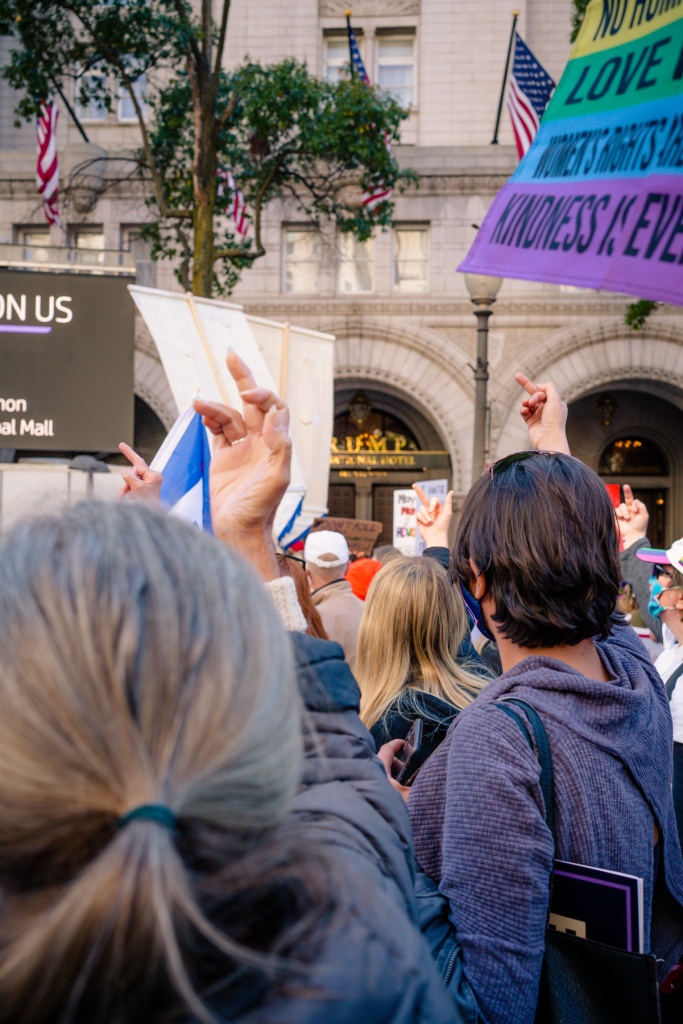 It was crazy. If you stood in the same spot for less than 5 minutes, a new group of people would come with a totally different chant. But for the most part, all the marchers were unified in their message. 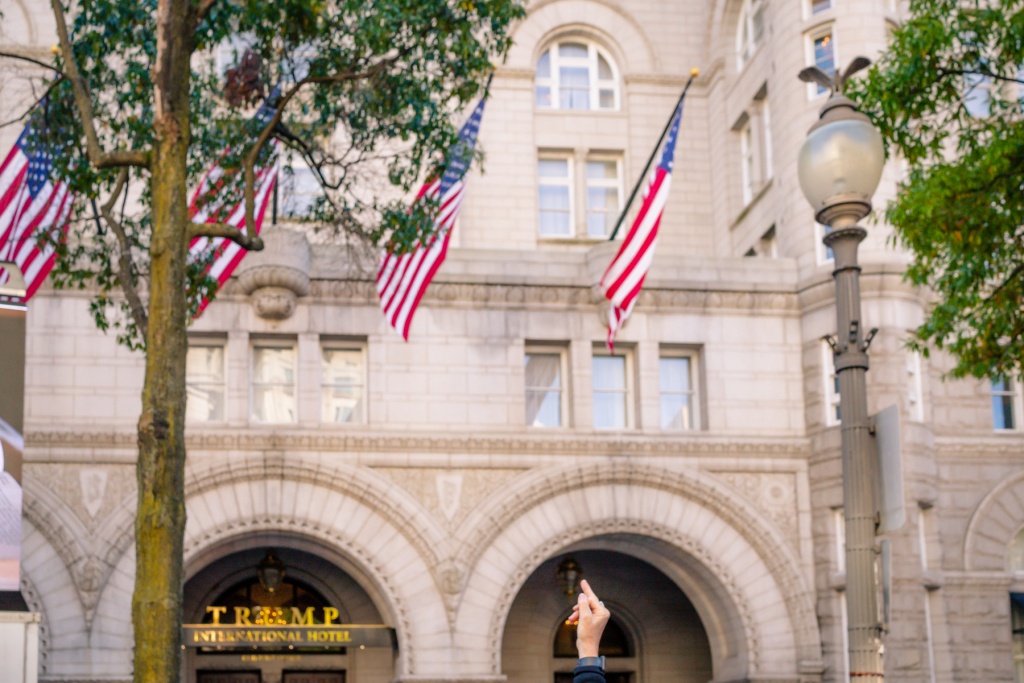 Fun to see people AND dogs dressed like RGB. 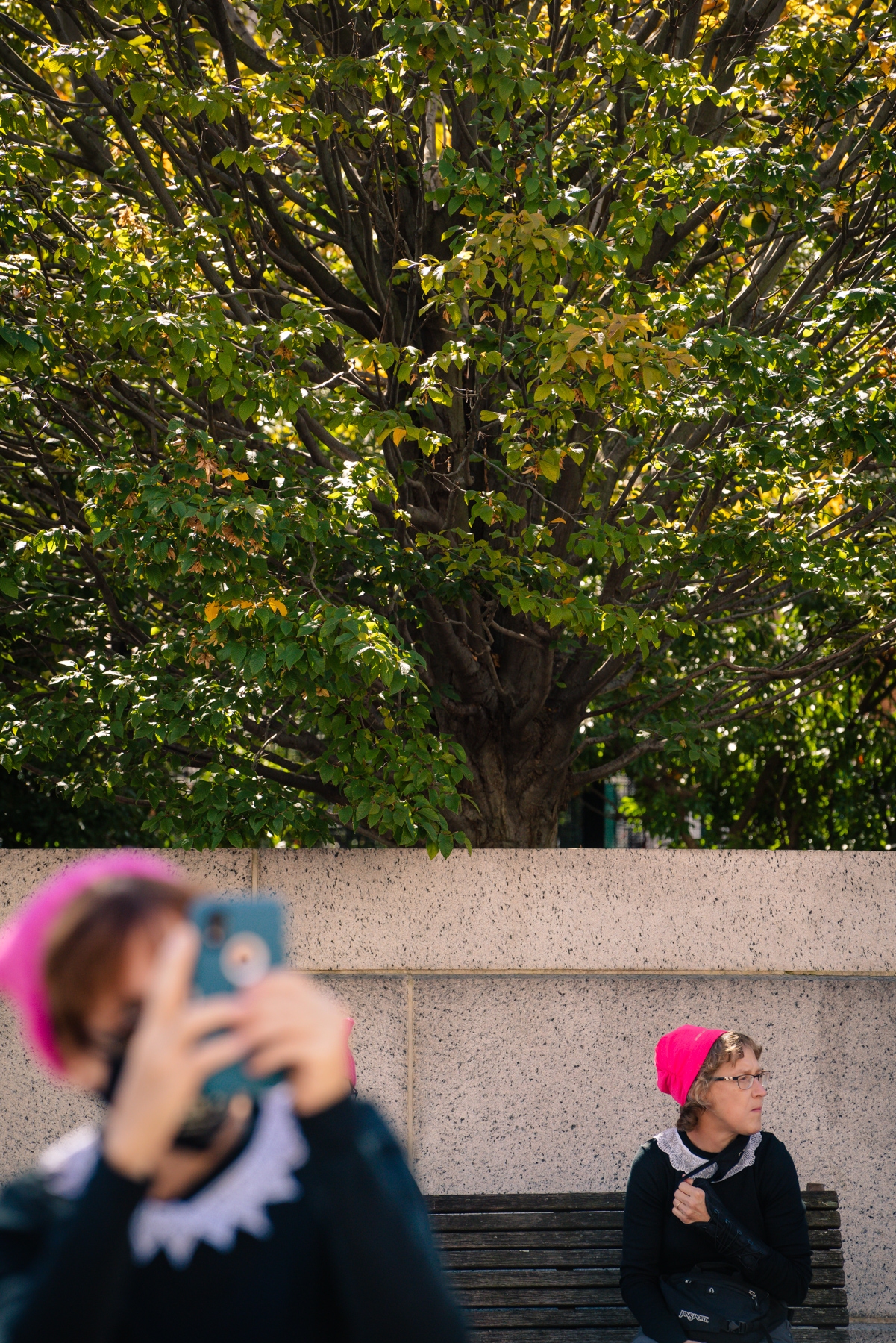 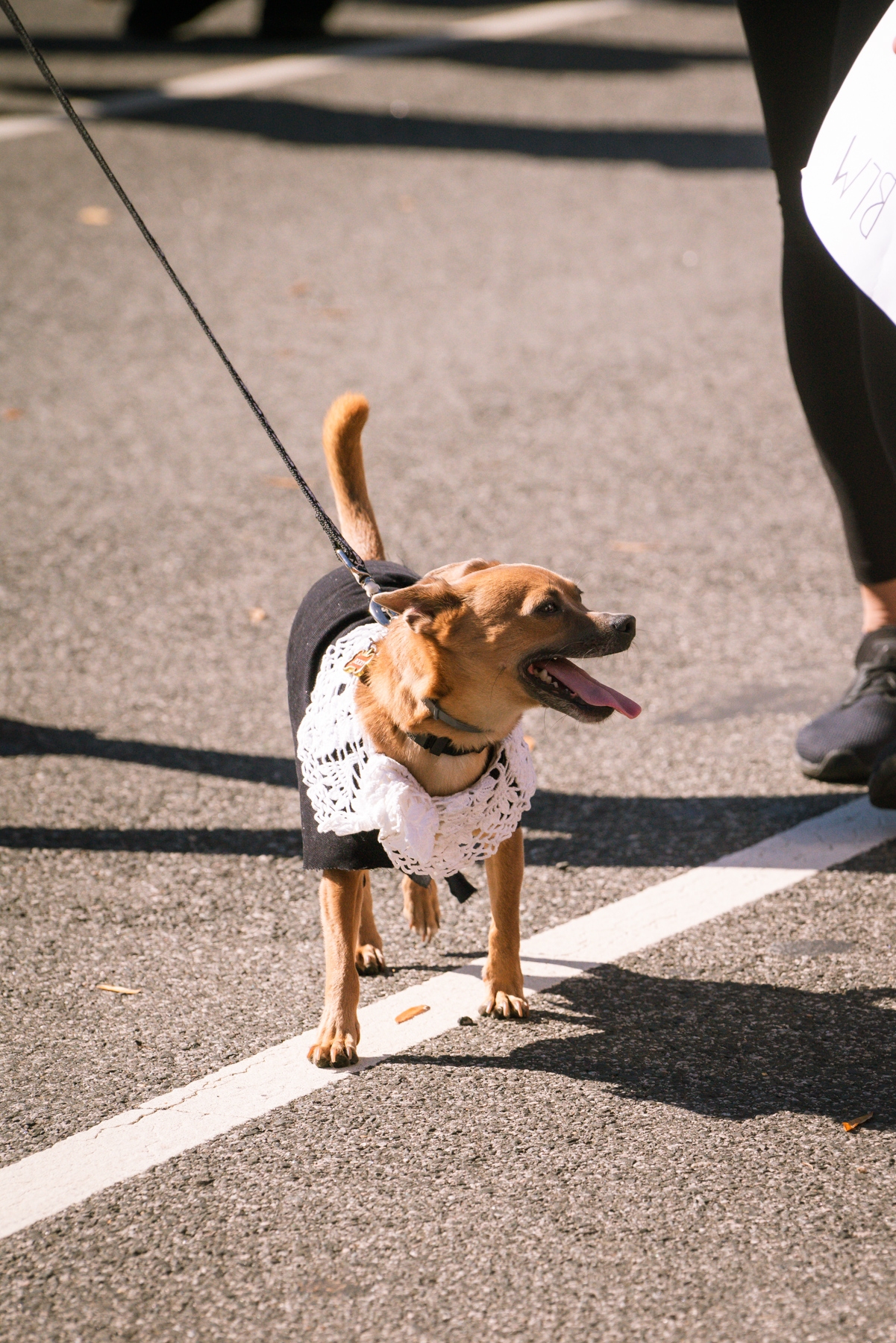 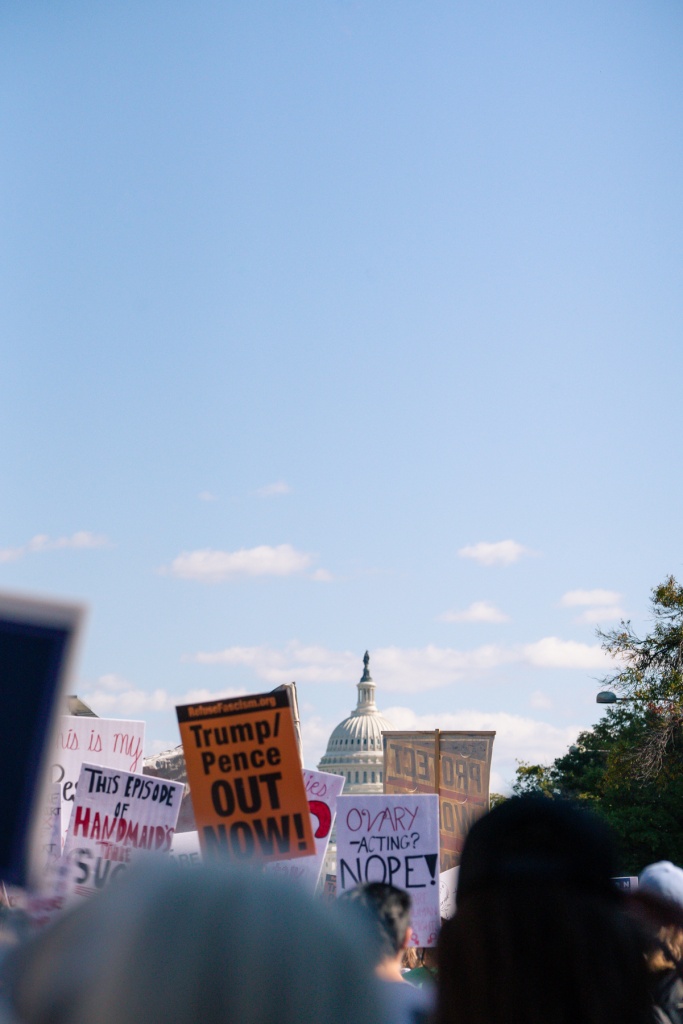 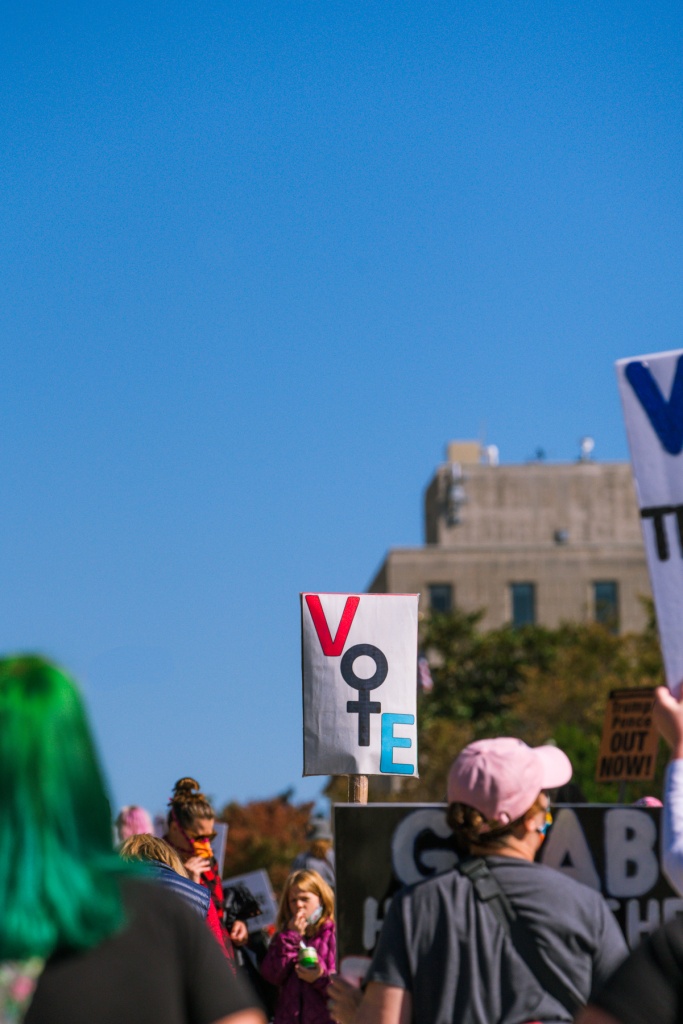 I had to take a second and photograph the crowd along Constitution Ave going to the Supreme Court. While you’re walking among everyone, it’s easy to say that there are a lot of people. But when you see an angle like this, you must take a second to think about how everyone stopped what they were doing for an afternoon to fight for what they believe in. It’s an incredible sight. 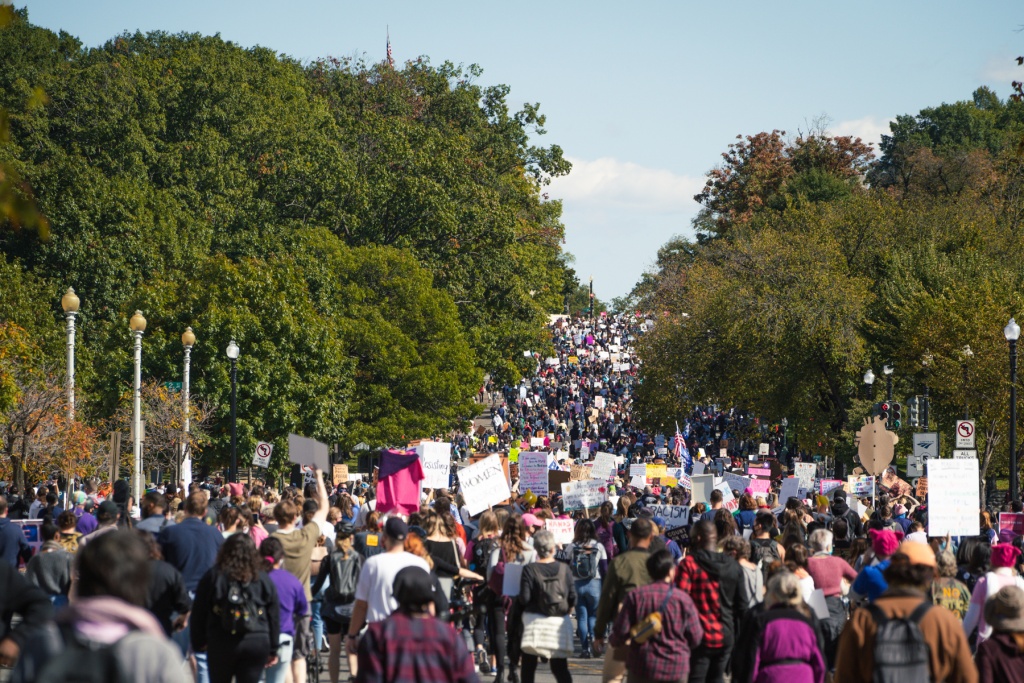 But once we got to the Supreme Court, the protestors were met with a different group of protestors. The Pro-Lifers were just as loud with their chants and had no plans of quitting. I was surprised to see how much people were getting in each other’s faces and did not hold anything back. 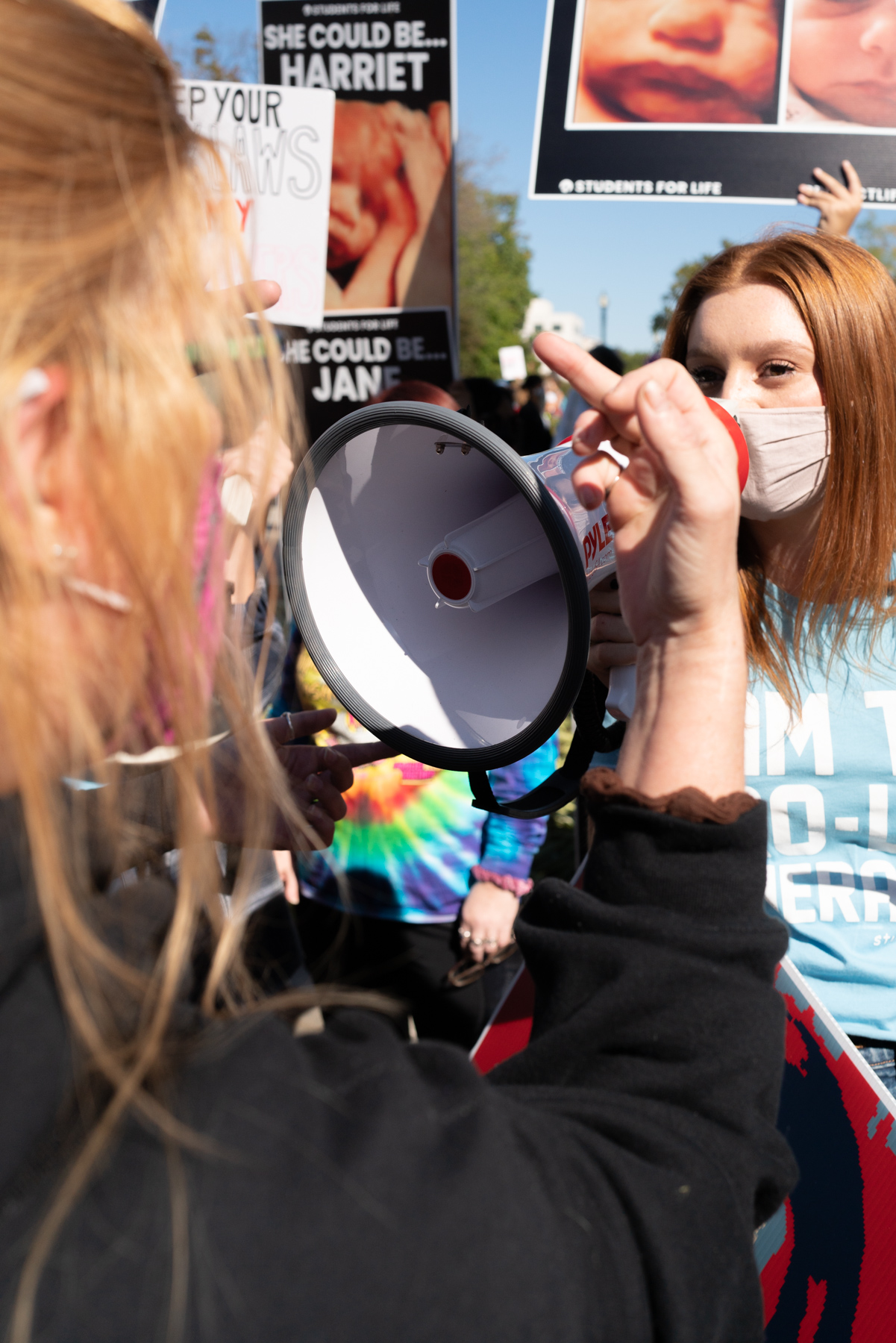 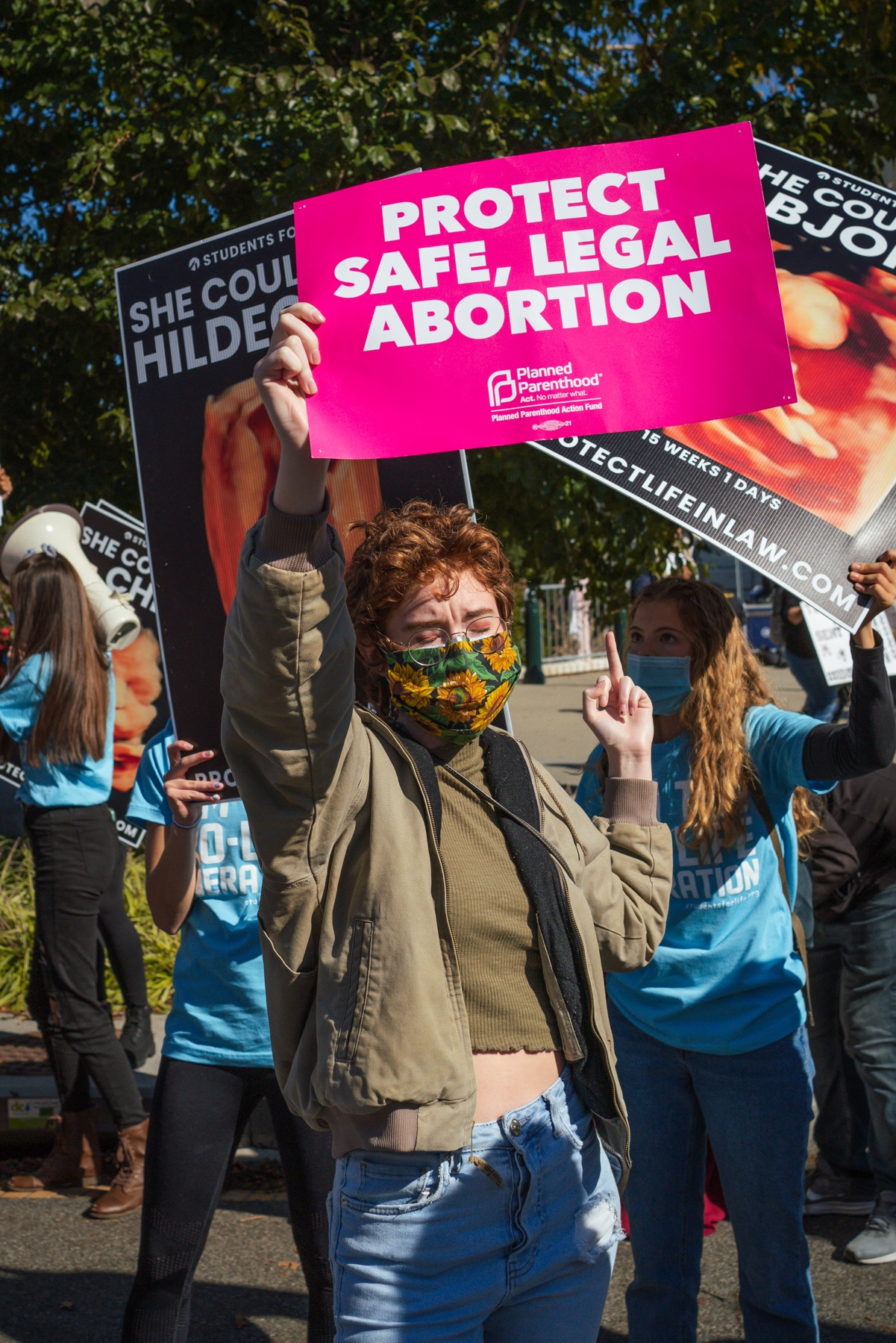 After a while, it got too intense for my personal comfort. I had to take a step back and find the other moments that were going on. 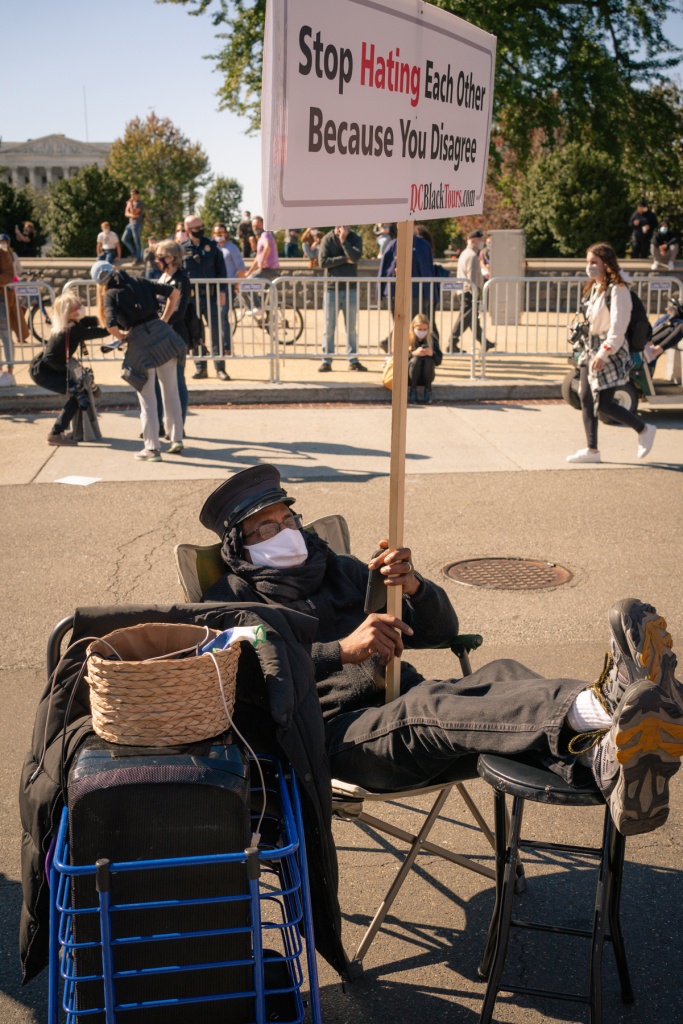 Finally, I just decided to turn around and head back to my car. But first, I had to see what was going on at the US Capitol. To my surprise, there were a group of 4 girls practicing their cheerleading routine and I’m so glad I was able to capture this quick moment. 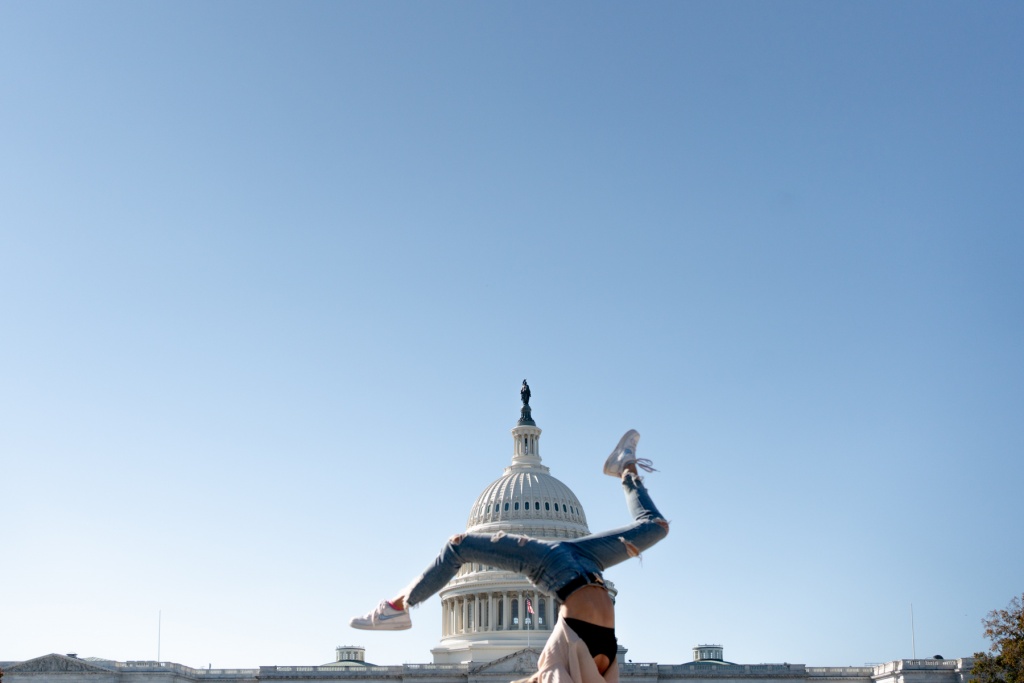 Overall the mood was great until I arrived at the Supreme Court. These women were fierce and should not be taken lightly.