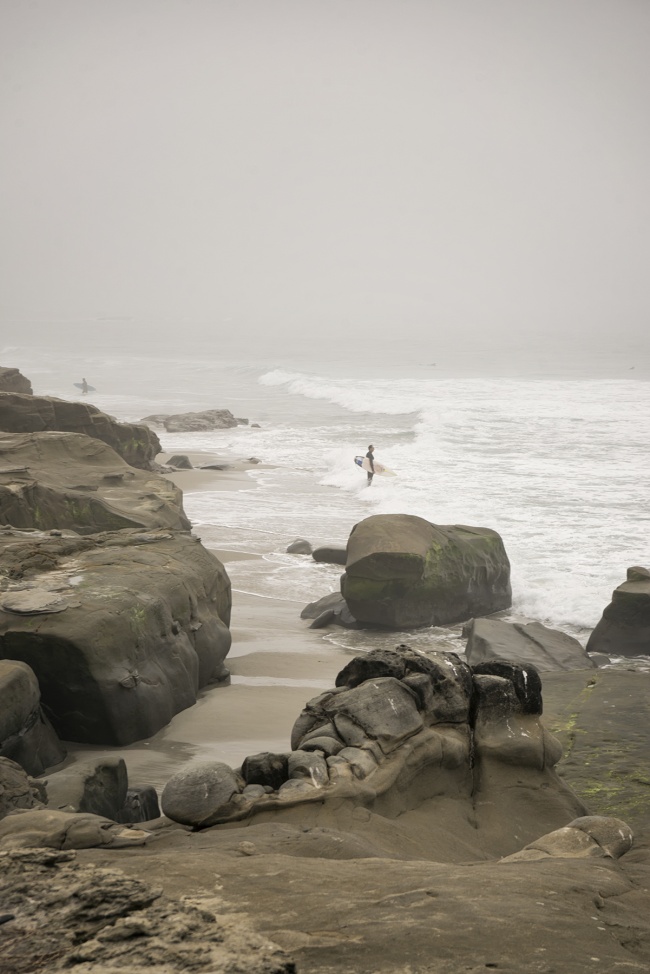 On our last day in California I thought about the places that I would miss the most in San Diego. We were able to see and capture a lot in the two weeks that we were there so there were a lot of places to consider. Each of locations were great in their own way but I decided that I’d only go to my absolute favorites on the very last day for sunrise and sunset. Somehow both times ended up being somewhere in La Jolla.

This image was from our very last ‘sunset’. It was so foggy at the Windansea Beach and the visibility was very low. It didn’t matter though. I was just so happy to be there. I love just sitting on the rocks, feeling that ocean breeze in my hair and taking in the whole scene.  It was really cool to see so many surfers out too. The waves were huge and I have no idea what kind of system they have in the water to make sure they don’t run into each other, but it was so fun to watch them ride. It seemed like at any given moment there was a surfer coming in and a surfer going out. But now that I think about it, I don’t think I ever felt the water myself. I just automatically assumed it was going to be cold and didn’t even try. LOL.

I’ll definietly miss San Diego, especially on cold weather days back home in Washington DC but I’m super grateful for the time we got to spend there. I know we’ll definietly be back to California sometime in the near future. I’ll be thinking about you beaches, palm trees and all organic green smoothies. (How did this turn into an eulogy?)