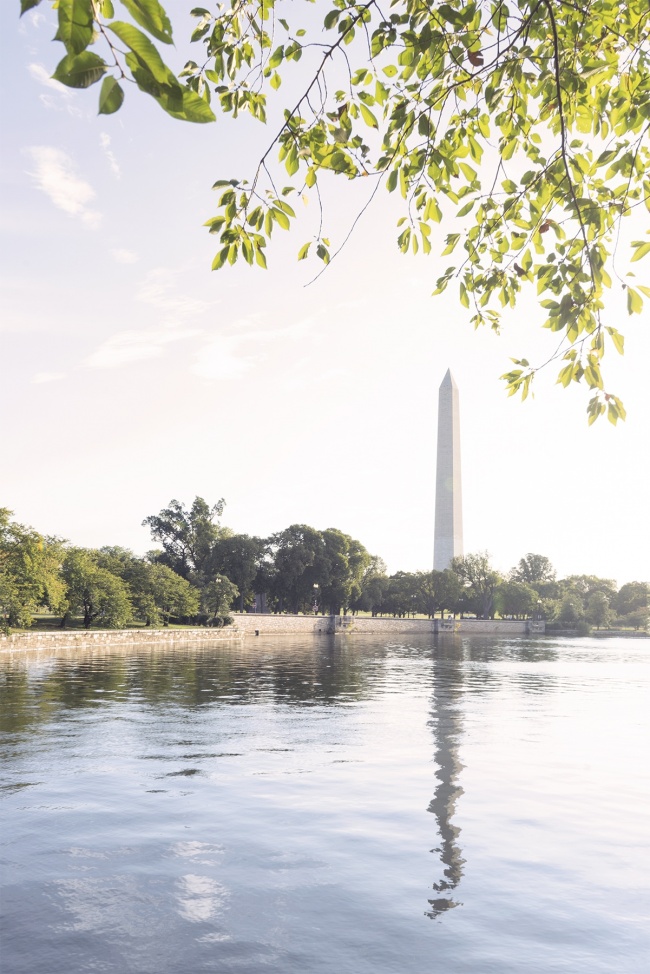 I’ve been uploading so many travel photos lately that I’ve been missing DC pics. No matter what, I always love shooting this city. Some people can say they get sick of shooting the same place over and over again but I don’t. It’s always looks and feels so different anytime you go. I don’t think I could ever really get tired of it.

This was taken while walking around the Tidal Basin. It was early morning, probably an hour after the sun had risen and the light was hitting these leaves perfectly. I think my favorite part of the image is the reflection of the Washington Monument in the Tidal Basin. It makes it look so long and exaggerated. Funny story is, this was actually influenced by a picture I saw at my doctors office.

I was just going in for a physical when they brought me into a little room to get my weight and my blood pressure. There was a photograph of a similar scene but taken during cherry blossom season and there was a lot more going around on top and around the monument. But I couldn’t stop staring at the reflection of the Washington Monument. I thought it was the coolest part of the image when I’m usually all crazy about cherry blossoms. I guess seeing another person’s work made me see the Washington Monument in a totally different way. It was exciting. I immediately went home to see if I had I something similar to the reflection that i saw in my doctor’s office. and I did! I took this one last year around this time. I never noticed the reflection until that doctors visit. LOL. I totally would have dismissed this picture before but i really like it. It feels like home to me <3