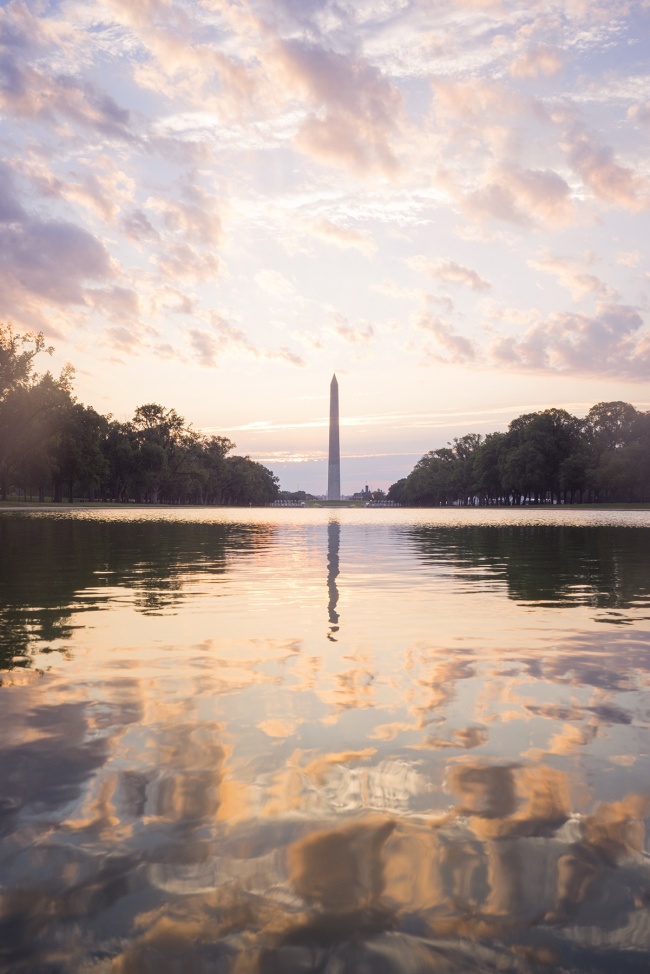 Happy Monday! Hope you had a great weekend. This image was shot last fall. See the other version of this same sunrise here.

I met up with my friend Sara to take this image. She told she had never been to DC for sunrise and we immediately had to change that. So the next morning we met up super early in the morning. I remember walking around the National Mall with her and we were talking about how it was so nice to be taking pictures. But one of the best parts was that you’re up so early in the morning that no one else is really awake. You have so much time to accomplish other things before even having to worry about calling anyone or making any kind of appointments. Just a nice way to start your morning by walking around and doing something creative. Growing up, I was never an early bird. But now that I’ve been waking up for sunrise images for the past 6 years that I can’t help but wake up early now. Even without an alarm.

In other news, I’ve been thinking lately that I need to make an updated youtube video. What do you think? It’s been a while since I’ve talked about my gear. I’ve uploaded quite a few videos about new gear that I’ve bought but those were mostly first impression/unboxings. Never really gave my opinion on what I think about the equipment now. Also, I’ve gotten a few things without tell you guys as well too. So would you be interested in an updated gear video? I think it’d be fun. Let me know if you have any specific questions and I’ll try to add that into the video as well.

To be honest, it may be another week or two until I actually make it. I have another video in the works before that one. You’re going to LOVE it.