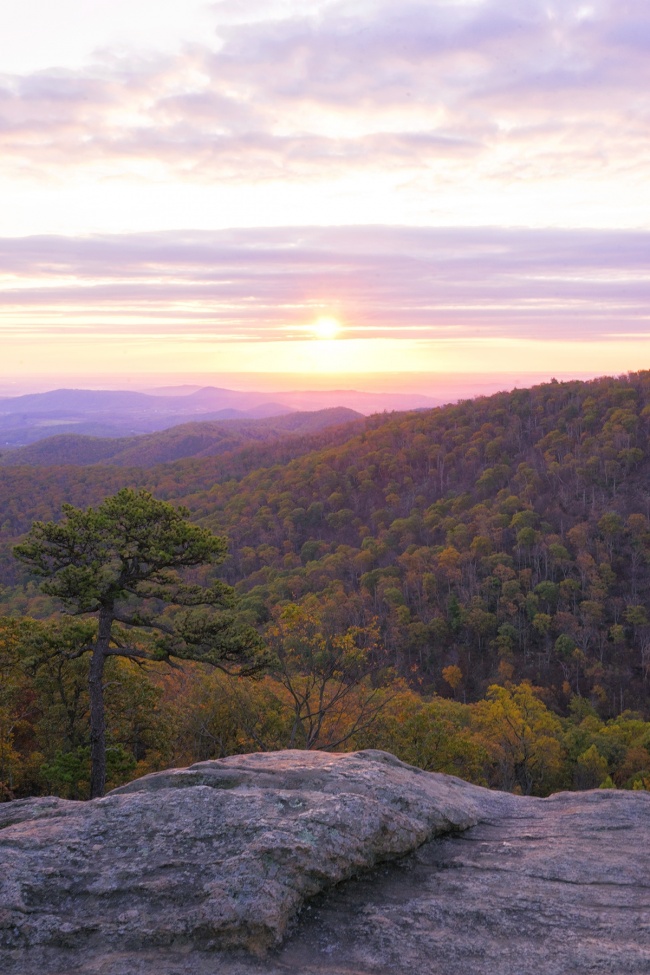 After last week’s foggy af sunrise, we decided to go back to Thorton Gap and try it again. Y’all know how much I love fog, but last week was a bit too much. This time the visibility was at 100%. We actually got to see the sunrise this time! There was no fog whatsoever and I wasn’t even mad. It was a beautiful morning and it felt great to just sit outside and enjoy the outdoors.

Fall foliage report: A lot of the trees were still green but the trees that did turn color, seemed to be pretty bare. I think it was the harsh winds that we got earlier in the week knocked down most of the colorful leaves. But is it me or do the trees in general just don’t seem to be as vibrant as they have been in previous years? Oh well. That just means that I gotta keep trying.

Shooting directly into the sun is fun but editing the image is not. I tried editing this one particular image so many times but could not get it the way that I wanted it. I think I have at least 4 drafts of it saved on my computer. It was either the colors of the trees or the shadows in between that kept on throwing me off. I finally came up with this version and I think I’m satisfied with it. My favorite part of the image is that slight sun reflection on the rock in the foreground. That little bit of pink in there is so nice. My eye immediately goes to that part of the image every time I look at it.