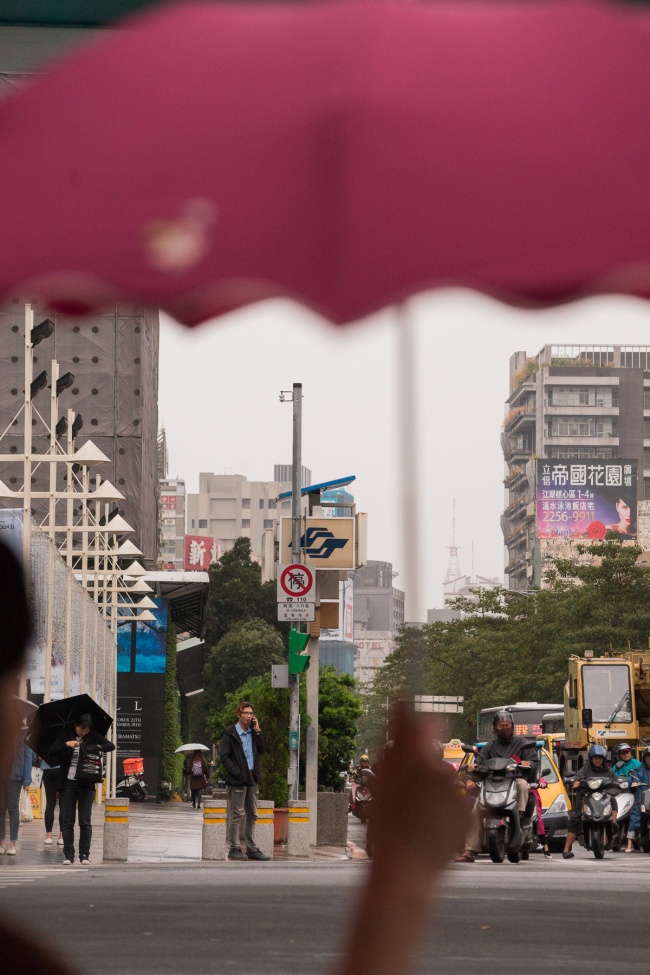 Prior to leaving for Taiwan, I would keep on checking the weather because it literally said rain every single day that I was going to be there. Even though it was forecasted, luckily it did not rain every day. We somehow managed to arrive at the island at the very beginning of a typhoon. Which is crazy because I thought they only happened in the summer months but this one was coming in the middle of November. We were lucky because it wasn’t going to hit Taipei. It was forecasted to hit some other part of the country and Taipei was only going to get a little of the residual.

But that didn’t stop me from taking my camera everywhere I went. This image was captured while I was wandering around in the streets one day around lunchtime. I was trying to capture all the scooters lined up at the red light when a woman and her umbrella walked passed my camera. I love the way that it turned out and the accident framing. One thing that I loved about this forecasted weather was that even if there was a slight drop of rain from the sky, everyone had an umbrella out. It made for AMAZING street photography!