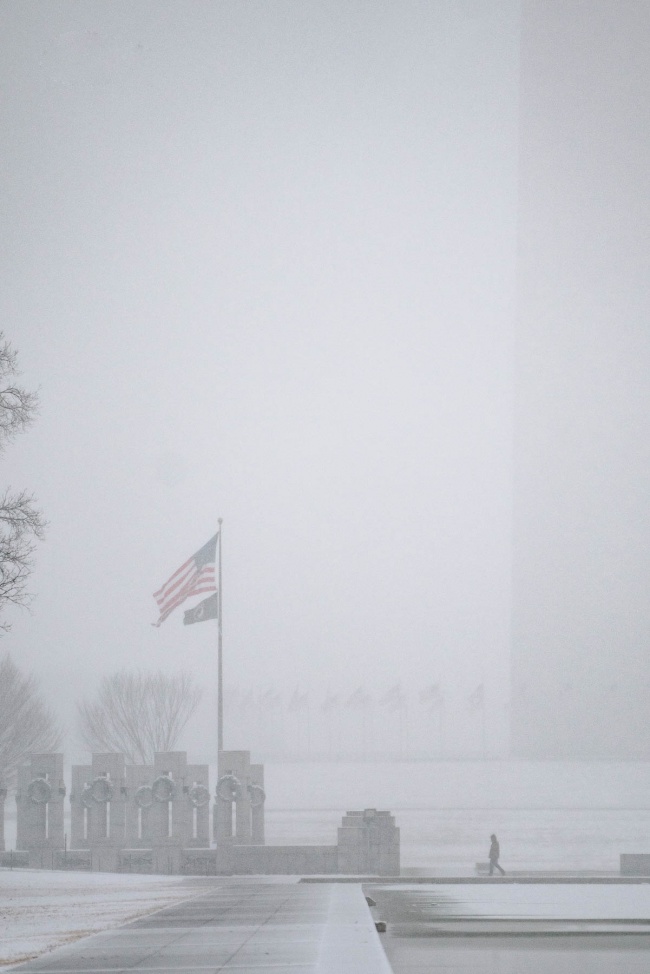 It finally happened! We finally got some decent snow in the Washington DC area. I originally thought we were going to get pounded by 8-12″ of snow and I was jumping up and down from excitement. But in the end we may have gotten about 3″ if that. I’m just happy it was enough to cover the grass. I hope there will be more opportunities later on in the month for snow, but until then, I’m happy with what we got. 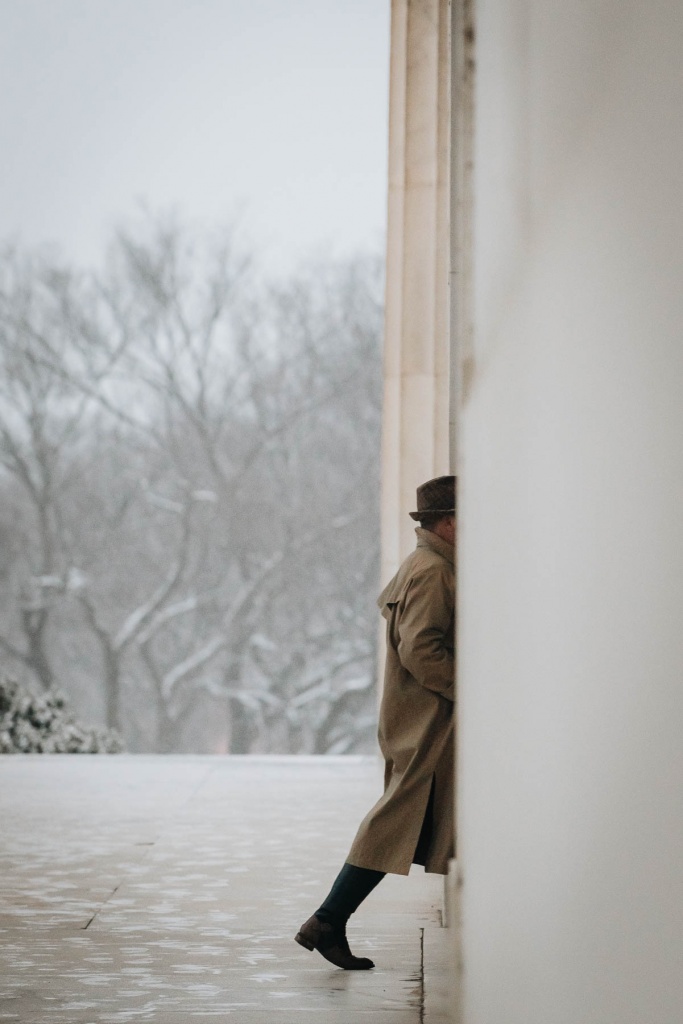 I don’t think he wanted his picture taken so as soon as he saw me lift my camera to my eye, he made a sharp turn for inside the Lincoln Memorial

The snow started in the middle of the night so I set my alarm clock to wake up for sunrise. I knew there wasn’t actually going to be a sunrise, but I just wanted to get out as early as I could because I love the look of fresh, untouched snow. I knew if I waited later in the day, there would be more people out and I just wanted to have a quiet morning to myself and my camera. 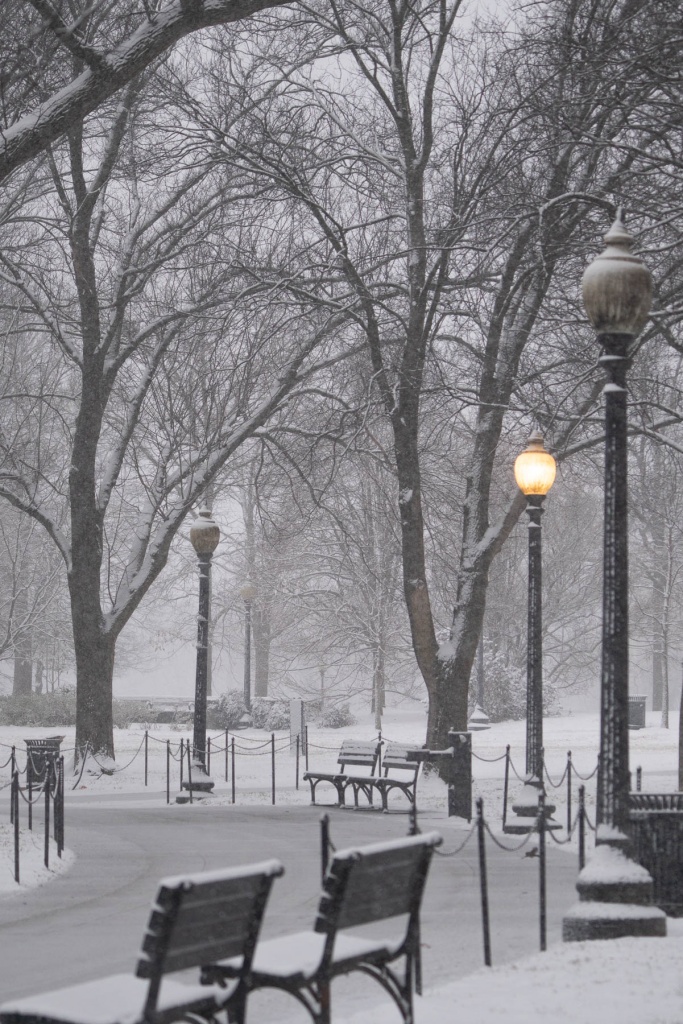 The path leading to the Vietnam Veterans Memorial.

The nice part about going so early in the day was that it was so quiet. There were still other people there, but it seemed like everyone was just standing around standing in awe of the snow. 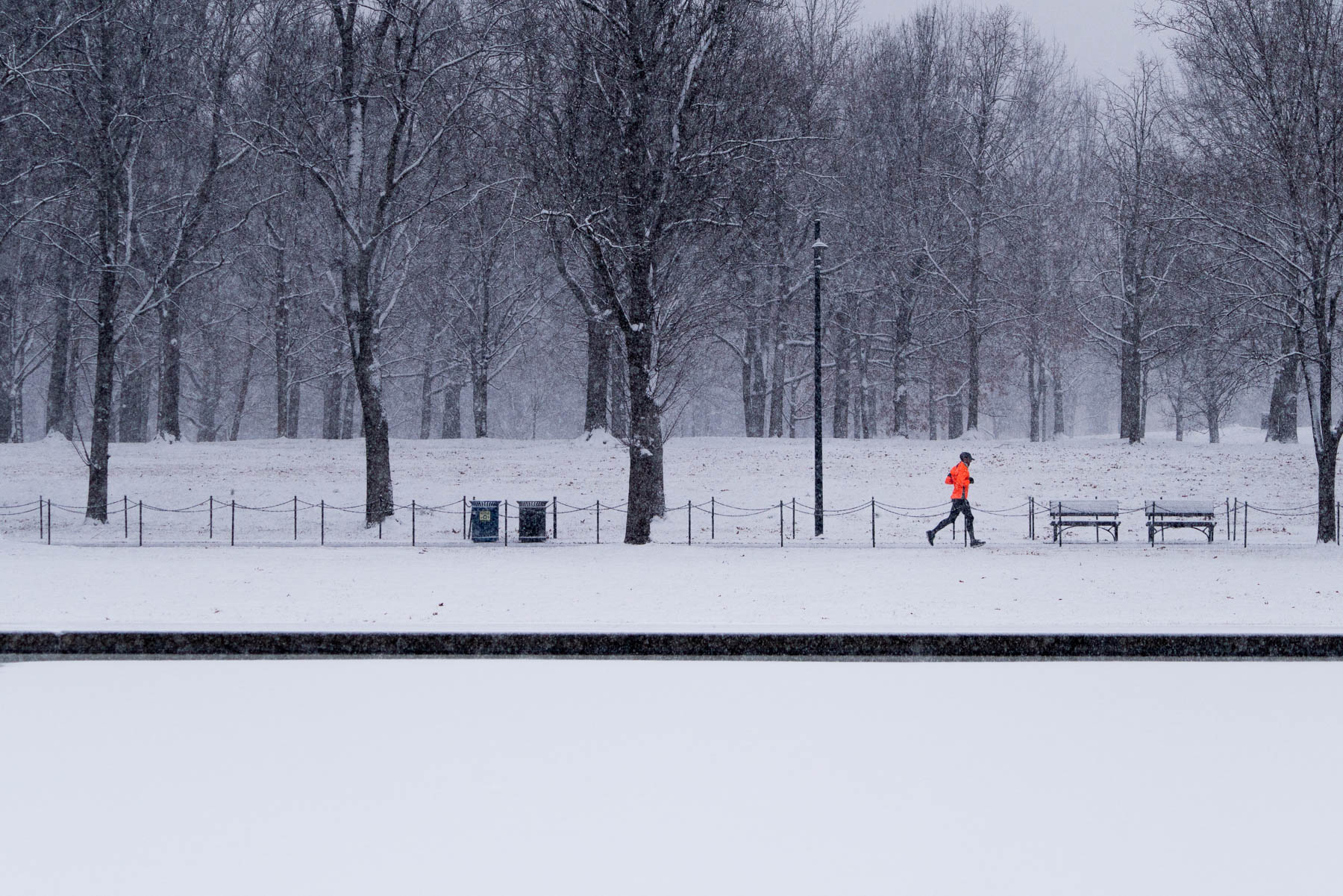 But that also didn’t stop the runners of DC to stop running. I was so surprised to see how many people were still keeping up with their cardio on this snow day. 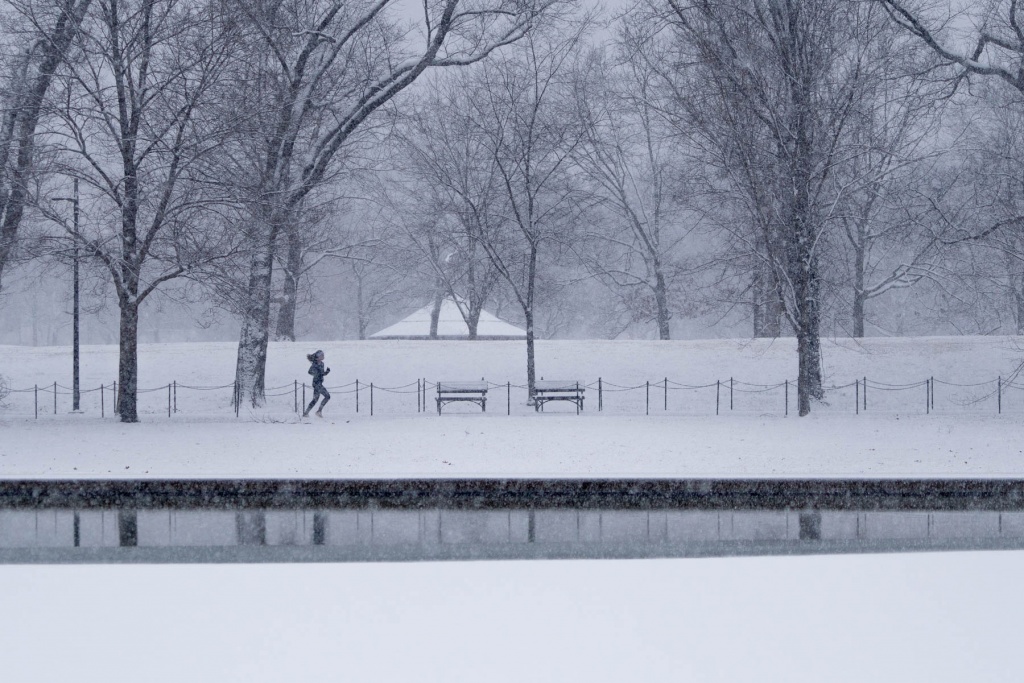 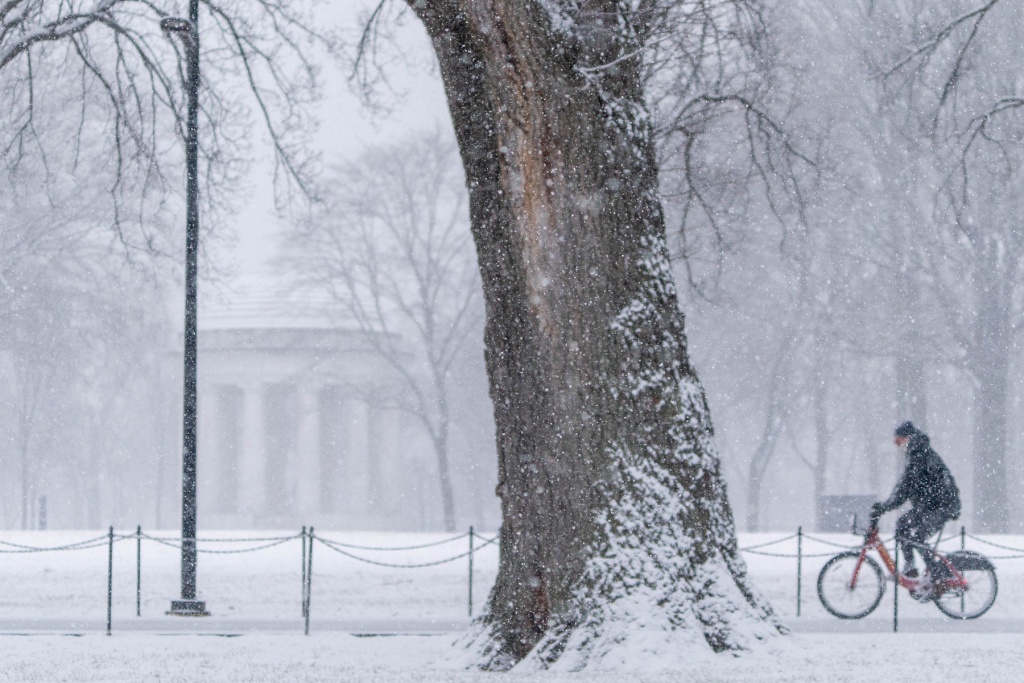 I’ve always said that I love the National Mall in the snow because I think the white on white looks so classic and beautiful. However, it was snowing so much while I was out that a lot of these images actually look like they were black and white. In actuality, they are all full color 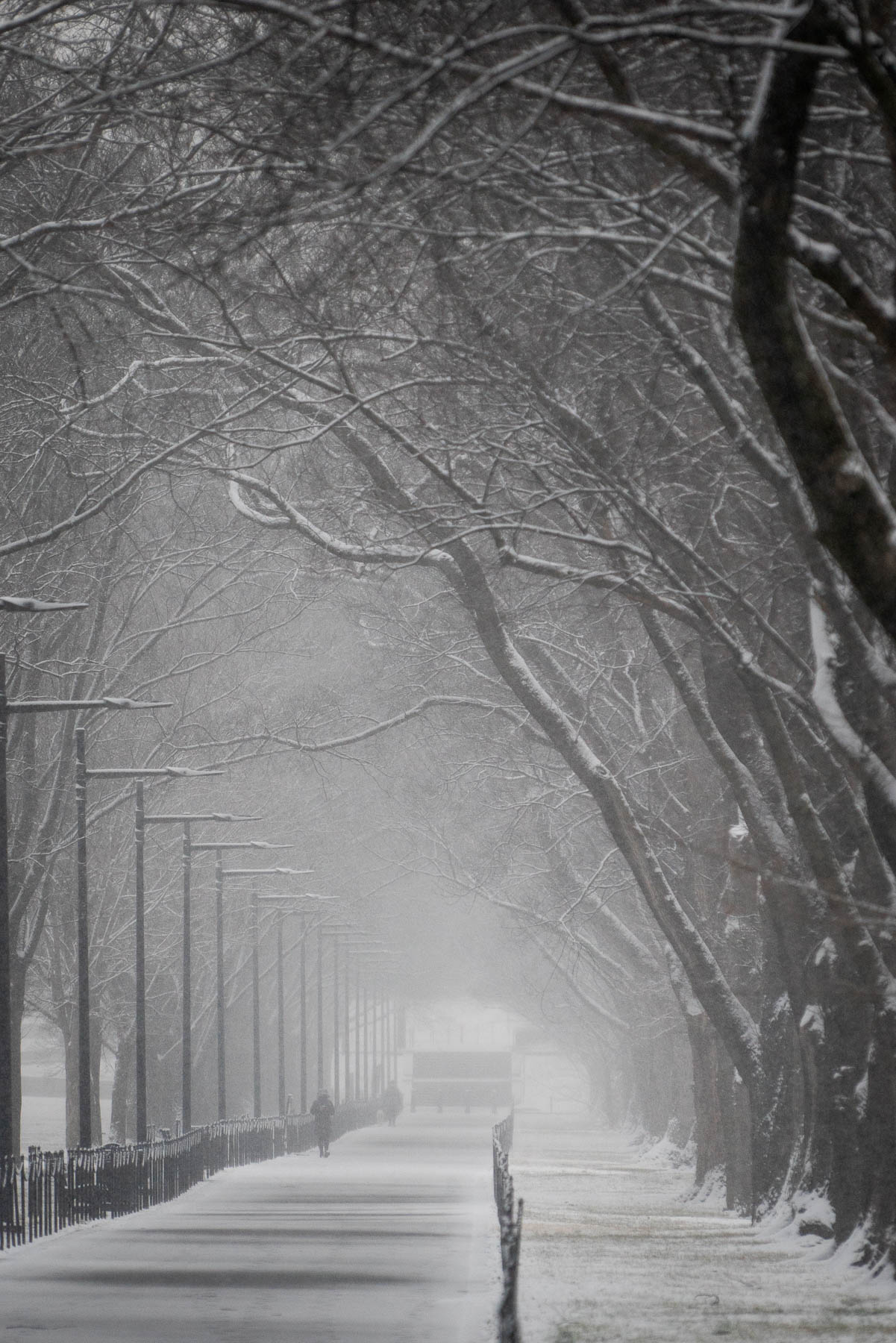 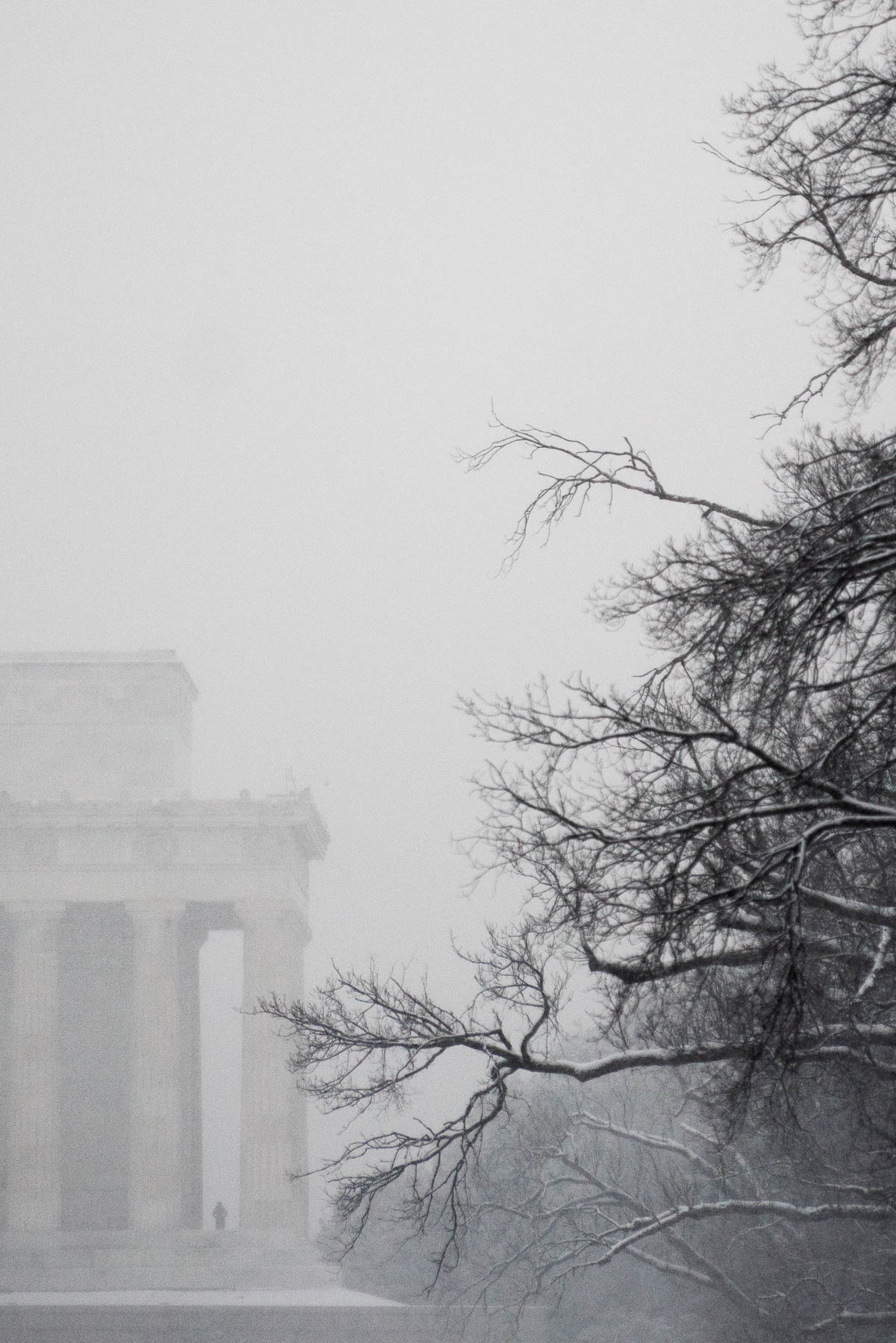 Another nice thing about going by myself to capture these images was that I was not on any sort of timeline. I was free to go wherever I wanted at the pace I wanted. I found myself walking along with the Reflecting Pool and taking long pauses just to look around, look at what was behind me, and just appreciate how beautiful everything was. 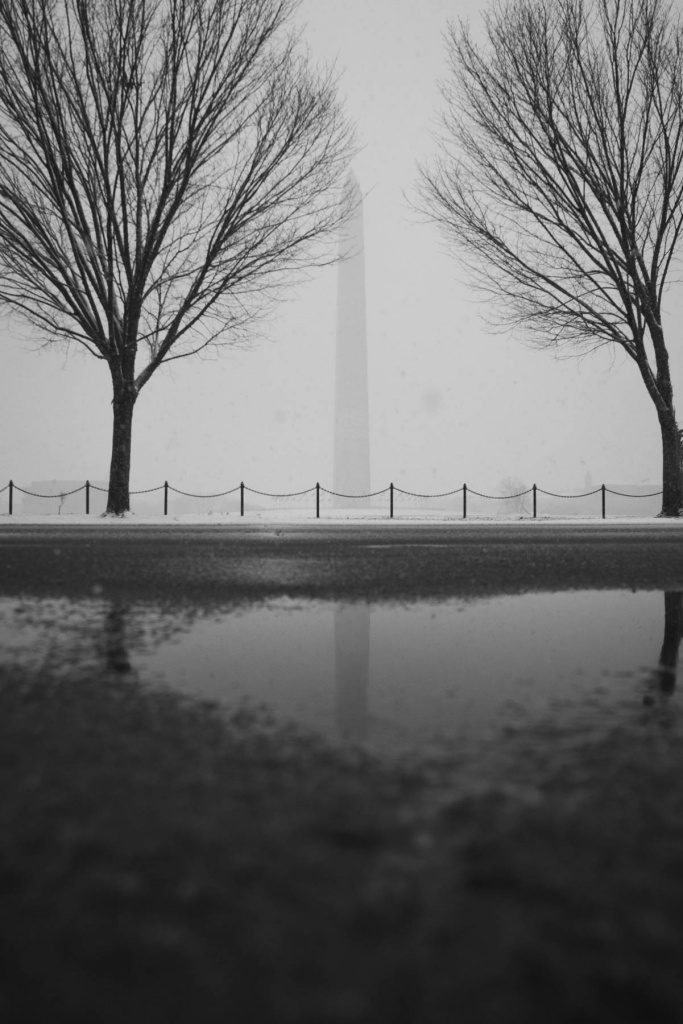 Found a little puddle on 17th street. Luckily there were barely any cars out on the road.

I ended being out there for more than 2 hours. 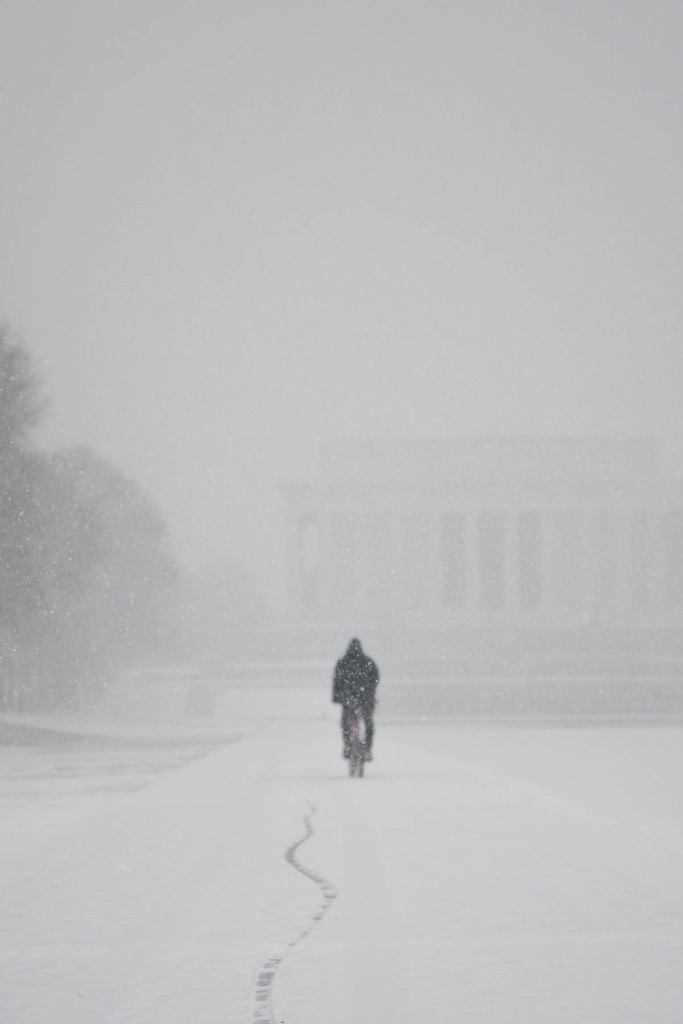 How did he not fall in the snow on a bike?

My final stop was the Korean War Memorial. It’s a memorial I don’t photograph often but one that I think looks better during different weather patterns like snow and fog. So when the opportunity presented itself, I had to stop by. 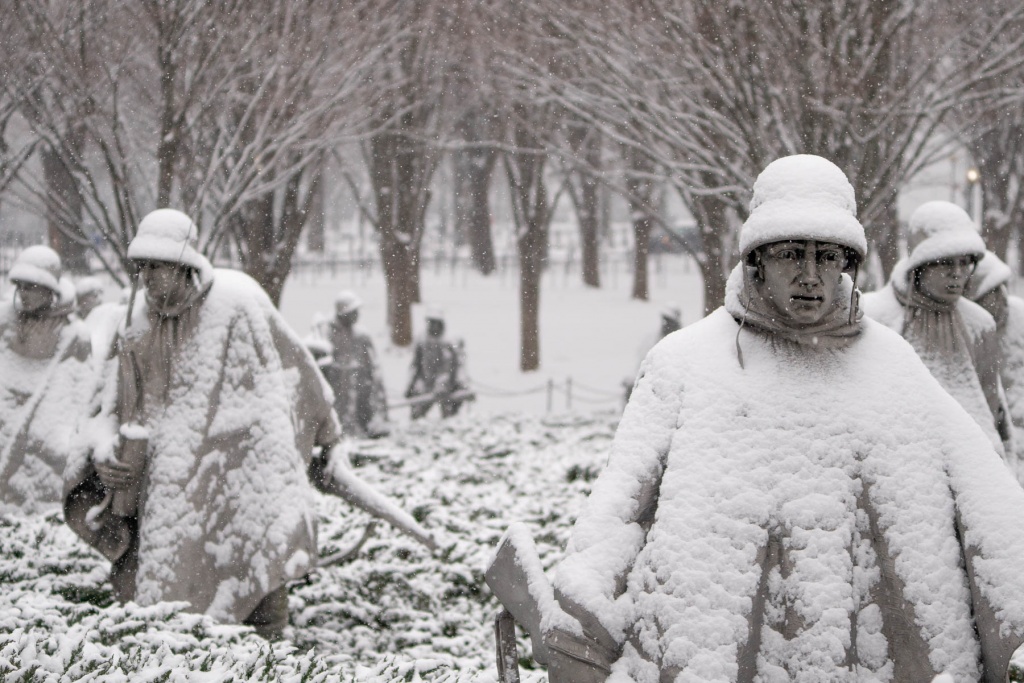 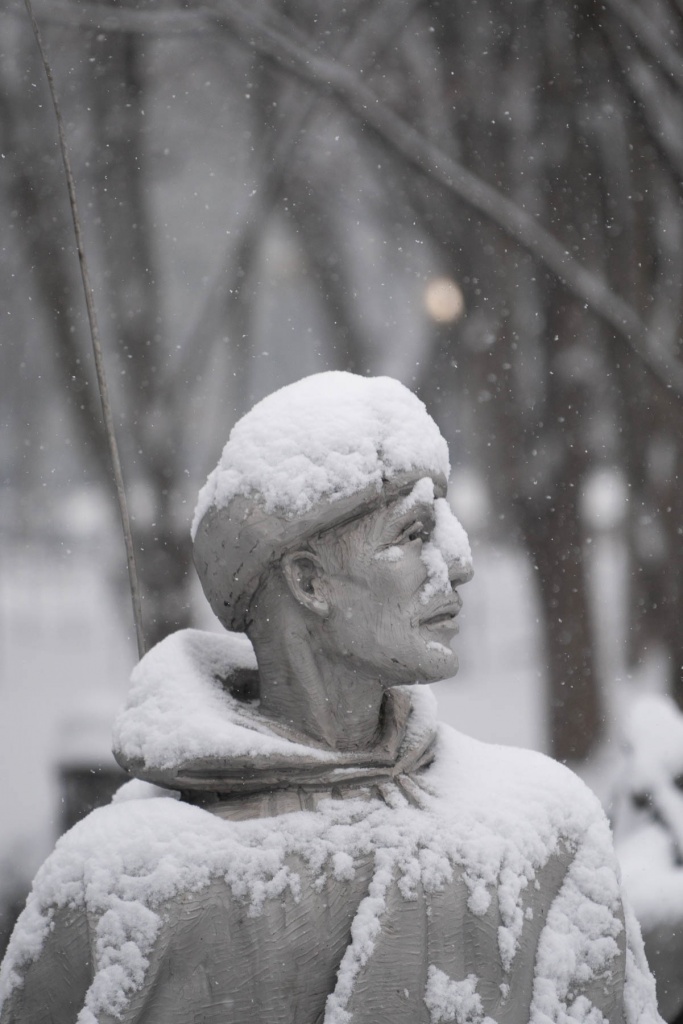 Crossing my fingers for more snow this month! Then as soon as March hits, the weather can warm up so we can start prepping for CHERRY BLOSSOMS!!!

Stay warm out there!