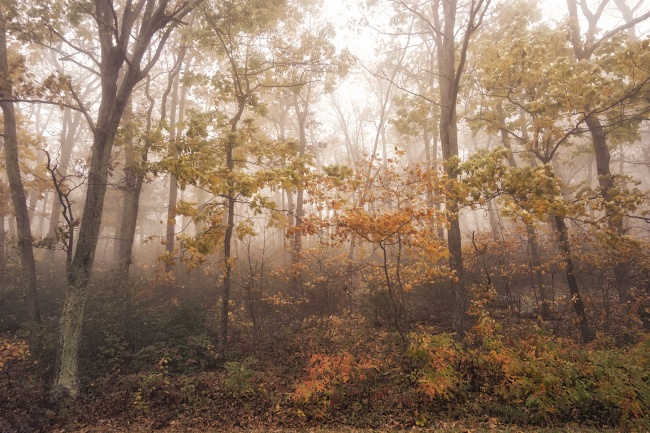 Sometimes I’ll get into these zones and edit a whole bunches of images all at the same time, store them onto my desktop folder called “haven’t blogged yet” and then totally forget about them. This is the case with this image. I took it last week when it was crazy foggy at Shenandoah National Park and didn’t even bother posting it on instagram or anywhere else. Umm whoops?

In order to get into these zones, I’ll put on my ear phones and not even think about anything else other than the music I’m listening to and the image in front of me. It’s so fun. Although if you were looking through my window I’d look like a weirdo because I’ll be bopping my head and flinging my pointer finger around to the beat of the music. HAHA

To be honest, I’m probably done with Shenandoah National Park for the season. I’m going to try to concentrate on photographing more local areas to me like Great Falls Park and DC for the rest of the fall time. It’s not that I don’t love going, it’s just exhausting waking up so early in the morning, spending a couple hours there and then driving back. I usually won’t be home until the afternoon and it feels like most of the day has gone. But who knows? Maybe there will be a sunset shoot or night time shoot in my future? We’ll see!