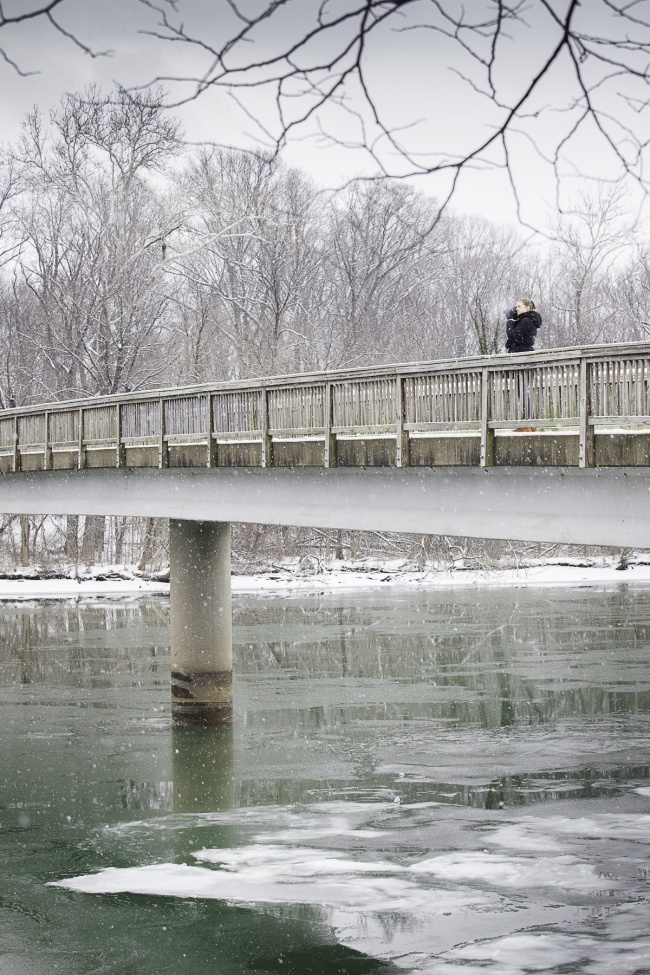 I’m pretty sure it was my lucky week last week because we ended up having 2 snow days! The second came totally unexpected to me. I think I was so concentrated on the getting news updates about the polar vortex and how cold it was going to be on Thursday that I did not even see the snow on Friday coming.

From what I saw the day of, it was only going to snow a little bit for a few hours in the morning. I think the weather people were estimating an inch or less. But it ended up snow pretty much all day. I’m so glad because I was busy in the morning which left the afternoon for me to play in the snow with my friend, Birch.

We first met up at the View of DC so we could capture the whole city in a blanket of snow. But it was snowing so much that the visibility of everything was really low. While we were up there, we decided that we wanted to get back onto ground level and see what it looked like from Roosevelt Island, in particular the bridge. There was something that bridge that Birch really wanted to capture so we went for it.

Out of all the times I’ve been to Roosevelt Island, I’ve never actually crossed that bridge. Weird, right? So glad Birch suggested going out there because I love this image of her. I love the ice in the water that formed during the polar vortex, I love how you can see the snow falling but I also love capturing Birch in her natural state. LOL. Also having that extra snowflake blur on her is very interesting to me. A happy accident that brings just a little bit more attention to her and her camera 🙂