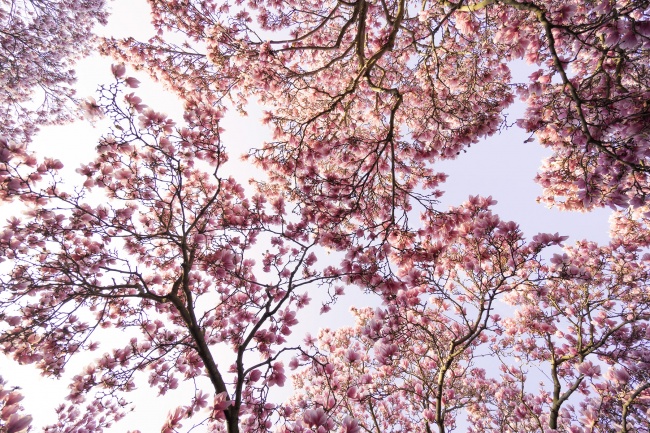 So when I was trying to come up with a blog post idea for today, I actually google previous blog posts I created on this same day but in previous years. The best part about daily blogging is that I had at least 5 other posts I could refer to. The best part was that all of them were flower images too. That just added another check mark to the consistency tracker. LOL.

This blog post is paying an homage to the one I created on March 21st of 2016. Click here to see it. That image and this one were probably taken on the same day behind the Smithsonian Castle at the Enid A Haupt Garden. The best part about it is that in the caption I wrote, “I feel like if I ever had a book about my life, this would be the cover”. Well, the story about my life has yet to be written but little did I know that less than 2 years later, I would actually write a book. CRAZY! That image didn’t end up being the cover but I felt like that was foreshadowing to what really happened.

Fast forward 2 years, swap the magnolia flowers for cherry blossoms and it’s almost been a full year that Snap DC has been published. I still can’t believe it and it’s probably one of the projects I’m most proud of. I still get messages from people about how they’re using my book and feel inspired by it. I can’t tell you how happy that makes me. And if you haven’t checked it out already, I definietly talk about my favorite places to capture flowers around the Washington DC area and the Enid A Haupt garden is on that list because of beauties like these.