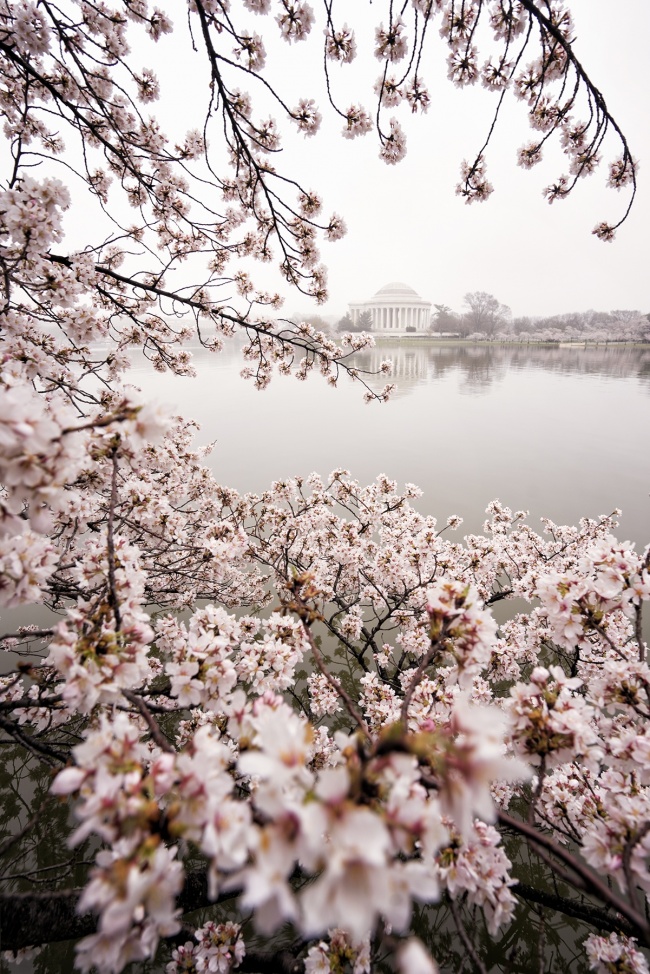 It finally happened! The cherry blossoms peaked! And they are so much better than expected. They actually look like what they’re supposed to. Fluffy white/pink clouds on trees. It’s what I’ve been waiting for all year long. Previous weather reports said that only 50% would blossom. I’d disagree and say there’s at least 75% going strong. Obviously there are some trees here and there that didn’t quite make it through the spring-winter, but the ones that actually did are so worth it.

Yesterday morning I woke up, pulled out of my drive way and the first thing I saw was the fog. For some reason my first reaction was a malicious laugh. I was so excited to check out how the fog affected the Tidal Basin. The water levels were high, the fog was amazing and I had a blast walking around all morning. I felt like the more the day went on, the better it got. Eventually the fog was was dense that you couldn’t even see the Washington Monument or the Jefferson Memorial. It was nuts. (But so perfect at the same time). I shot this image right before the Jefferson got totally covered.

I shot this at F9 1/20th of a second ISO 200 with my 28-70mm. If your camera has live preview, I’d highly recommend shooting with that feature. I feel like I can compose my images so much better when I’m in live preview as opposed to using the eye piece. I think it’s because you can see EVERYTHING plus its just an easier perspective to see. I don’t think I would of been able to see this image without live preview.

The end of the morning was a bit crazy however. I was taking some final images when I ran into my friend, Alana. I said “hi” to her and my tripod fell into the the Tidal Basin!!! How CRAZY IS THAT?! I still can’t believe it. I think I’m going to have to make a youtube video to tell you the whole story.