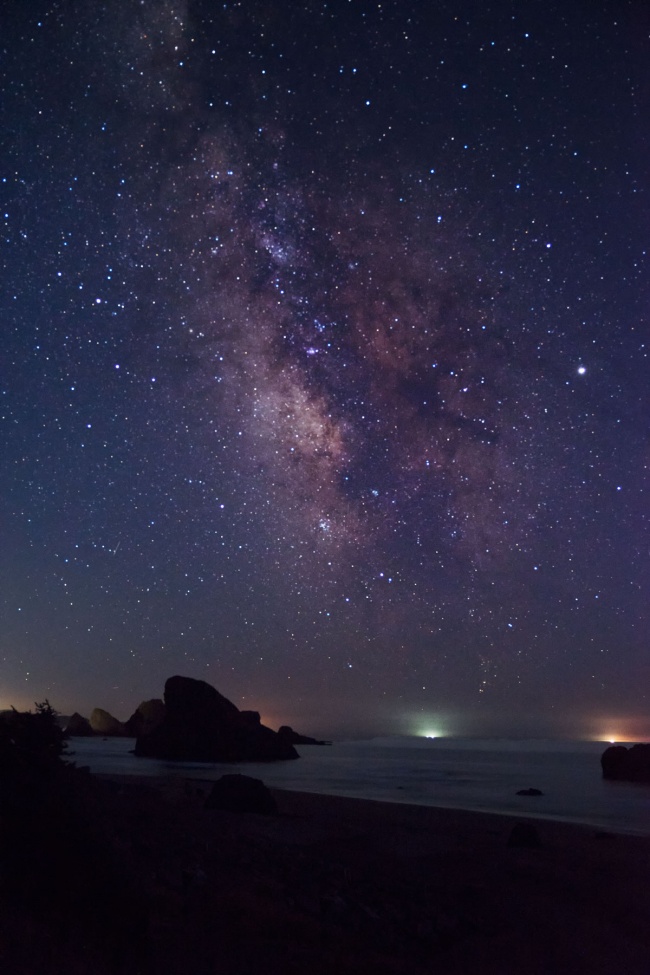 Before leaving for this trip, I had made a mental note of the new moon. I was so happy that we would be along the Oregon coast for it. I don’t make enough effort to photograph it in the DC area because we would have to drive at least an hour away to get to a decent place to photograph it. But in Oregon, it was so much easier to photograph the stars and milky way.

This image was taken at the Samuel H Boardman State Scenic Corridor in southern Oregon. We had clear skies all day so I knew this night would be perfect. Right before sunset, Andrew and I scouted different places I could go to photograph the milky way and decided on Meyers Creek Beach. One, because it’s so beautiful with the rock formations in the water. Two, because we would be able to park along the edge of the beach and not go very far to capture images. It was a win-win for everyone.

I had so much fun photographing these star images. I’m going to try to make more of an effort in the future to photograph the milky way.

My camera settings for this image is F2.8 at 10 seconds and ISO 3200 with my Sony A7II and borrowed a 24-70mm lens just for this trip. I wanted to test it out as an everyday lens but came in handy for these night shots because of how fast it is.