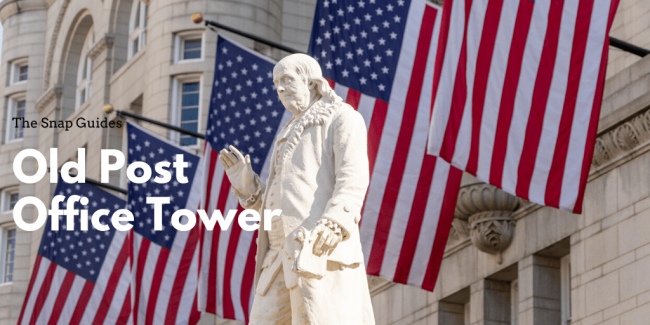 Besides the Washington Monument, there aren’t many options in Washington for someone to get an elevated view of the city. Sure you could go to a rooftop bar or hotel, but who can pass up the opportunity to go to the third tallest building in the city, for free! The Old Post Office Tower is located at 1100 Pennsylvania Ave and considered to be a part of the National Mall. It’s viewing tower has some unique views that can’t be seen anywhere else and opened daily from 9 am – 5 pm daily (last entry is at 4:30 pm) except Thanksgiving and Christmas.

In the early 1900s, this building was used as the city’s main post office. Since then has been transformed into office buildings and in 2016 Donald Trump redeveloped the property into a hotel with restaurants and retail. 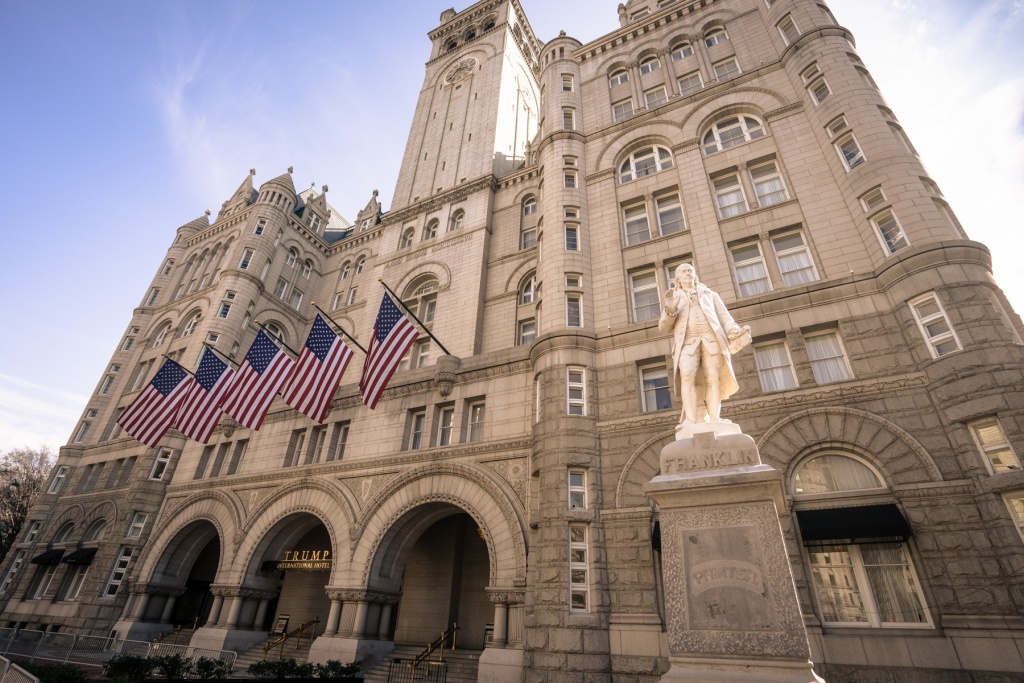 The entrance is located in the middle of 12th street between Pennsylvania Ave NW and Constitution NW, next to the Starbucks. A little tucked away but there are signs that will lead you to the entrance. As you enter the building, there is security who checks your bags to make sure you aren’t carrying anything you aren’t supposed to be carrying. You are then directed down the hall to the elevators. This hallway was particularly interesting because it had old images of Washington DC from years ago. Living in the Washington area, these are scenes I see almost every day so it’s interesting to see what it actually looked like in the early 1900s. 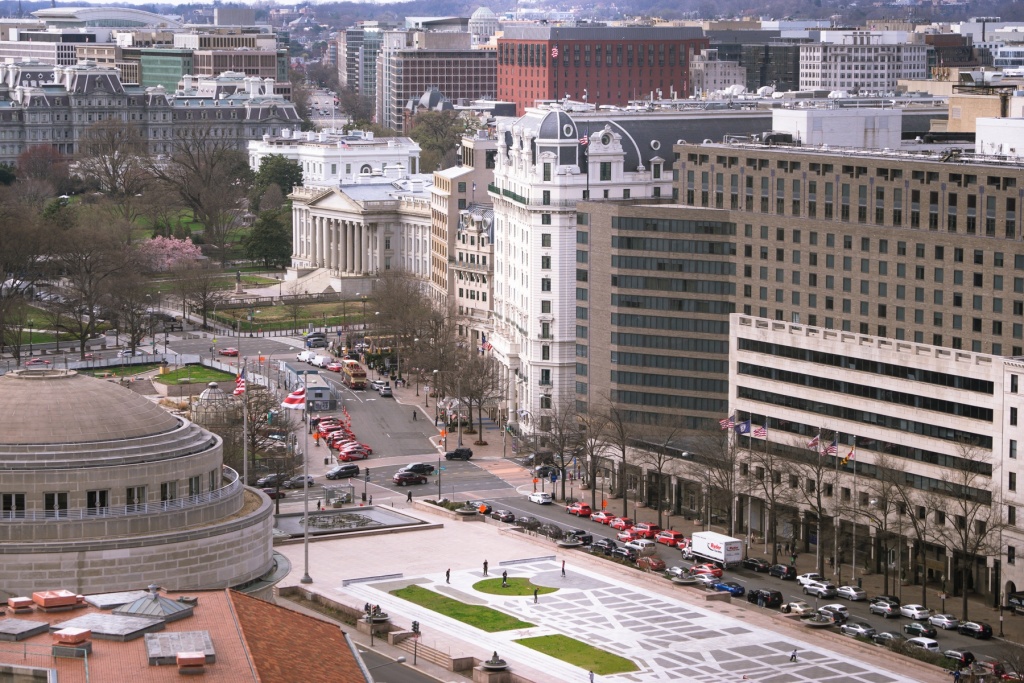 As seen from the east end of the tower, The Willard Hotel, White House and Freedom Plaza.

Once you’re up the elevator, you’re immediately greeted to panoramic views of the city. The four sides of the clock tower each bring a unique view however it’s interesting that the North and South sides of the tower are protected with glass and the other sides are covered by wires coming down every 2 inches. This also brings a lot of free-flowing air through the tower. So if you’re visiting on a cold day, be sure to bundle up! 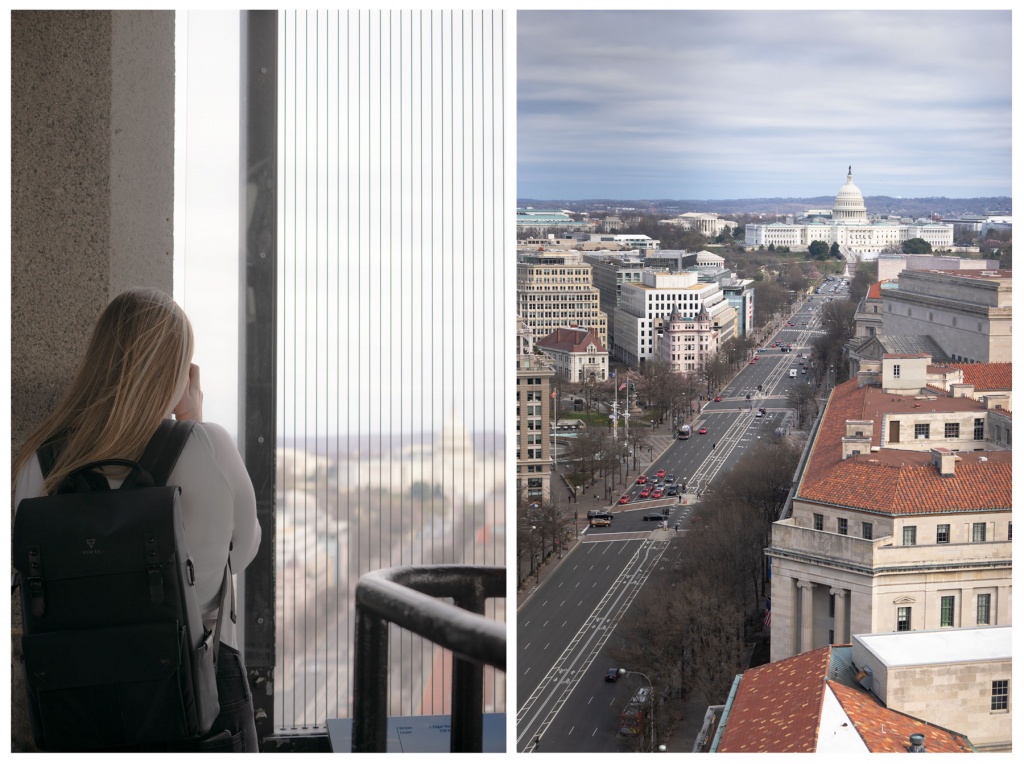 From a photography standpoint, the east and west sides where the wires are coming down are a little easier to photograph. I highly recommend bringing a zoom lens so you can at least get past the wires in your images and photograph the city without anything blocking your view. It’s nearly impossible to do this with a wide-angle lens. However, the park police that is in the clock tower will warn you not to touch the wires. I know I wanted to try to move them over a little bit so I can get an even more into my photo frame but it is not allowed. 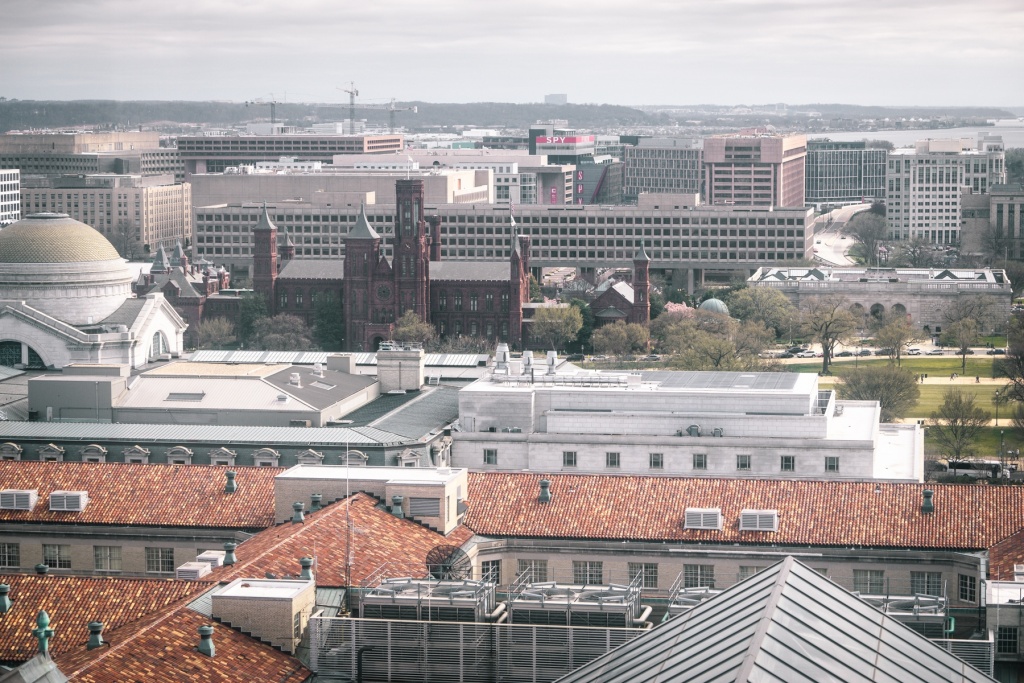 View of the National Mall seen from the Old Post Office Tower on a cloudy day facing north.

The other sides of the clock tower have windows facing north and south. When I was there, they were covered in fingerprints and smudges so I didn’t take as many pictures from these sides.

But here are a few more images for inspiration that you can take using a 70-200mm from the top of the Old Post Office. 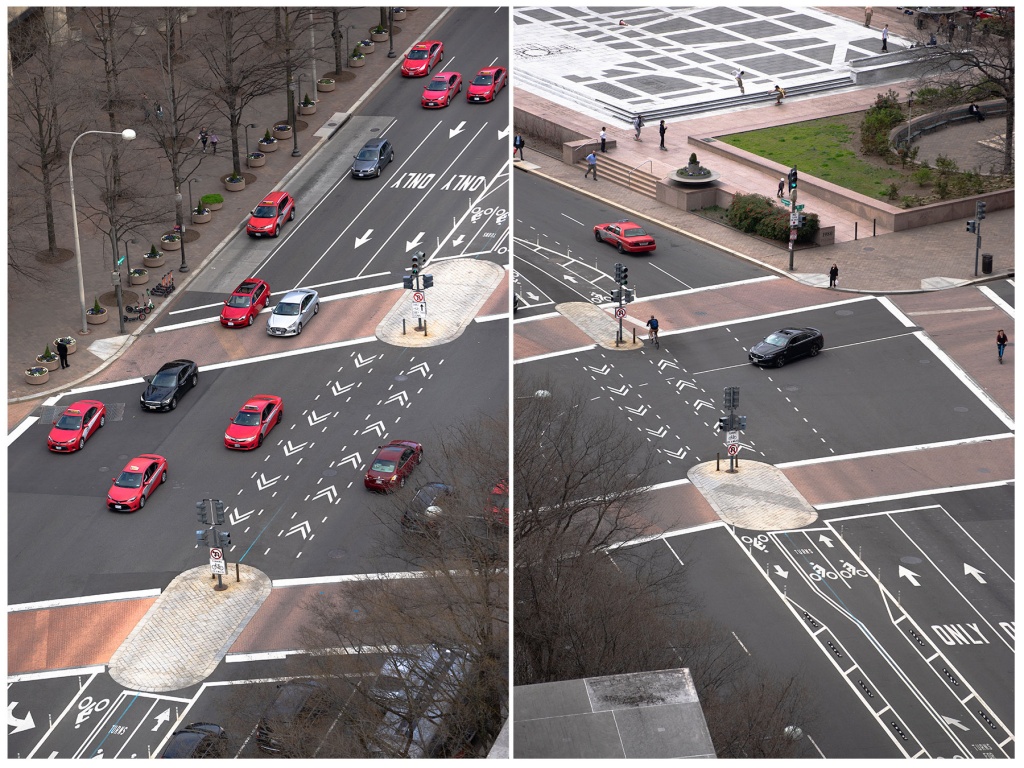 Some street scenes of Pennsylvania Ave 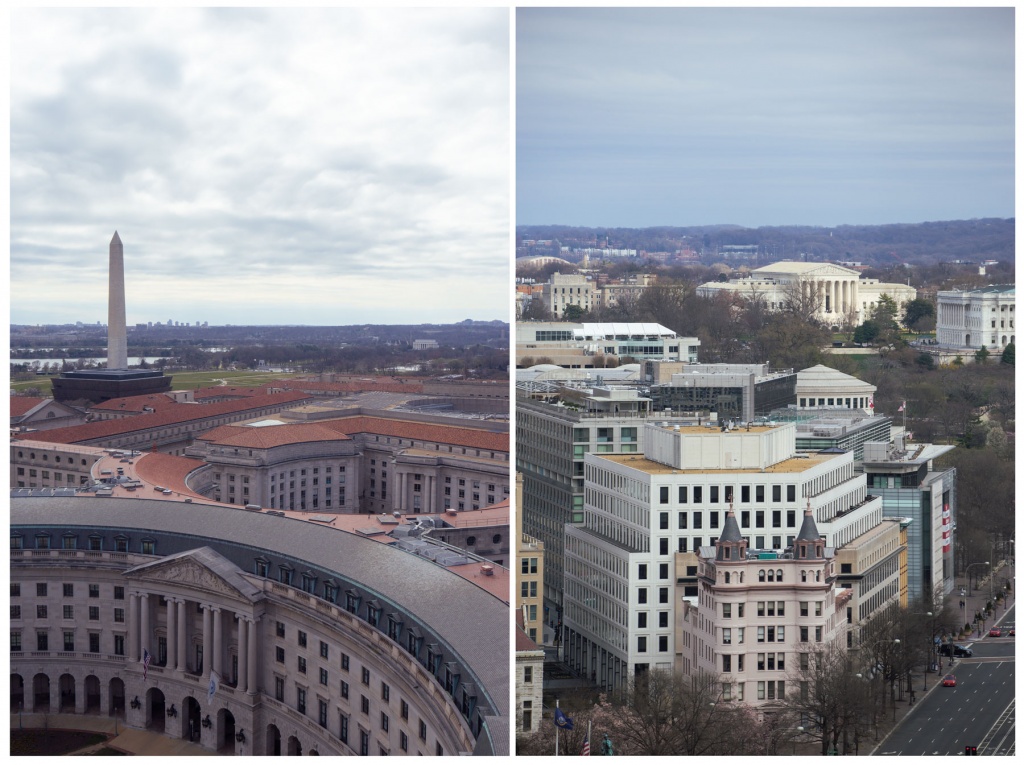 (L) The National Museum of African American History and Culture, Washington Monument and Lincoln Memorial (R) The Supreme Court as seen from the top of the Old Post Office Tower

So if you’re in the area, it’s definitely worth stopping by and taking a look. Let me know if you’ve been to the Old Post Office Tower before in the comments below! And if you’re looking for a little more Washington DC photo inspiration, check out my book, Snap DC: Your Guide to Taking Extraordinary Photos of the National Mall and Beyond…

Snap DC: Your Guide to Taking Extraordinary Photos of the National Mall and Beyond...
$32.69
Buy on Amazon