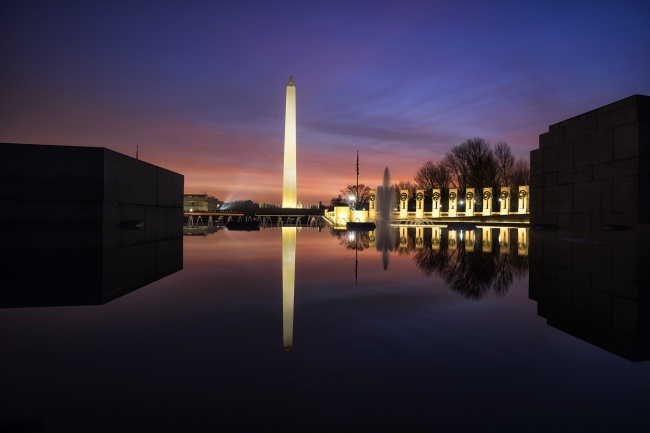 Happy Monday! I may be the only one who’s counting down the days but 6 more days til the release of Snap DC!!!!! I can’t hold back the excitement. You are going to love the guide book. It’s seriously everything I know about shooting in Washington all in one book. I don’t think there was anything more I could have added to it except for maybe this image! LOL

As a side note, there are images in Snap DC that you’ve never seen before! Images that I’ve never posted anywhere or anything. They’ve just been living on my computer so I’m excited for you to see those too!

This image was taken in December, way after the content of the book was complete. But I love it. Obviously it was taken super early in the morning. Not sure exactly the time, but this was the day that I woke up at 3:30am to shoot. See other images from this day here and here. It was so worth waking up that early too. I love how the image is pretty dark except for that gorgeous glow that’s coming up on the horizon. A few minutes later all the color was gone. So to say we were lucky to get the color is an understatement.

To be honest, it has been a while since I’ve seen a great sunrise in Washington but I’m not complaining. The weather has been fantastic lately. So even waking up super early (like 4:30a) on a regular non-spectacular sunrise day is worth it just to walk around and enjoy the outdoors. It just makes the day feel like it’s super long and I’m a huge fan of eating lunch and then taking a nap. You just sleep so much better on a full stomach. LOL.