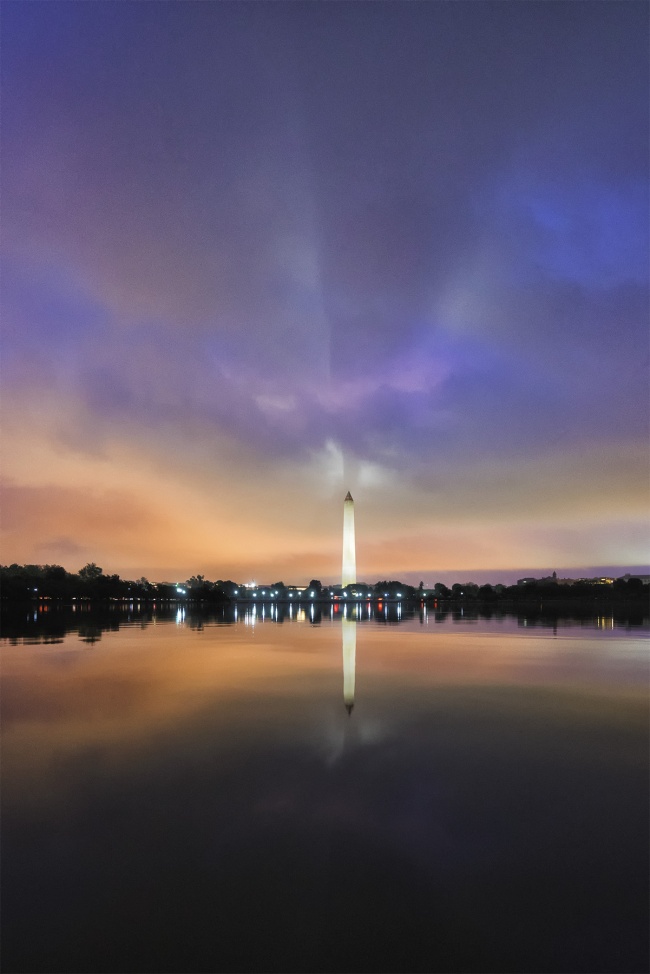 Man oh Man what a week. A freakin’ awesome week to be more specific! At one point in time Snap DC was #1 on the charts for best selling travel book in the Mid atlantic region! Does that make me a best selling author? AHHH!!!! So crazy. But I believe it’s still number one in new releases in the same category. I seriously can’t say thank you enough! I’m so excited!

This image was taken last Saturday evening after the photowalk. My friend, Zack and I stuck around the Tidal Basin for a little while to see what blue hour would look like and it did not disappoint! At one point in time the sky was doing this thing where you were able to see the shadow of the Washington Monument in the clouds! It was awesome. And in turn you were able to see all of that reflecting in the water.

But the CRAZIEST part about it all was that there were bats flying above us the entire time. WHO KNEW THERE WERE BATS IN WASHINGTON DC? Definietly not me. That was the first time I’d ever seen any. At one point in time I swear there were like 6 flying above us. It was absolutely nuts. I could not stop staring. It was like I was shooting the Washington Monument and holding my camera steady with my hand but my eyes were in the sky following the bats (making sure they weren’t coming close to us). It’s seriously something new everyday at the National Mall. I swear!

Anyways, hope you all have a wonderful Memorial day weekend! Thanks again for all the support with Snap DC. If you have received your copy already, hope you can get out there and take some awesome pictures.