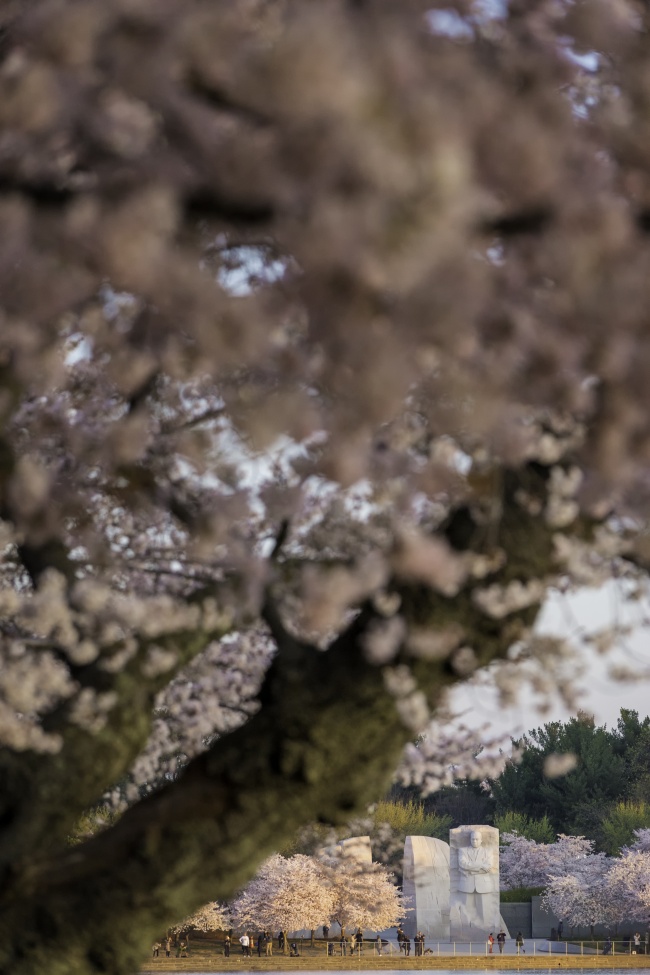 Sometimes I go through my “Haven’t blogged yet” folder and I can’t believe some of the images that I haven’t blogged yet! Like this one! It was one of the first I captured this season and I love it because of the unique perspective.

I just happened to be walking around the Tidal Basin by myself when I noticed a group of people taking selfies. They looked like they were having fun so I didn’t want to interrupt them by walking past and being in the background of their shot. So I stood there a little while until they were done. But that’s when I noticed that to the right of them was a straight shot of the Martin Luther King Jr Memorial statue. Now that I think of it, I don’t know if they were capturing the memorial or the cherry blossoms in the background but the sun had just come up a little and the light was shining very nicely on the memorial and the trees surrounding it. It was like the beacon in the middle of cherry blossom trees and just screaming for me to capture it.

I probably spent a good 10 minutes just standing there trying to get this shot how I wanted it. It took longer because there were floating heads in some shots from people walking in front of my lens but it was totally worth it. I feel like the lighting and the framing worked so well to bring attention to the distant memorial.

I’m actually surprised because it doesn’t even look like there’s that many people in front of the memorial. Usually there are wayyyy more people during cherry blossom season.