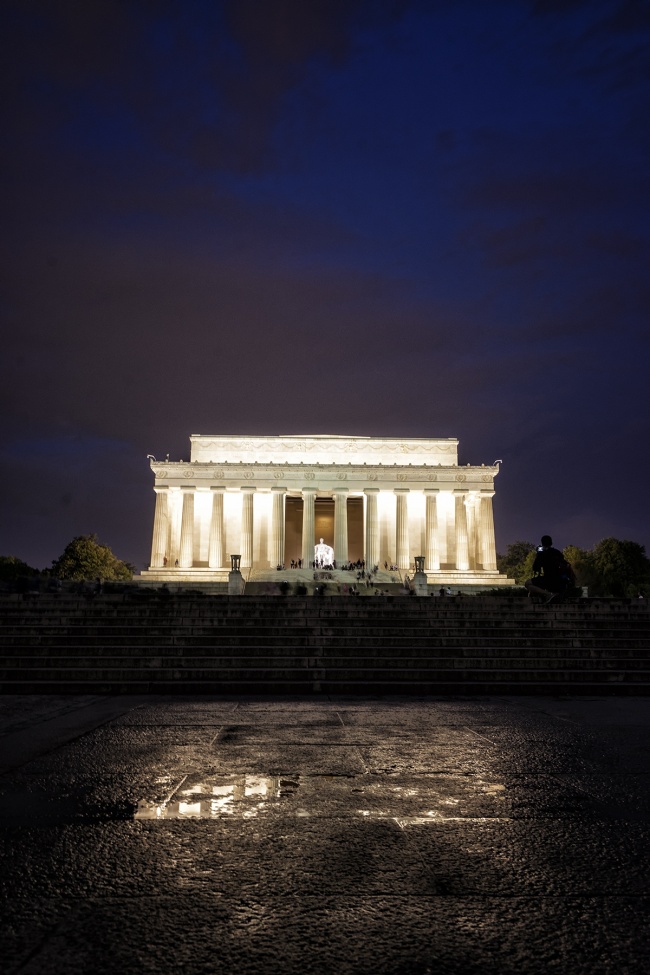 During cherry blossom season, I was obsessed with finding puddles. I made it a mission to find whatever reflection I could get and try to make it work. So I figured after Monday’s rain that there would be tons of puddles. Wrong! There were hardly any. Even the ones that I knew that had to be here, were not even there. It was so strange. It was almost like it didn’t even rain. Oh well. So I was happy when I saw this one itty bitty little piece of reflection.

At one point while I was shooting other potential reflections, this couple from Panama came up to me. They told me that they owned a camera store and were desperately trying to get their kids in to photography. I must of looked like I had the biggest question mark on my face because I think they were trying to ask me for advice. I dunno? Give them a kick-ass camera and tell them to go play? That’d definietly motivate me to get more into photography. They were also super impressed by the fact that I’d get down low for my shot. So I showed them some of my images on my camera and for some reason I felt like they were really happy for me. The kind of look that only parents give. They were so sweet. I think it’s awesome that they were pushing their kids toward the creative side. At the end of the conversation they invited me to go Panama to eat sea food with them and visit their camera store. I have no idea what their names were or even where they live in Panama but it was so kind of them to stop and say such nice things. It really made my night that much better.