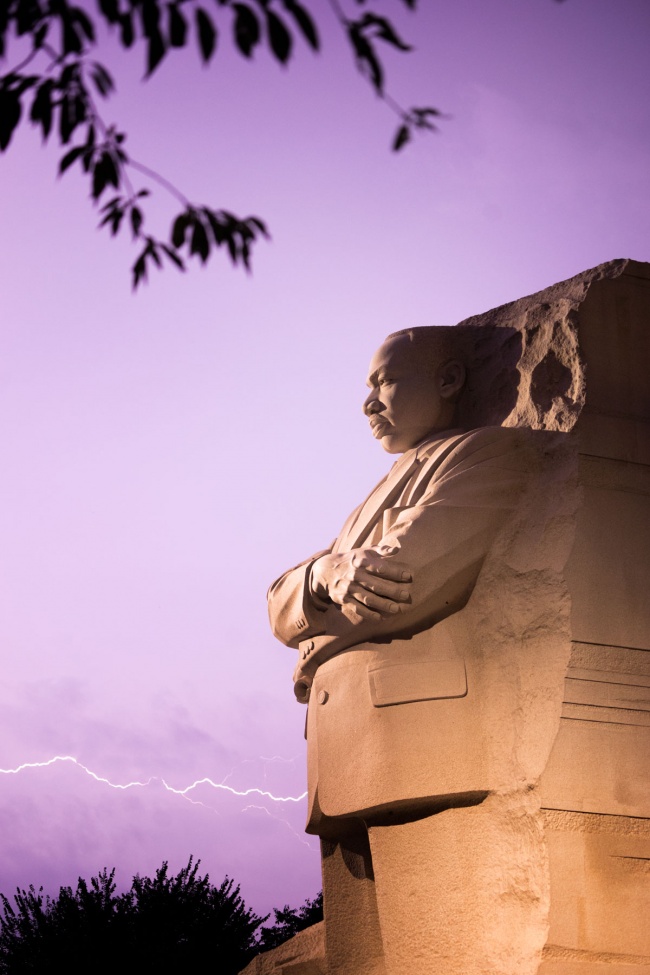 So I have to admit, I was a little hesitant to post this image. I wasn’t sure if it was appropriate but it’s such a cool shot! LOL.

I captured this image the same night I was out with my friend, Zack storm chasing. We actually started off the night at the Lincoln Memorial, figured the storm was moving in a direction that it would look cool at the Martin Luther King Jr Memorial and then eventually ended at the Washington Memorial. I didn’t expect the lightning so I didn’t have my tripod so to capture this, I was using the flower beds in the middle of the walk area as my support. But it’s so funny because this was the first shot that both Zack and I took at this location and we both caught the same lightning strike with the same point of view. LOL.

I blame the low hanging clouds. The clouds were hanging so low and heavy that there weren’t that many huge strikes that evening. If there was, they seemed to crawl horizontally across the sky. And since I was using the flower beds as support, I couldn’t fully see my composition so it was a happy surprise to see the leaves on top of the image. I think it frames everything so well.