Lightning Strike at the Capitol 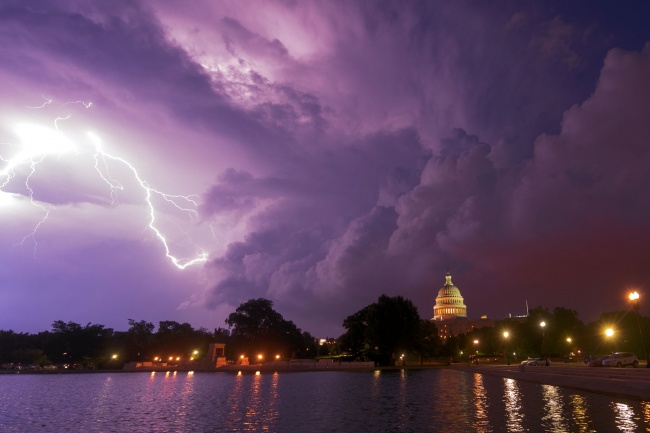 Going through some images I took earlier in the year, I found this gem. I had no idea I captured the lightning because the exposure was actually pretty dark. I thought maybe a lightning strike hit behind the clouds or something but it was the bright light on the left-hand corner that caught my eye where I thought it could be something. So in Lightroom, I brought up the exposure and found the lightning strike! It was so exciting. Probably almost as exciting as capturing it, even though I didn’t know I had captured it at all.

It brought back all these memories of that evening. Obviously, I knew I captured this one and waiting out the rain on the west side of the Capitol was awesome because we didn’t actually get wet. But it’s always a good time storm chasing with friends. It makes the time go by so much faster.