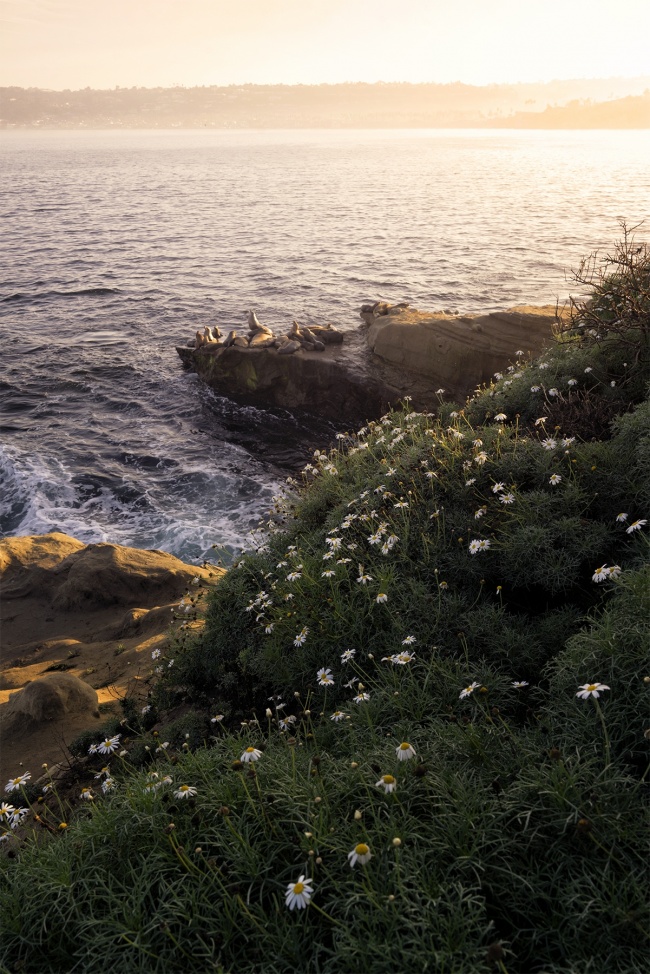 Last summer when I was in San Diego, my friend, Sue and I spent a crazy amount of time at the La Jolla Cove. It was not intentional, it just happened. We had just finished driving cross country from northern Virginia and we were exhausted! Obviously we made stops along the way but our average drive everyday was about 8-9 hours. So by the time we arrived to our final destination in San Diego, we just wanted to chill!

We only had one full day in San Diego so we wanted to make the most of it. We spent the morning at the La Jolla farmers market sampling some of the finest vegan cuisine that SoCal had to offer and then walked over to the cove. That is when we spotted all the sea lions and seals on the rocks and it was pretty much over from there. There were so many of them! Neither one of us could not stop squealing at how cute the animals were and accidentally ended up spending more than 3 hours at the cove. LOL oh well. It was a much needed break and a great way for us to relax.

So this time around I knew that I had to go back and see my friends again. There weren’t as many of them out as there was last time I was here, but it was still cute none the less. They look like they’re loving that early morning light. I love watching them swim around, climb on the rocks and interact with each other. It’s like they are wet dogs. LOL.

Click here to watch my video from our road trip. It was a blast and a half!