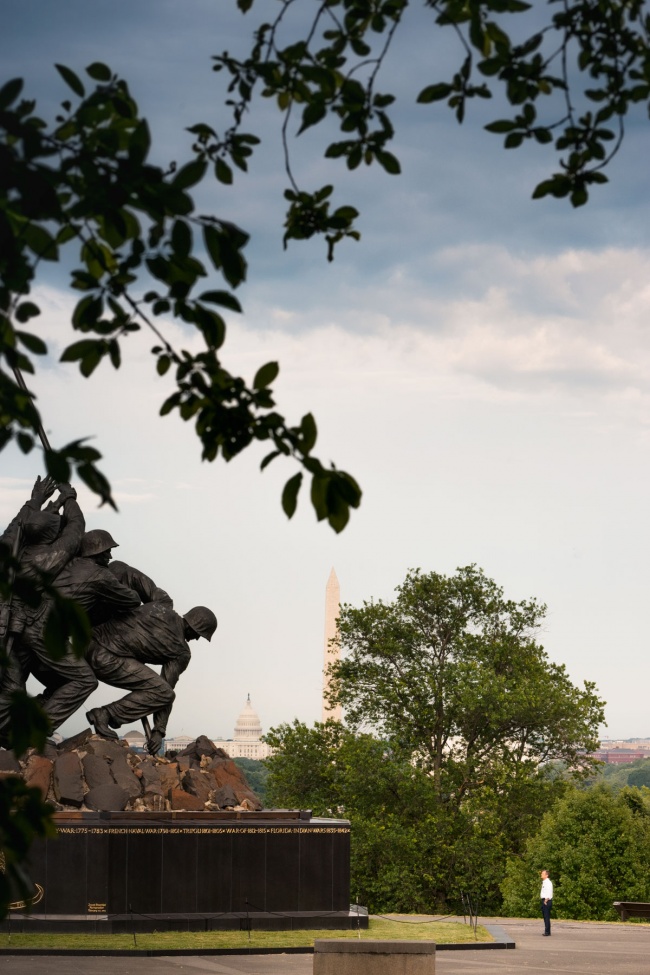 Now that I’m feeling a little better, the blogs can go on as normal 🙂 Thank you for all your kind messages. They really made me feel better quicker.

I had been holding out on all the images I captured during Memorial Day weekend because I really wanted to be more thoughtful with those blog posts. So here it goes…

This image was captured the Thursday before the weekend had even started and it was totally unplanned. We got really heavy thunderstorms in the afternoon that seemed to have come out of nowhere and then all of a sudden, we lost power. With no power, Andrew and I were just bored, staring at each other so we decided that we may as well as go out and take pictures. Well, I was taking pictures while Andrew got some fresh air.

The US Marine Corps War Memorial (Iwo Jima) is the closest landmark to our house. When we arrived, there were 3 tour buses full of people standing around and taking pictures. I figured with so many people around the memorial, it would probably be best for us to walk over to the Netherlands Carillion which has a fantastic view of the DC skyline and wait out the buses for a bit. Hopefully, by the time we’re done, all the buses will be gone.

We walked back to Iwo Jima and no one was there. We had the whole memorial to ourselves. I was so excited, I started snapping away. Eventually, I made my way over to some trees and were looking for some framing compositions when I saw this man come. He must have just gotten off of work, it was around 5:30p when I captured this and if I had to guess, he probably didn’t have any power either. I just love the way he was standing there and soaking it all in, I had to capture it.