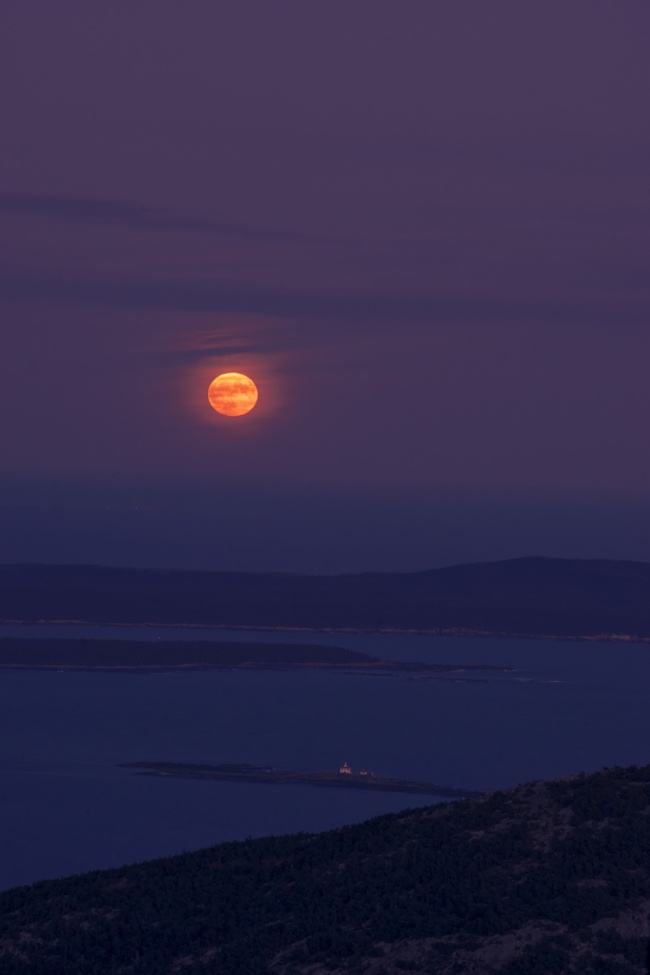 Every year in October I can expect a huge jump in texts and phone calls from my dad. No, he doesn’t miss me. We live about 5 minutes away from each other. It’s not his birthday month. It’s not my birthday month. Why all the constant phone dings from my dad? Every year he reminds me of the Harvest Moon and basically forces me to go out shooting 3 nights in a row to capture it. The day before, the day of and the day after the full moon to make sure I capture it at it’s fullest and brightest.

Well, being in Maine didn’t stop him this year. As soon as I arrived I was immediately reminded of the Harvest Moon which meant that I had to pick my location asap. I figured Cadillac Mountain would be the best since you’re on top of a mountain! If my calculations were off in figuring out where the moon would rise from, at least it would be easier to move around on the top of the mountain than it would have been to move to a whole new location if I weren’t.

Watching the moon rise was magical and definietly a lot easier than watching the sun rise. It made everything around me seem so tiny. And then when it turned orange? You could hear all the camera shutters around me going CRA-ZY! It was so bright orange that it kinda made the sky turn a reddish hue. It was absolutely beautiful.

So just in case you don’t have Daddy Pan calling you every October, make sure to catch the full moon rise during this month. Its always awesome. Unless, it’s a cloudy night then it can be super disappointing.

PS Where the moon cake at?