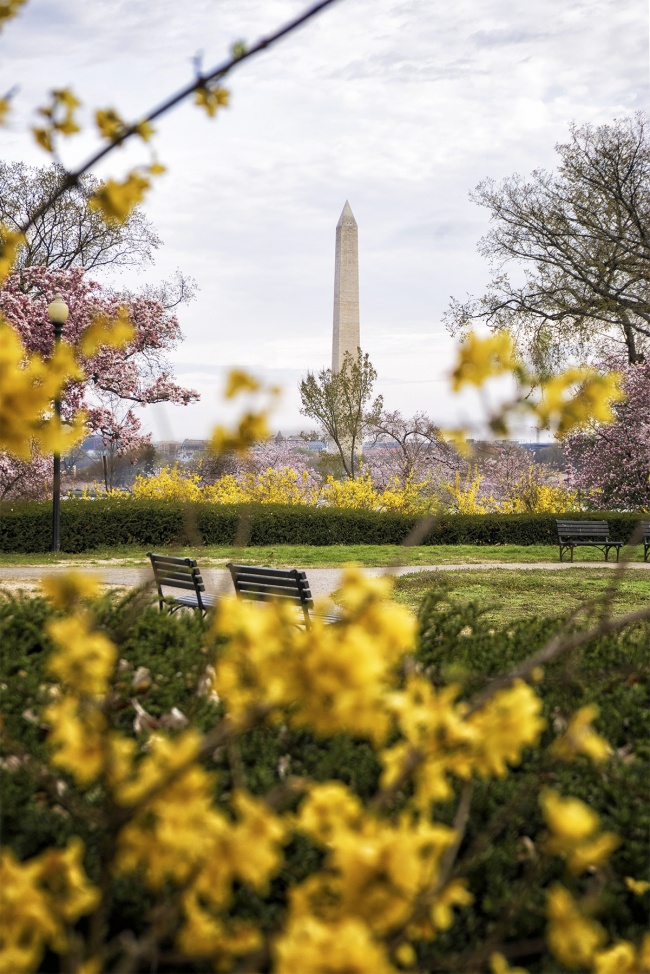 A little break from all the pink spring flowers for some yellow ones. I captured this image behind the George Mason Memorial. It’s a little hidden gem that’s so close to the Tidal Basin but I don’t know how many people actually know about it. It’s kind of an empty space and I believe there’s still construction going on in the very center of the memorial. Regardless, it’s a great way to escape the crowds of the Tidal Basin but still capture some beautiful flowers.

What originally caught my attention about this space were all the beautiful magnolia trees. You can see them sort of in the center layer at the edges of this image. But once I actually started composing, I liked the yellow flowers more. They were just so beautiful and whimsical. I love how there are even more yellow flowers in the center layer, in between the magnolia trees.

The whole time I was editing this image, I was thinking of my mom. Her favorite color is yellow and she loves gardening. She doesn’t grow flowers or anything but she has a full fledge garden in her backyard of all kinds of fruits and vegetables for the spring/summer. In fact, she’s had a garden in every house that we’ve lived in and I have so many memories with her in those gardens. Whether it’s picking the fruit and vegetables that I wanted to eat or her making me pull weeds and laying out the soil because I was eating her fruits and vegetables and I had to contribute in some way. We’ve spent a lot of time outdoors together and that may be one of the reasons why I love being outside so much. Interesting that I never put those two things together before…