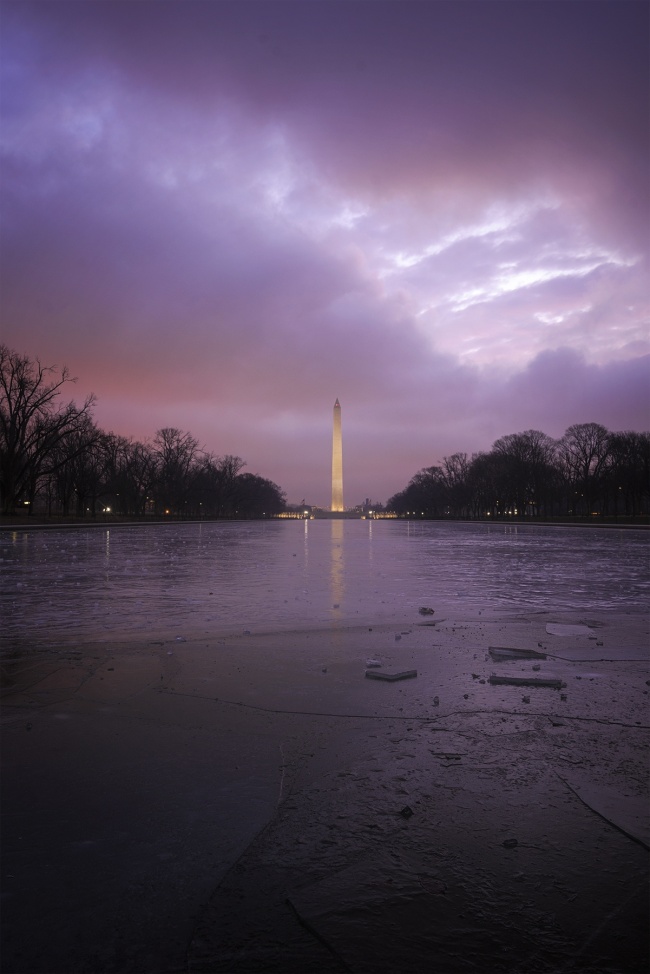 Taken around this time last year, I remember exactly when I captured it. This was taken after the first day we had come back from San Diego. While we were gone, the Washington DC area had gone through this insane cold snap. I remember getting texts from my friends all saying that they were going to come to San Diego because it was like 15 degrees below freezing or something crazy like that. While we were in San Diego, it was colder than usual but nothing like it was on the east coast. It was so cold that the Reflecting Pool had frozen over. It was so frozen that I saw people walking across it! I must admit I was a little jealous of the opportunity but was even more grateful to be in southern California. So feeling the fomo, I went down to the reflecting pool as soon as I could. I was glad to see that it was still frozen over because it made for a cool photo opportunity but the cracks in the ice did not give me the confidence to actually walk on it.

In order to capture this image, my camera was practically on the ice so I could get as much of it in the frame as possible. I remember really wanting to concentrate on those little ice chunks on top of the ice. It was so interesting to me.

So I thought this was a pretty cool throwback considering it was such a memorable event at our return from San Diego. As you’re reading this now, we have safely landed back home from another amazing trip to SoCal. Can’t wait to share more about it soon 🙂