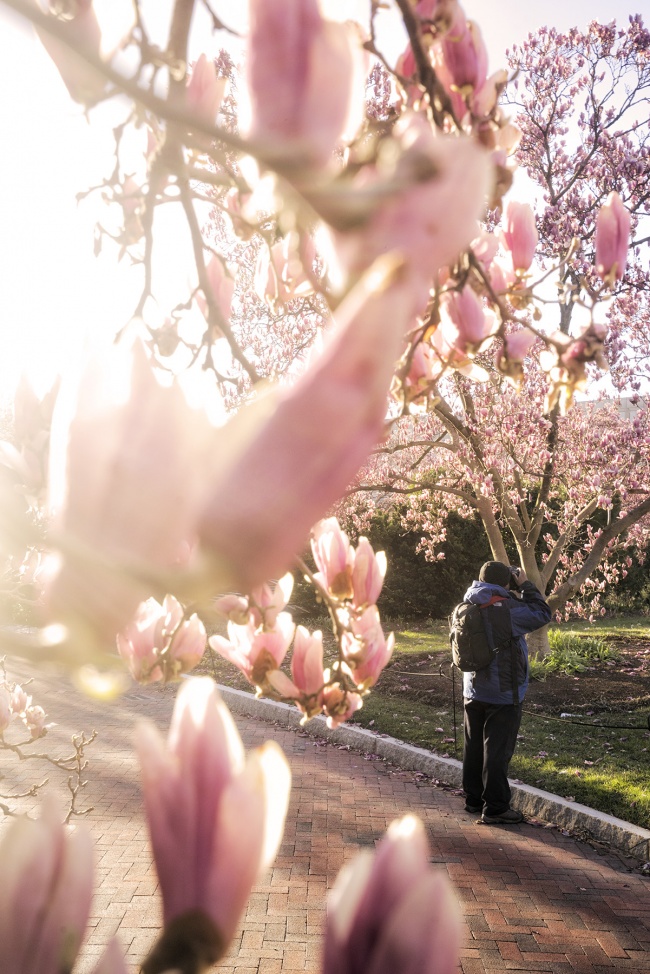 I’m happy to report that the Magnolia trees have been saved! The snow that we had last week didn’t seem to phase them much. I captured this image Friday morning behind the Smithsonian Castle at the Enid A Haupt Garden. I arrived a little bit after sunrise so I could get that beautiful early morning glow happening on the flowers. It was like walking in paradise. The birds were chirping, the wind was soft but nothing beats that early morning light.

In order to capture this image, I had to be patient. For some reason there were not a lot of people walking by or in the gardens. I stood there for a good 10 minutes before I even saw anyone else but I already had this vision in my head so I had to wait. There I was, standing in the trees looking like a flower monkey. LOL. Standing with my camera close to my face. I left my ear phones at home so I was blasting music by Drake from my phone in my pocket. This guy must have liked Drake too because he crept up behind me and scared the living sh*t out of me. I turned around and gave him a half smile and half ‘what are you doing?’ face. He just smiled back and went on his way shooting.

Obviously I had to stare him down for a little bit. LOL. And then I saw him walking to the the spot that I was waiting for someone to walk past. So I took advantage of the opportunity and finally captured the image I was looking for. Thank you fellow photographer so being so still.