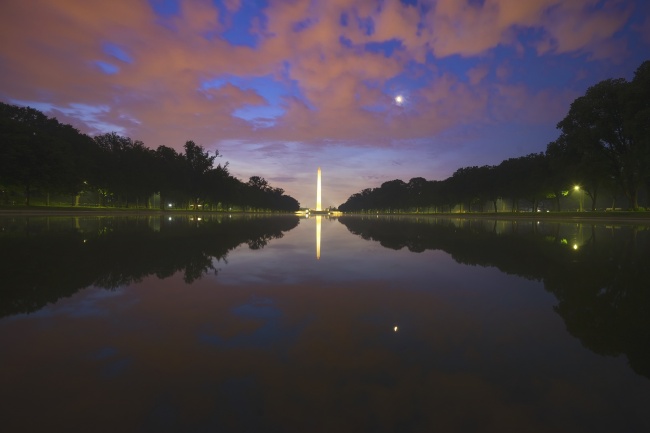 Still basking in the glow of the photowalk this past Saturday. It was so much better than expected. To be honest, I was only expecting about 25 people to show up. But about 10 minutes before the photowalk was scheduled to happen, people were were just pouring in. It was so awesome and exciting! I may have counted at least 70 people in total. I still can’t believe it. Thanks again for everyone who woke up so early to walk around the Mall with me. I had such a great time meeting and talking to you all!

Even the weather was better than expected. The days leading up to the event called for some really cloudy skies. Meaning a really dark, probably uneventful sunrise due to rain we were expecting later in the day. Luckily, the weather gods were with us and the clouds parted a bit to bring in these cotton candy, puffy clouds. It was so beautiful, especially at that pre-dawn blue hour.

This image was taken at about 4:55a. I arrived to the Lincoln Memorial early just in case and met up with my friend, Larry for a quick little photoshoot at the Reflecting Pool. He always early to everything so I knew he would have been there even before I arrived. My favorite part of this image is the fog that you can see on either side of the reflecting pool. Those trees are actually along side a path way. The pathway has trees on both sides of it so if you’re lucky enough to see fog, sometimes it gets trapped in there and creates this amazing atmosphere. I just wish I had more time to photograph it.