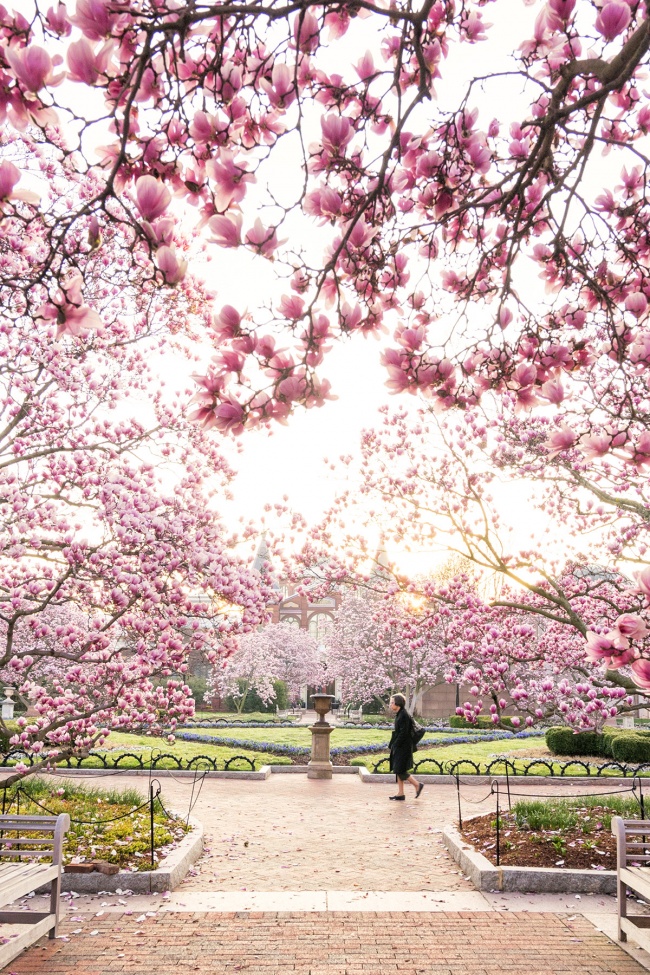 Flashback Friday to spring time in Washington DC. It is my favorite time to be in the city. The whole place just sparkles.

But to be honest, I’m not sure which one I like better, the Chinese saucer magnolias or the Japanese cherry blossoms. Both are beautiful in their own way and pop up everywhere around the city. The magnolias are just bigger and easier to see. They also fall like leaves when they’re ready and it makes for the most beautiful dusting of pink. But then there are the cherry blossoms… I’m gonna have to say that flowers in general make me so happy.

Now keeping them alive when they’re in my home… that’s a different story.

I captured this scene while exploring the Enid A Haupt Garden behind the Smithsonian Castle on the National Mall. I was walking out of the Moongate Garden and felt such an overwhelming amount of flowers and branches surrounding me. I knew I had to capture it with that early morning light. At first I was trying this composition out with no one in it. It was cool, but it needed to be better. Then a bus most have let people off or a metro just arrived because all of the sudden there were quite a few people walking past. Luckily, I had my camera ready and waiting for the perfect person to enter my frame. I really enjoy the way that this turned out. I showed it to my dad once and he said it looks like it was taken in Japan rather than Washington DC. I thought that was pretty cool for him to say that.