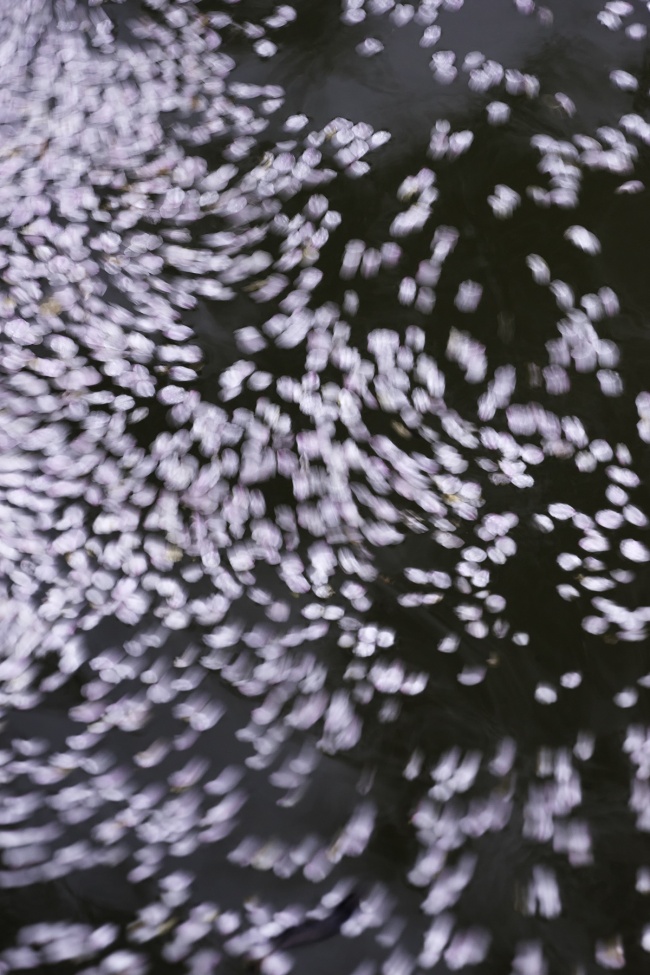 I know I’ve mentioned it before, but I’m also a fan of when the cherry blossoms start falling. I think it adds a lot of interest when there is pink the trees but also pink in the grass.

I captured this when the petals first started falling. It was the first day of rain after a week of blue skies and I wasn’t mad about it. It ended up being a peaceful day at the Tidal Basin that allowed me to get a little creative with the petals. Luckily, there weren’t as many people out taking pictures so I had time to try different things without worrying about being in other people’s way. Trust me when I say that the Tidal Basin can get PACKED. Like tripod legs within tripod legs. It’s bananas. So a day without that many people is so freeing.

This image was almost by accident. I wanted to photograph the petals in the water, but I accidentally left my camera settings as the same as I was shooting when I was photographing the trees. Obviously, pointing up towards the sky allowed a lot more light coming in than pointing down into the water. So when I expected this image to turn out crisp and clear, it turned out a little blurry. But in such an interesting way that I tried a couple of different compositions until I came out with this one. The water was particularly choppy because of the rain so each time I clicked, I came out with something completely different. It was fun turning my camera in different angles to try something new. In the end, it’s the circular motion of these petals that really makes the image more interesting to me.