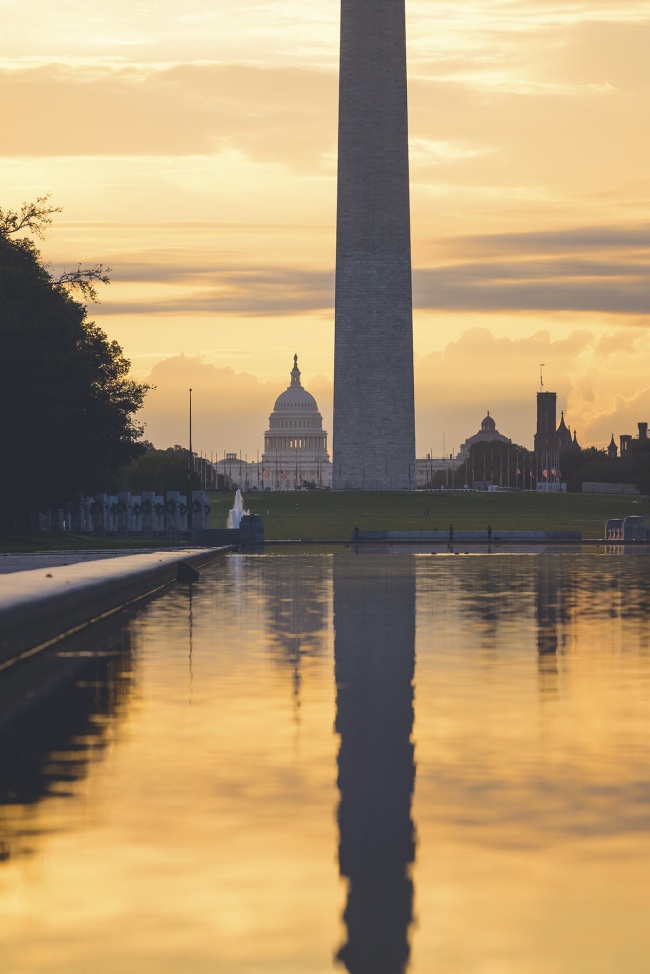 If we are going to go in chronological order, this image would be next. The third image in the series this week of keep it movin’. Why photographers should keep walking around to find multiple compositions instead of finding one that works and stay in the same spot.

You can see the first image here and the second one here.

Now that does not mean that you can’t go back the same spot. I think certain composition work better than others depending on the light. You may be at one place but 20 minutes later see that the sun will hit it in a certain way and you’ll see something totally different. That’s fine. Just don’t get stuck!

I originally started off this photo trek at the reflecting pool. I walked from one edge of the pool to the edge but nothing was really inspiring me so that is when I decided to turn around and walk up the Lincoln Memorial steps. Once I was taking a few pictures of the Lincoln while the sun was starting to really come out and change the colors in the sky. I looked down at the reflecting pool and thought that it was the time to go back down. So I made my way back down and was able to capture this one. I love how the US Capitol is the main focus in this image. You don’t really see this point of view a lot since it’s so far away and people mostly want to photograph the Washington Monument from this angle. Funny how if you look real close, you can see other photographers on the other side of the reflecting pooll.