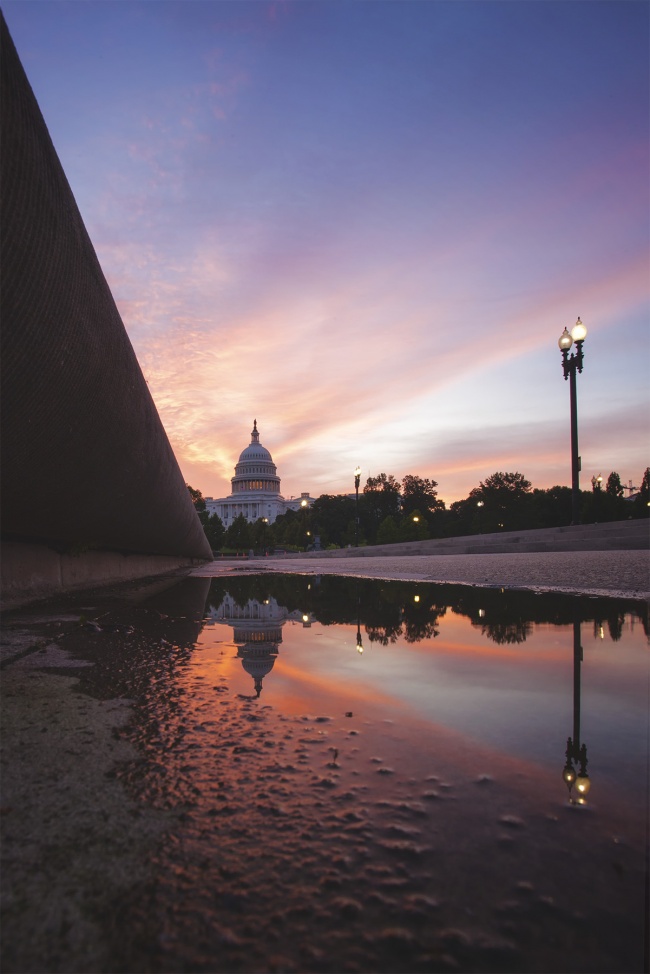 Sunrises are around 6a now. Which isn’t too bad because I can set my alarm for 4:30, leave the house by 5 and arrive in the city at around 5:15 or 5:20 depending on where I want to shoot and the traffic. Weekends is a total breeze because there is no one on the road. And this past Sunday was no exception.

I was feeling a little tired so I wanted to go to a place where I could easily park and not have to walk too far. Call me lazy but I figured the US Capitol was the perfect spot for just that. I sat on along the reflecting pool when all the sudden the sky blew up in color! It was so beautiful and one of the best sunrises that I’ve seen in a while. I was thrilled that I was out to capture it. It didn’t last too long, probably 10 minutes max but it was so worth the early morning wake up call. Later on in the day I had tickets to go to the Kennedy Center to see Hamilton. So I was taking pictures, listening to the Hamilton soundtrack and overall having the best time watching the sky.

To be honest, Hamilton was FANTASTIC. I loved every minute of the show. The singing and dancing were on point but the story was just so interesting. I had always heard of Alexander Hamilton, but I think that’s because I spend so much time in Washington DC that his name shows up in random places. Like The Hamilton restaurant, seeing his statue in the Capitol Rotunda, things like that. I never really knew who he was or what he did for our country. But now because of the show, I wont ever forget. If you ever get the opportunity to see it, I’d highly recommend going at least once. I was smiling during the entire show.