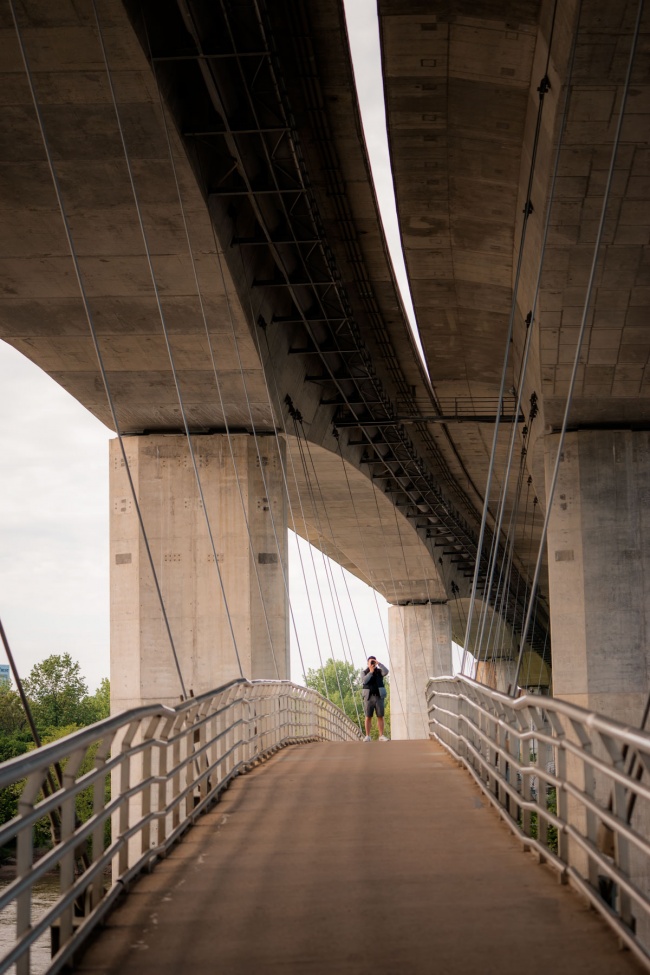 The other day I mentioned briefly that I was heading to Richmond, Virginia. Well that weekend was so crazy. Richmond has changed so much since I graduated college. Even VCU’s campus was barely recognizable in some parts. I had a really good time going back and looking forward to visiting more often.

This image was captured Sunday morning on our way to Belle Isle. For some reason, while I attended college in Richmond, we never made it over there. We had always intended to but I think I was just too busy partyin’ to really turn that plan into action. LOL. It was so cool though and way bigger than I thought it was going to be. We definietly did not have enough time to explore the entire island. This is the bridge you walk to get over it. From a distance, you can see that it’s a really wavy pedestrian bridge. But you’re actually suspended from a bridge meant for cars from the top. It wasn’t scary as I thought it would be. It was actual very stable and there wasn’t a lot of noise or anything like you’d expect.

Next time I go to Richmond, I definietly want to bring Frankie. I think he would really enjoy all thing to do and sniff around the James River. The city itself just seems very dog friendly 🙂 And we all know how much I love that.