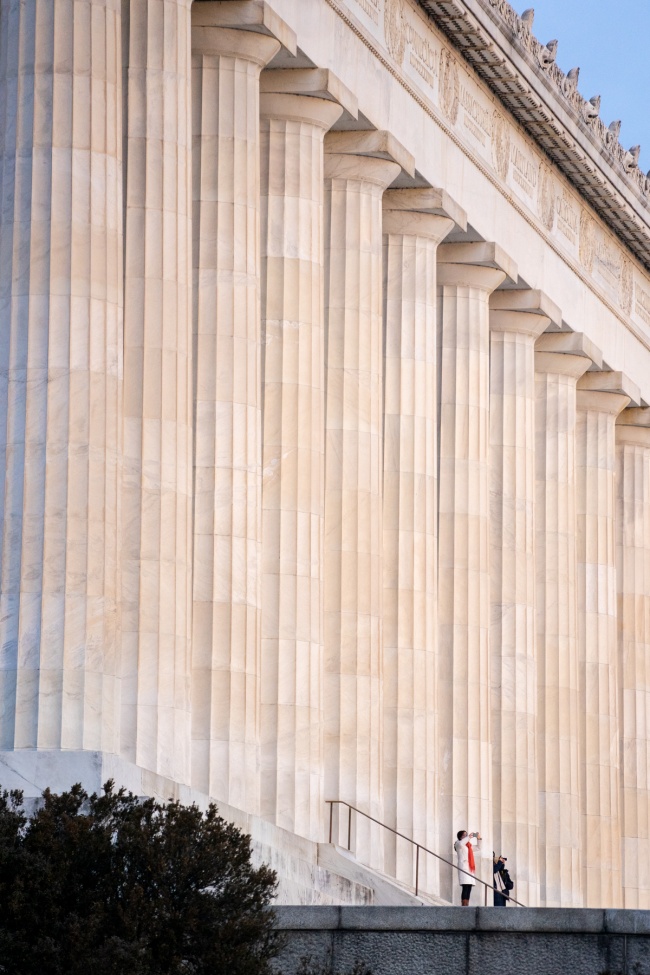 Man, I take a lot of pictures at the Lincoln Memorial. LOL. It’s hard not to though. Especially with the US Capitol and the Jefferson Memorial currently under construction, it sort of limits the monuments and memorials to go to in the National Mall.

However, this image was taken as I was leaving the memorial parks and headed back to my car. I noticed how great the columns looked and loved even more that there were two people peaking their heads out trying to capture the early morning sky with their own cameras.

I think this day was unusual though. It was still very early in the morning and all of a sudden a busload of tourists came walking in. They usually don’t get there that early so I think that may have been one reason why I left so early. That and the fact that it was 20 degrees out. 20 DEGREES! I was wearing so many layers of clothing that you probably heard me swishing back to my car. But the sky that morning made it all worth it!