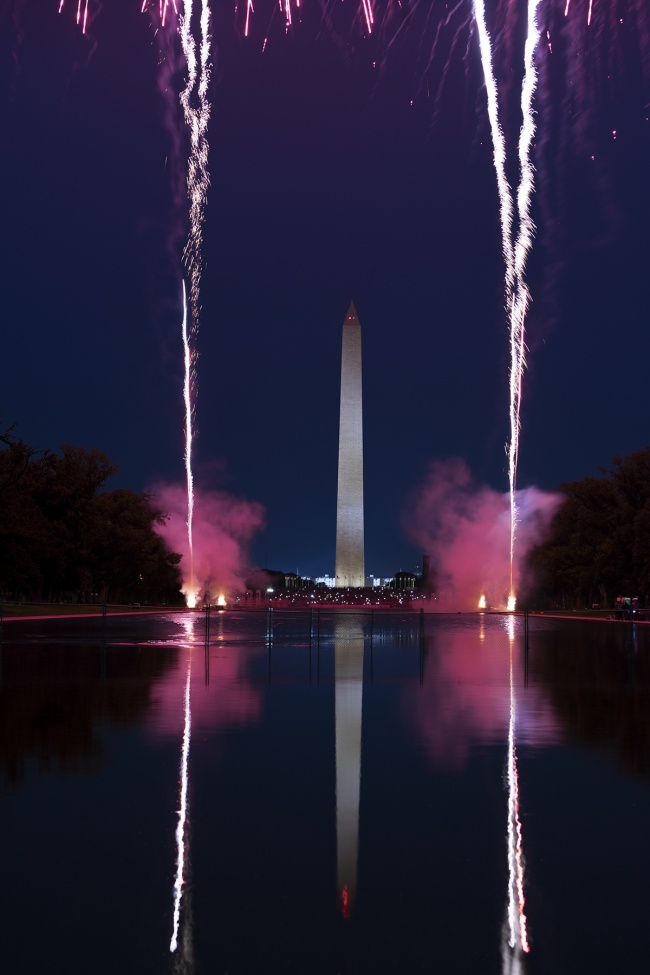 #TBT to last week on the National Mall and how I snuck my way to the best spot to capture the Washington DC firework show.

To be honest, I’ve didn’t envision this. I don’t think I’ve ever even seen a fireworks image like this at the National Mall but it’s one of my favorites that I’ve ever taken. Luckily, I was so close to the reflecting pool that I was able to get this view point. It also helped that I was shooting with my 70-200mm and that this was taken at the very beginning of the show so there was no smoke or anything else to cloud the view of the Washington Monument. Just a very clean sky and an amazingly still day. It was kind of crazy though because I was so close to the reflecting pool that pieces of the firework shrapnel was falling on me. I didn’t even bother looking down to clean myself off because I was so focused on capturing light that there was no time.

This was my first time shooting the fireworks from here. So within that 30 minute window I had time to try different angles. Meaning I was standing up and sitting down throughout the entire show. I found out that sitting down was probably my best bet. I got some cool images of just the tip of the Monument but I think the advantage of being so close to the reflecting pool is the reflection. In the beginning I thought the fencing would get in the way, but I actually kind of like it now. It adds an extra element of line and reflection that isn’t usually seen unless it’s the 4th.