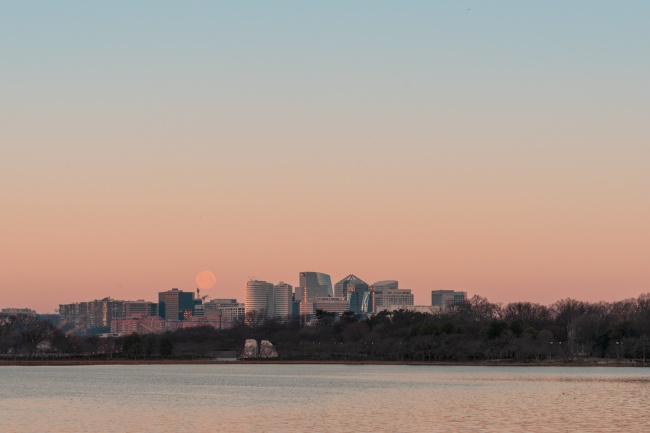 This past weekend I am glad I was able to go out and capture the super snow moon at sunrise (moonset) with my friend Zack and a few others. Zack picked a great location at the Tidal Basin so that we can see the moon with the Rosslyn, Virginia skyline. To my surprise, we had a great view of the Martin Luther King Jr Memorial as well.

A clear sky made for a great showing of the moon but I love how you can see some of that early morning sunrise glow on the buildings to make them shine a bit. I’m not going to lie though, even with all that sun shining down on us, it was cold. Like, wear 3 pairs of pants cold. But it was worth it because I had a great time with my friends.

Here’s another view of the moon when it was a little bit higher in the sky. I was looking for an interesting foreground so I used my friend, Andy to sort of give a little context as to what it was like seeing it in person. 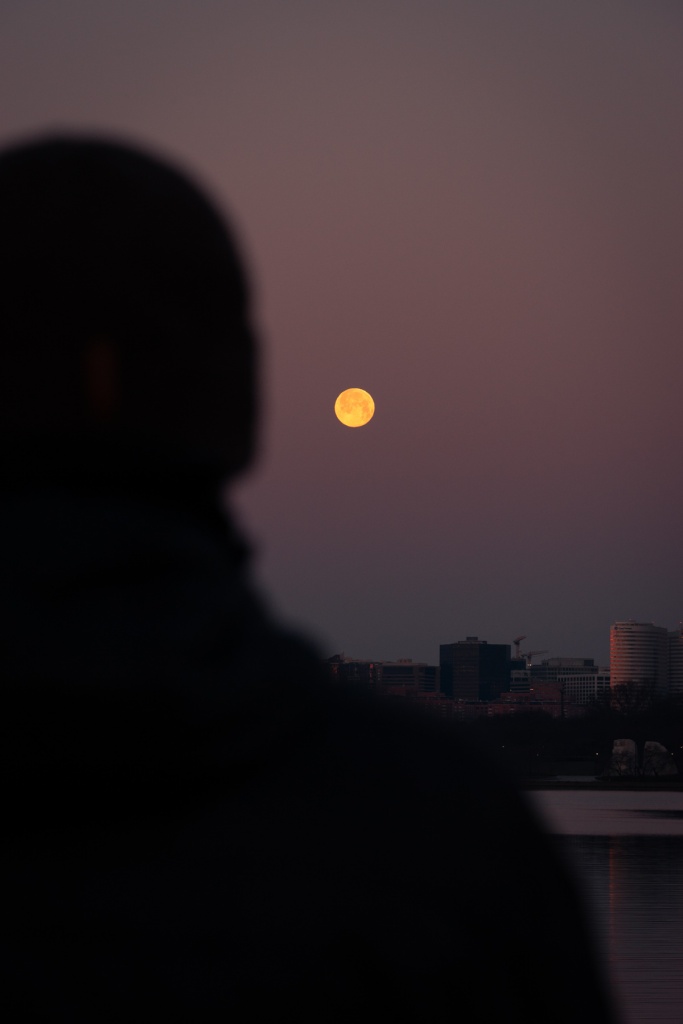 The snow moon setting over Rosslyn, VA as seen from Washington DC 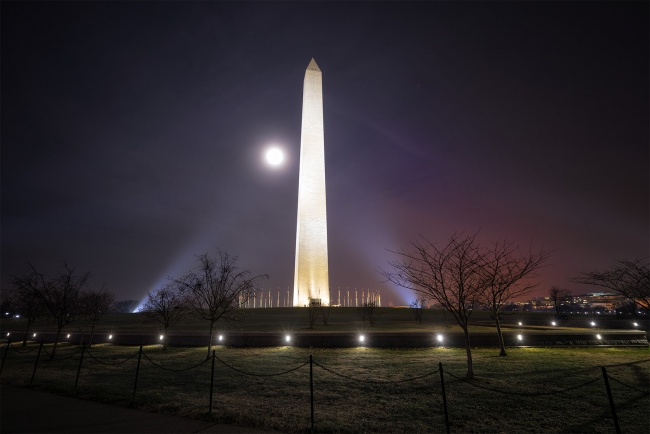 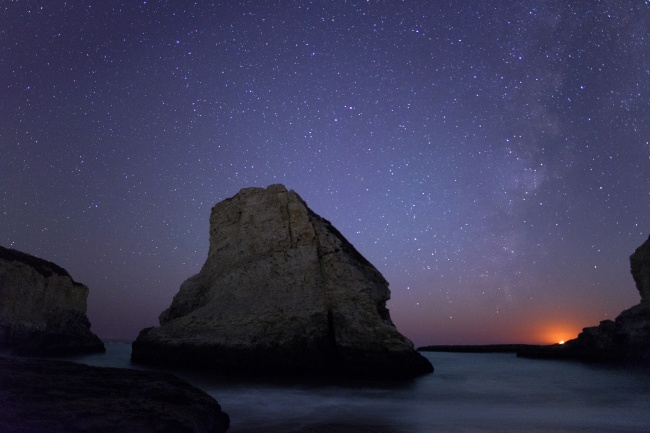 So one night a bunch of us decided to drive down to Davenport and shoot the stars and watch the moonset. It’s so fun to shoot with other photographers. You really get to step out of your comfort zone.

I’m glad  A.D. Wheeler was there because he so nice to help everyone out with their night shots. He sacrificed so much of his time walking back and forth making sure everyone had laser focus and their settings were correct. I’ve always admired Beau Rogers‘ night images. By the the end of the night, I some how made my way next to him and really enjoyed just standing there and talking to him about night shooting. He even let me borrow his lens which was super awesome because the lens that I had was definitely not fast enough to capture all these stars. In all, I’m super grateful for the Arcanum or else I would of never met these awesome guys or any of the other talented photographers I was with in San Francisco.

Woah! This post turned into a mush fest real quick. Sorry about that.