I entered my first photo contest a few nights ago. It’s hosted by Peachpit Publishers with Trey Ratcliff of Stuck in Customs. I first heard about this from Trey’s webinar a few weeks ago and I was really excited to submit my work for the contest. I think its really cool how much HDR is really causing a stir in the photography world & I’m sure Trey has a lot to do with it. Stuck in Customs has always been my go-to-blog when I’m ready to be inspired and I really do feel honored that I could submit to this contest. Here’s my entry. I HDR’d-fied (like my new word?) this panther chameleon reaching for his lunch. Let me know what you all think! 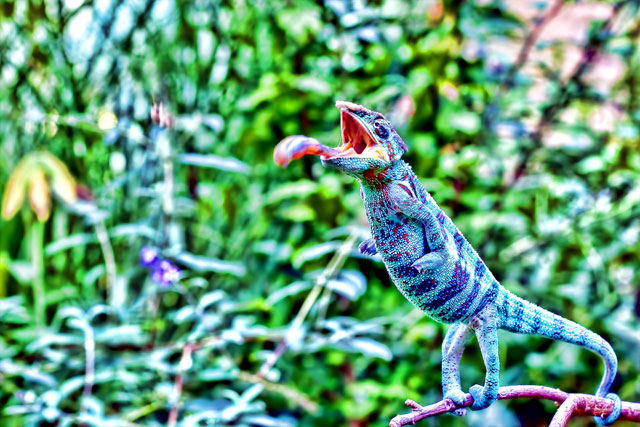