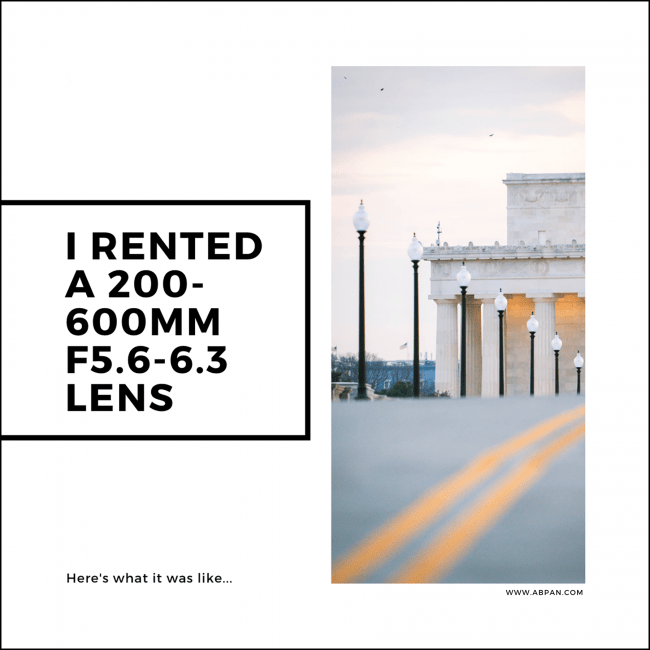 In November 2020, I was out trying to photograph the full moon and unfortunately, clouds had a different idea. The moon was completely covered and I was just standing in the cold with my camera and 70-200mm on a tripod. I could have gone the next night when the sky would have been clear but I just was feeling so discouraged that I didn’t want to. This had been my 3rd month in a row where I wasn’t able to capture the moon. So I wanted to do something that would keep me motivated to go out and shoot.

Right then and there I came up with an idea that I should rent the biggest lens I can find. LOL.

So after discussing this idea with a few friends, I finally decided that I’d rent a 200-600mm lens. This would bring a whole new view to the city that I couldn’t even imagine. I rented it from lensrentals.com and I could not have been more excited that it actually came 3 days earlier than I had expected. So I had 10 days with the lens and I was pumped! 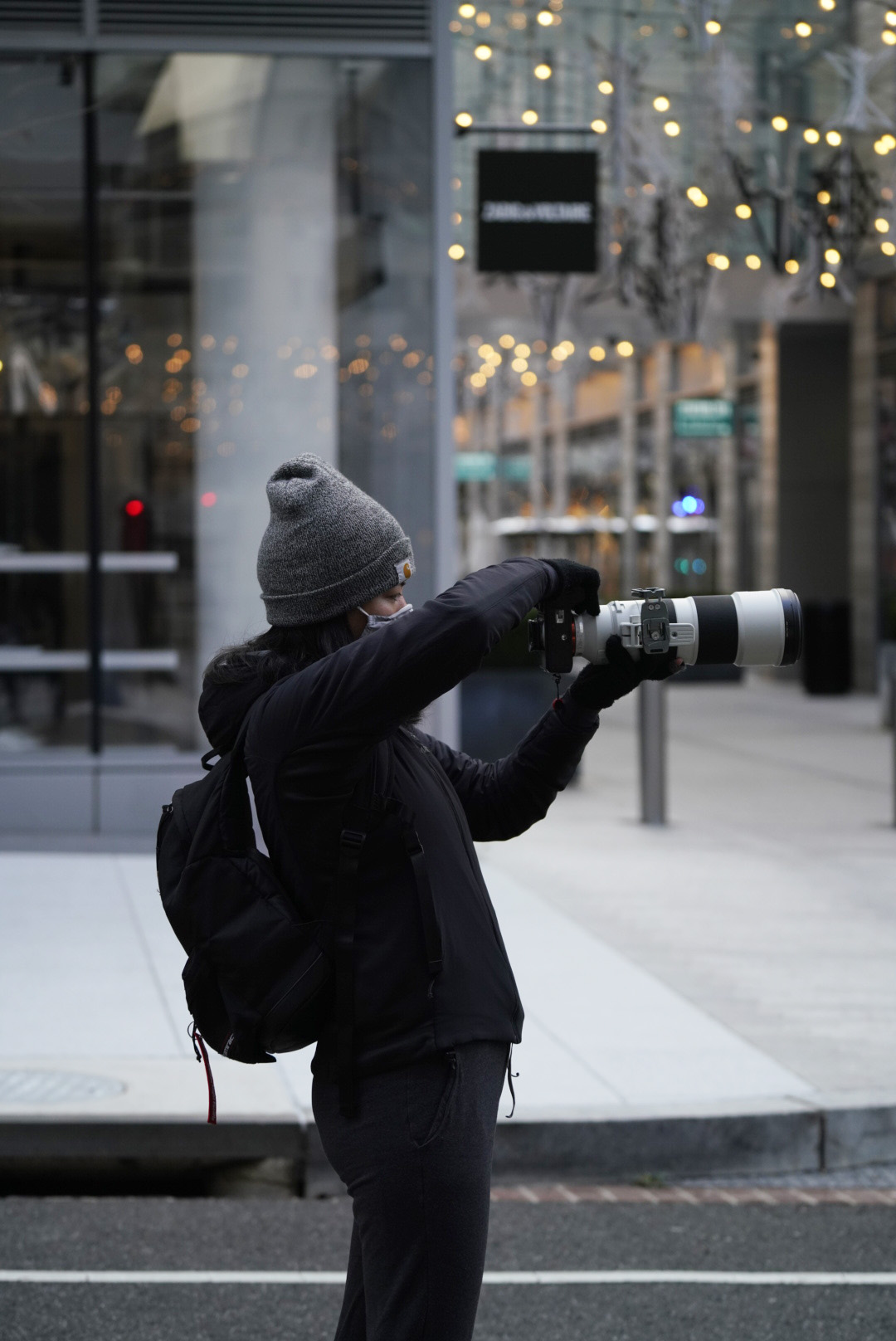 Images my friend, Albert captured me with the 200-600mm 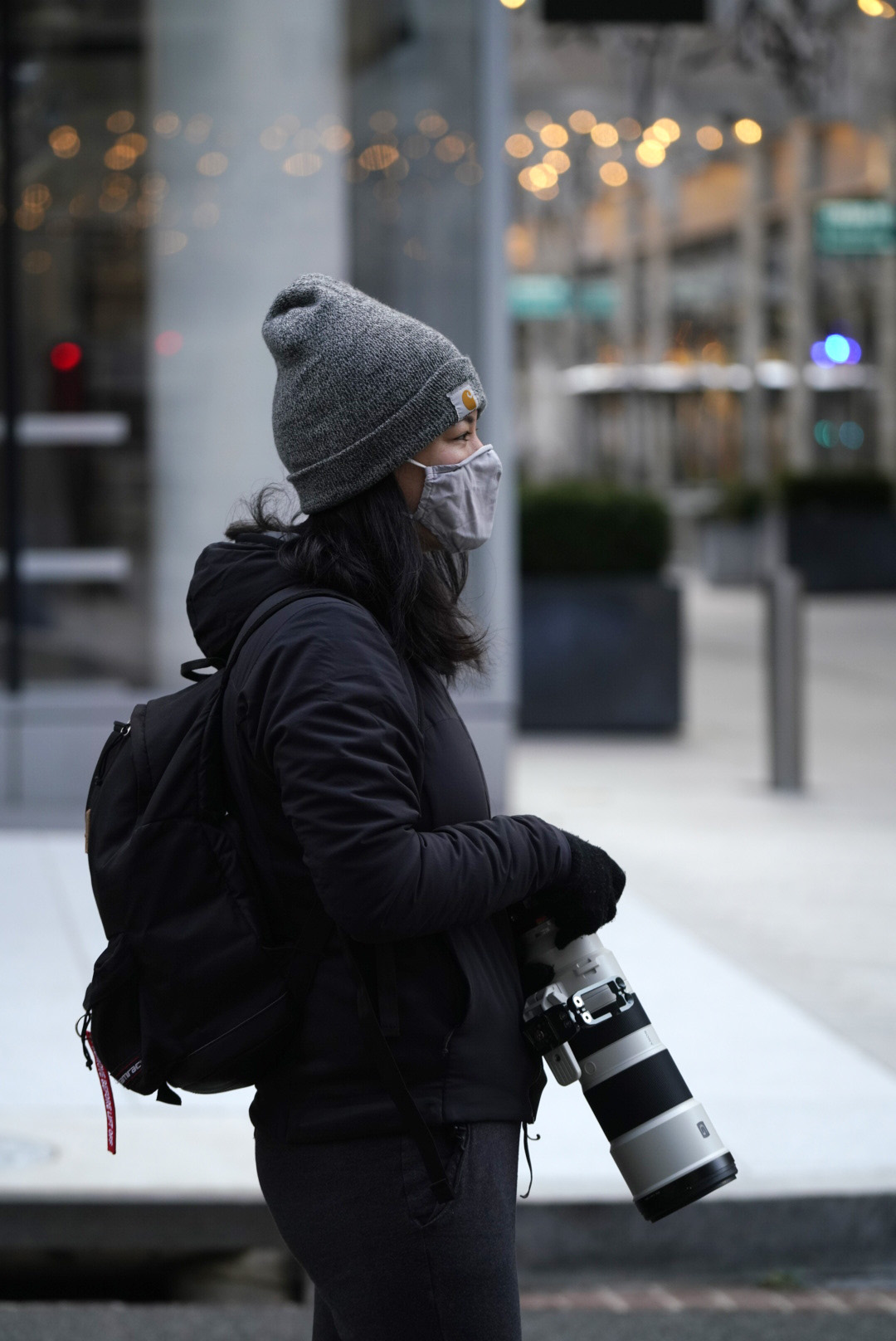 My first real test came on an afternoon at the Washington Monument. It is actually the same exact place where I came up with the idea to rent the lens so it’s funny that this was the first place that I want to go to test it out.

I was blown away! 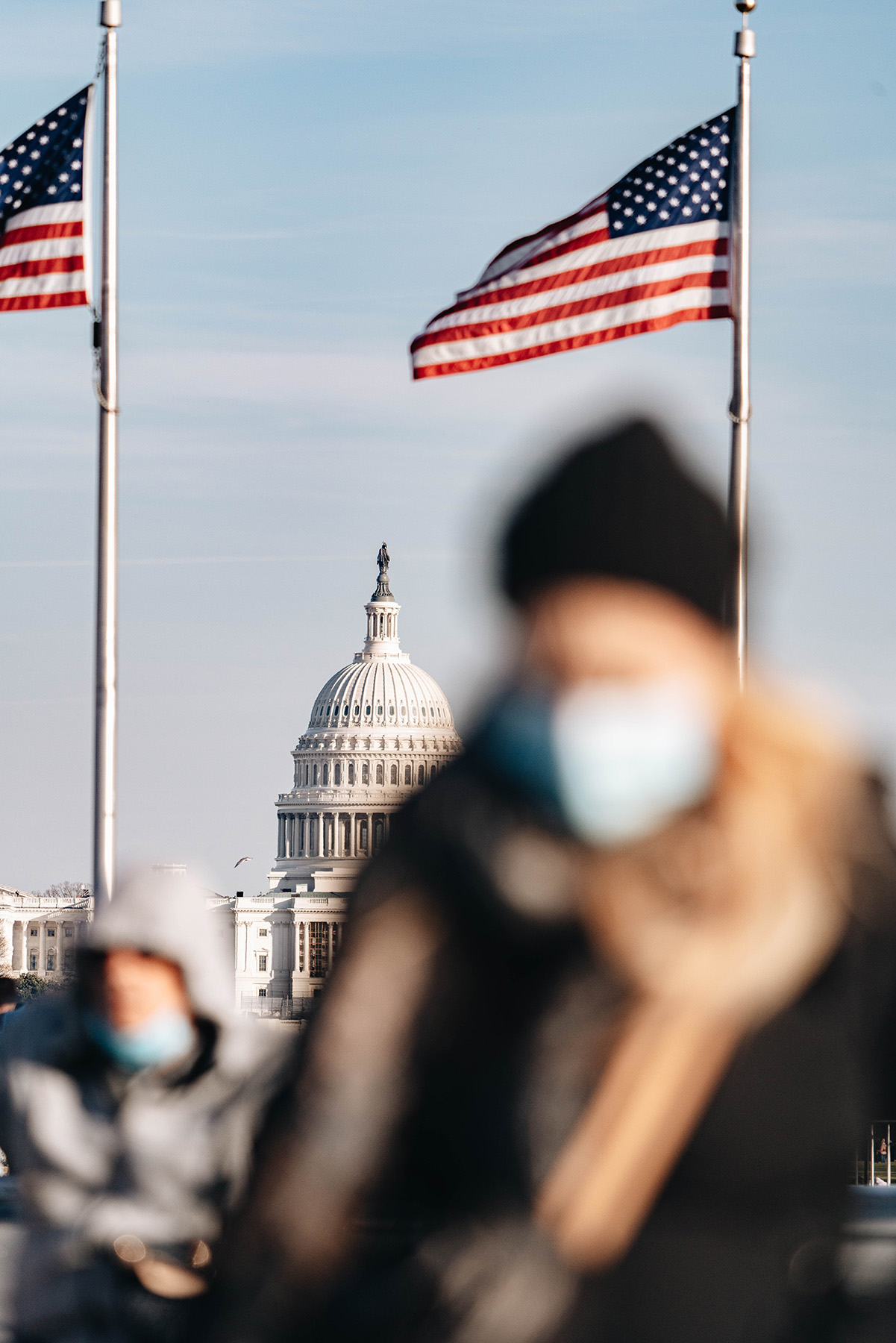 The compression on the lens is CRAZY. These people were at least 20 feet away from me. The US Capitol is about a mile away from the Washington Monument. But if you asked me, it seriously looks like you could just reach out and touch the people.

END_OF_DOCUMENT_TOKEN_TO_BE_REPLACED 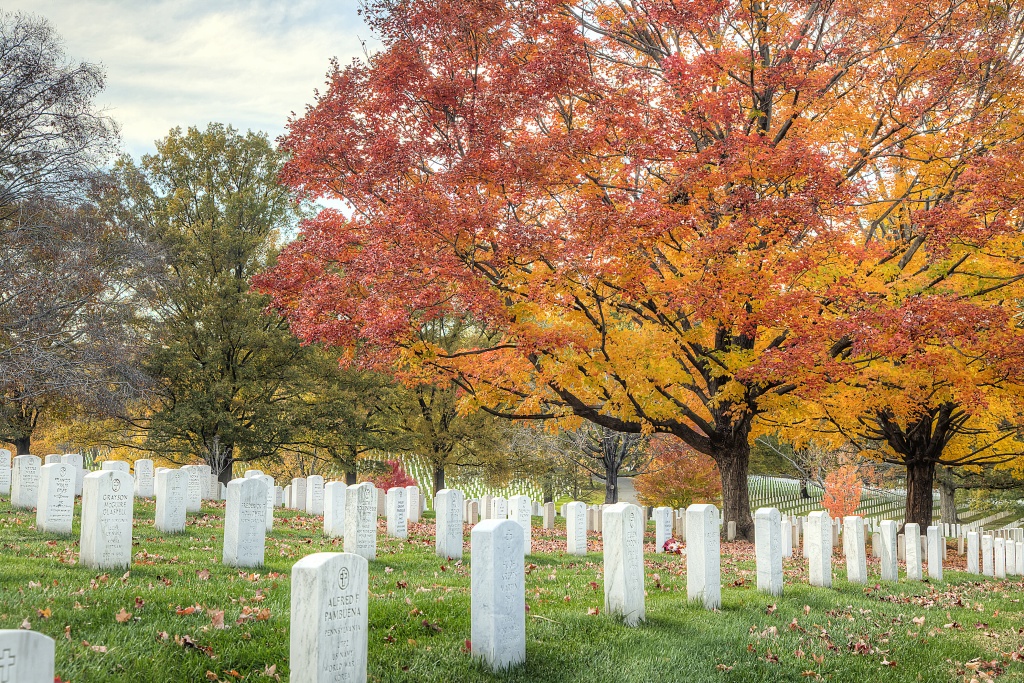 Another image from Arlington National Cemetery. So glad I was able to take capture this historic place with so many colorful trees. It’s always been on my list to photograph at this time of year, but it never happened.

Arlington National Cemetery in the Snow 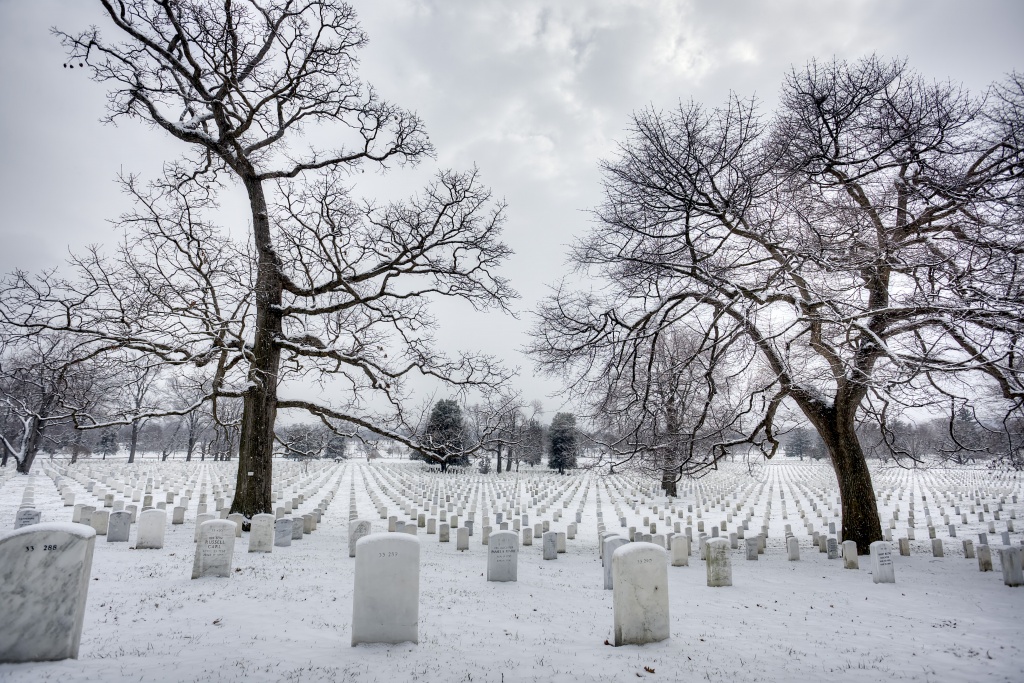 After a of couple days of more snow, I’m ready for the warm weather now! Don’t get me wrong, the snow is beautiful. I’m just ready to go outside without having to put on 3 layers of pants. C’mon Spring!!!