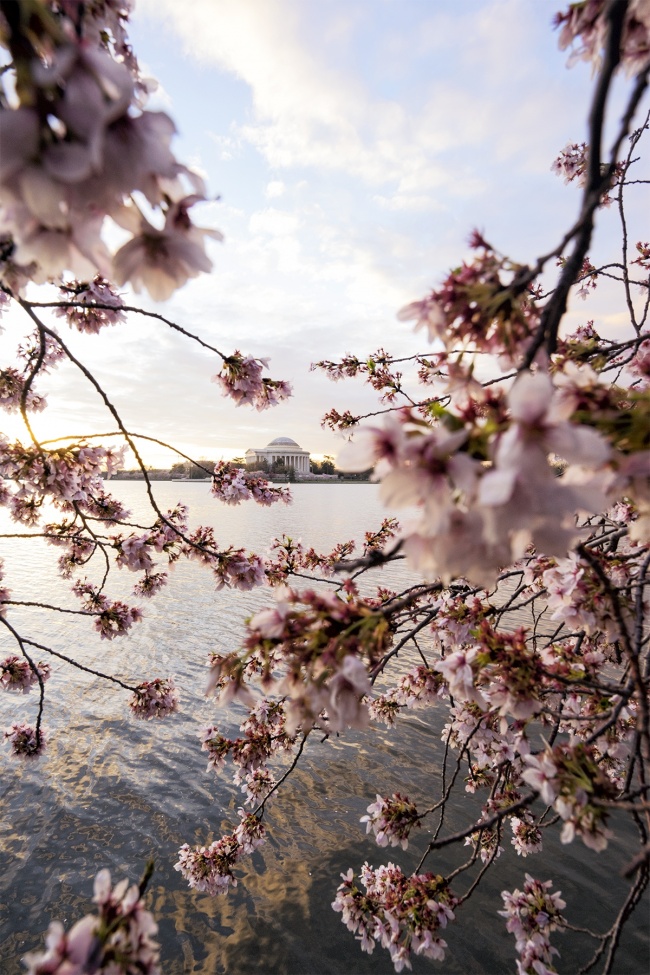 Sunset on the Washington Monument 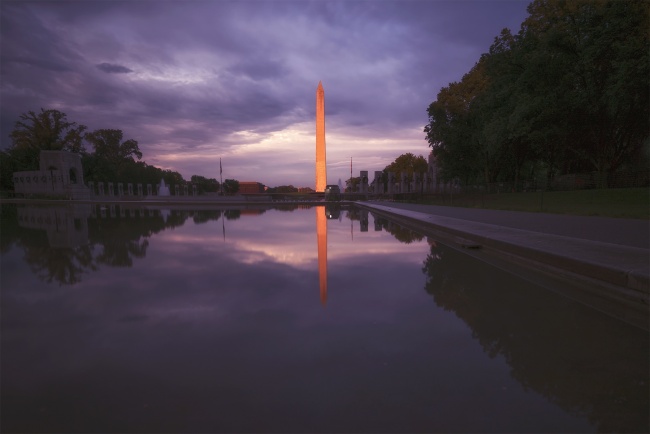 Looks like an almighty sword glowing in the sky, doesn’t it? This is my favorite part of always watching your back. The sunset action was happening in front of me at the Lincoln Memorial but a quick glance over my shoulder to the World War II memorial and I saw this! The sun was setting just at the right angle to change the white monument into gold. You can even see a little bit of the National Museum of African American History and Culture getting a bit of the sun sparkle too 🙂 It makes me smile to see the reflection in the reflecting pool water catch some of the sun’s glow.

My camera settings for this image is f5.6 at 8 seconds ISO 200. I really wanted a long exposure to blur out the fast moving clouds but also bring out the glow colors even more. To do this, I used my neutral density Ice Filter. I think I should be sponsored by them because I’m always talking about these filters and how amazing they are. *shoutout to Ice* Shooting with neutral density filters can be a little difficult if you’ve never used it before. My biggest tip would be to set your camera on manual focus, focus on your subject, and then put on the filter. Make sure you have the composition you want because once you put the filter on, it will be very difficult to see what you’re looking at. It gets super dark. If you leave your camera on auto focus, it will just keep on trying to focus on something and won’t allow you to take the picture. So remember just to keep your camera on manual and it will be all good. The neutral density filter also helped on making the edges super dark and contrasty which also helped in making the Washington Monument really pop out. 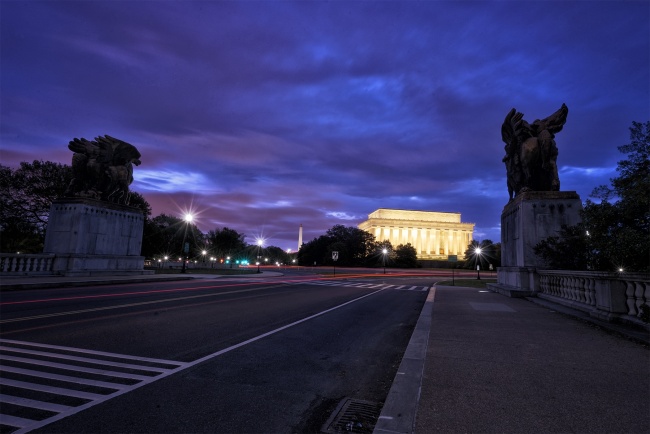 Taken just 10 minutes before I captured this image. I had really high hopes of a colorful sky but it didn’t turn out as planned. It’s all good though. You win some and loose some. Although I wouldn’t actually call this loosing. The purple in the clouds was an unexpected surprise. The light bursts in the street lamps make this image twinkle and the subtle car light trails on the road makes your eye travel right along the image.

When I’m really happy with a shot, I usually take it a few times. Maybe like 2 or 3 times just to make sure I got everything in focus and exposed correctly before moving on. But for some reason, right after I was done shooting this I just kept it moving. I didn’t think it turned out the way I wanted at that moment in time. Looking at it again though, I enjoy it. I feel like I see a new twinkle of light or a new reflection along the statue with every glance. Or something like that. Bahh can you tell I’m having a love/hate relationship with this image. Let me know what you think of it. Do you like it or am I just going crazy?

For all you photographers out there who are interested, here are my camera settings: F/18 at 15 seconds ISO 50. Not sure why it was shot at F/18. I usually would set my camera to F/22 for images like this but I was still able to capture the image the way I wanted it. Definietly shot on a tripod for this 15 second exposure.

Hope you all have a great weekend! Not much planned for me except a girls night in with some of my closest girlfriends tonight. Other than that, I’ll be here and there like the wind. HAHA. 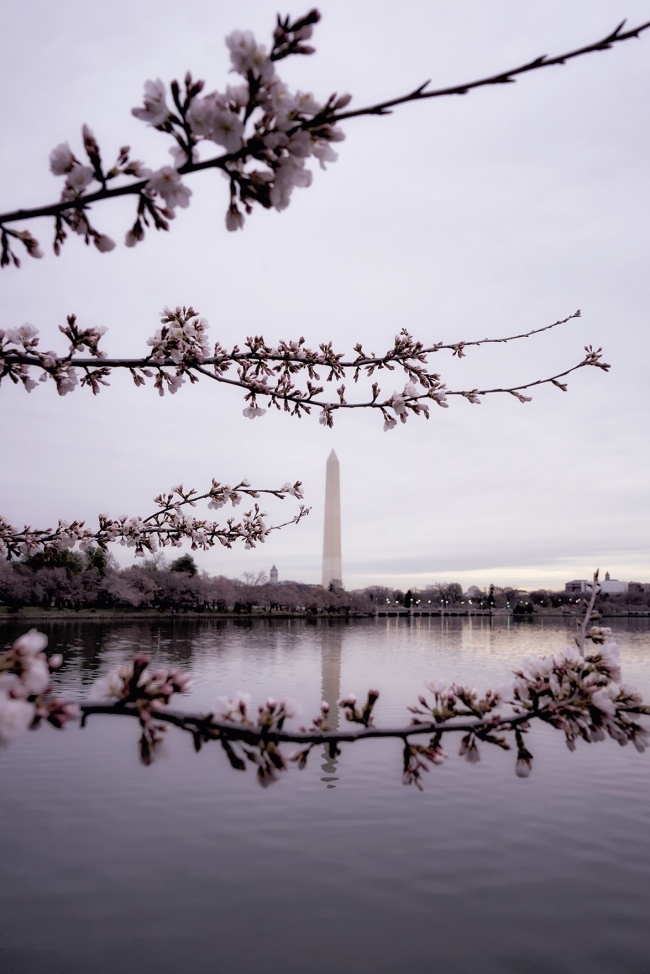 I’d like to visit the tidal basin as much as I can this week. Cherry blossoms are no where near what they were like in previous years but regardless they’re still beautiful. With the cold weather, only about 50% have survived and will be peaking. As of right now, the flowers are almost there. Some trees are really beautiful and have some great blooms on them. Some are just completely dead. The others are half and half and it’s hard to tell which direction they’re going. I’d say if you were planning on a trip to go, I’d go towards the end of the week or even the weekend.  That is if you want to battle the craziness of the crowds and the actual cherry blossom festival.

This was taken yesterday morning around sunrise. The sunrise itself wasn’t too impressive since it was too cloudy but it made for the perfect backdrop for a moody cherry blossom shoot. I ran into my friend, Jarrett again. We always seem to run into each other during sunrise but especially during cherry blossom season. It’s sort of become a running joke with us. Regardless, he’s great company to walk around the basin with. We’ll talk about anything from photography to social media to creepin’ on other people’s engagement photoshoots. You’ll have to watch his instagram stories to understand. LOL.

My settings on this image was F8 at 1/80th of a second ISO 500 with my 28-70mm. I intentionally set my aperture around f/8 so I can get most things in focus. I definietly wanted the flowers to be seen and the Washington Monument. Another grey day means another high ISO image to make sure the wind wouldn’t make this image blurry.

But there will be more of these updates throughout this week and maybe even next week. Please let me know if you like them because I like posting them 🙂