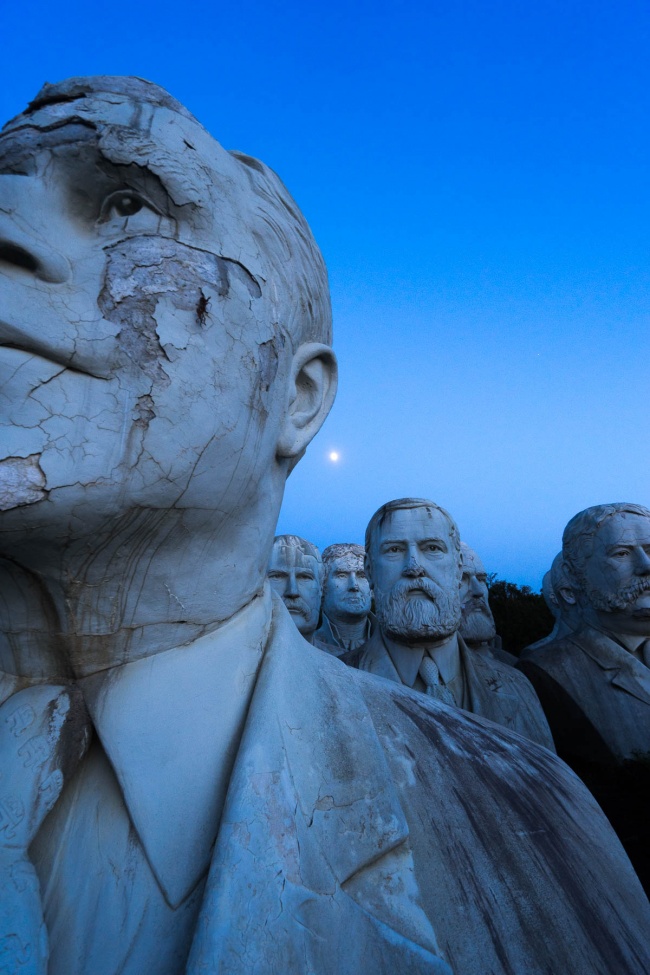 As mentioned a few weeks ago, I went somewhere that I’ve been wanting to go to for FOREVER! The President Heads in Williamsburg, Virginia! I’ve been seeing images of these busts for years but never had the opportunity to visit.

Actually, I take that back. About 2 years ago, Andrew, Frankie and I actually drove down to Williamsburg for the weekend and tried to look for them. At that time, the address was very vague and every time I tried googling them, the address would lead us to the middle of nowhere. We would drive back and forth on the highway and just around the general vicinity of Croaker, VA but never found it. We ended up giving up and just spent the weekend hanging out. At that point, I was sure I wouldn’t see them.

But it wasn’t until my friend, Jeremy posted images from the President Head last month and said that he was on a photo tour that really sparked my interest in them again. So in case you’re interested in seeing them, click here for the event details. We signed up for the sunset and night tour which I’d highly recommend.

Since I’ll be in Oregon this whole week, I figured I’d post images from this event this entire week. Hope you don’t mind 🙂 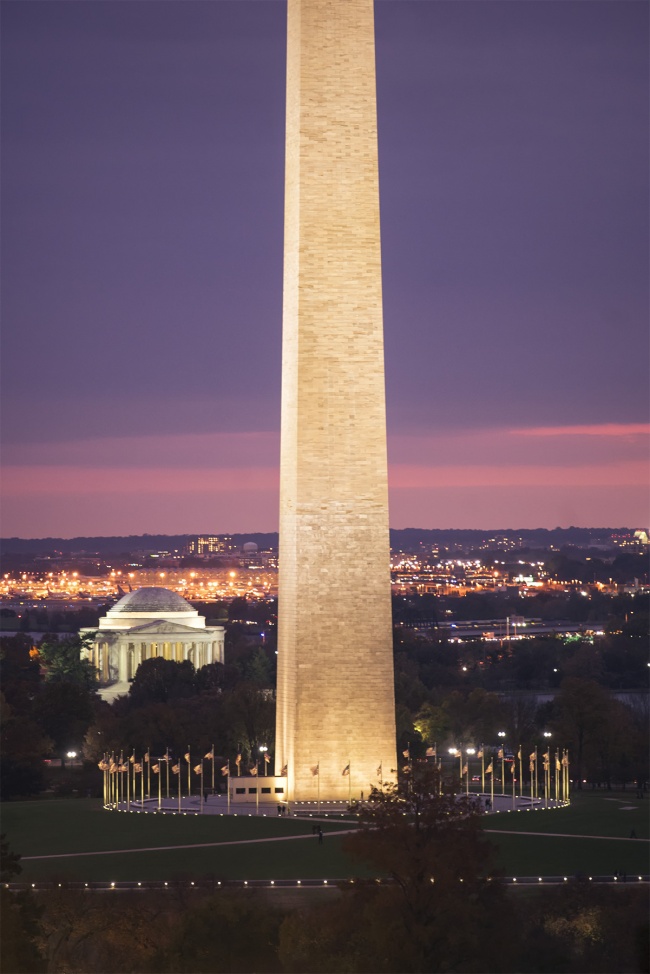 YESSSS! I am so pumped for this week, you have no idea. It’s my favorite holiday out of all the holidays, THANKSGIVING!!!!!! Theres no stress, it’s all about giving thanks and enjoying a good meal with family and friends. How can it get any better? My thanksgiving kicked off yesterday with my girlfriends as we celebrated, Friendsgiving. We had a blast catching up with each other and taking fun selfies. Can’t wait for the main event later this week. Imma wear my stretchy pants 🙂

So I thought it would be a great idea to take this week’s blog posts and talk about a few things I’m grateful for.

Today I’m grateful to be living in the DC metro area. No matter how many times I visit the city, I can never get bored. Whether it’s for photos, eating out, or seeing friends, Washington DC is always my favorite to explore. Theres just this certain energy about it. I’ve lived here my whole life and I still don’t think I’ve seen it all. It’s been amazing to see it grow and I could not be any prouder to be a Washingtonian.

I took this image last week with my friend, Christa. Weve known each other for years now, but for some reason it took this long for me to get on top of her office’s rooftop. As soon as I walked out I could not stop saying “WOW”. There are hardly any great vantage points of the Jefferson Memorial besides the Tidal Basin and this elevated view puts things in very cool perspective. You see those lights behind the Jefferson? Yea, that’s Reagan National Airport. Soooo cool right? See what I mean by never getting bored by this city? I love it! 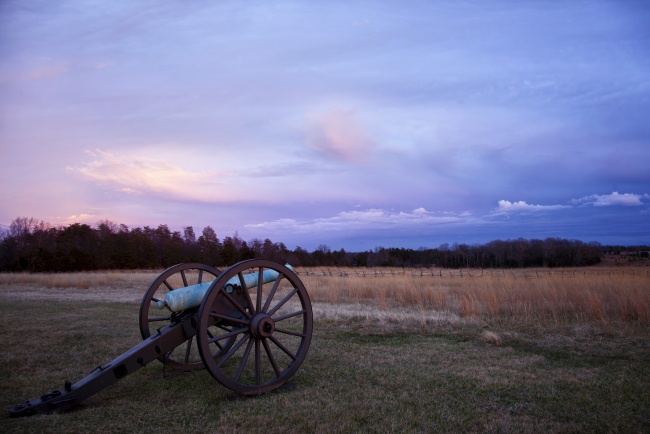 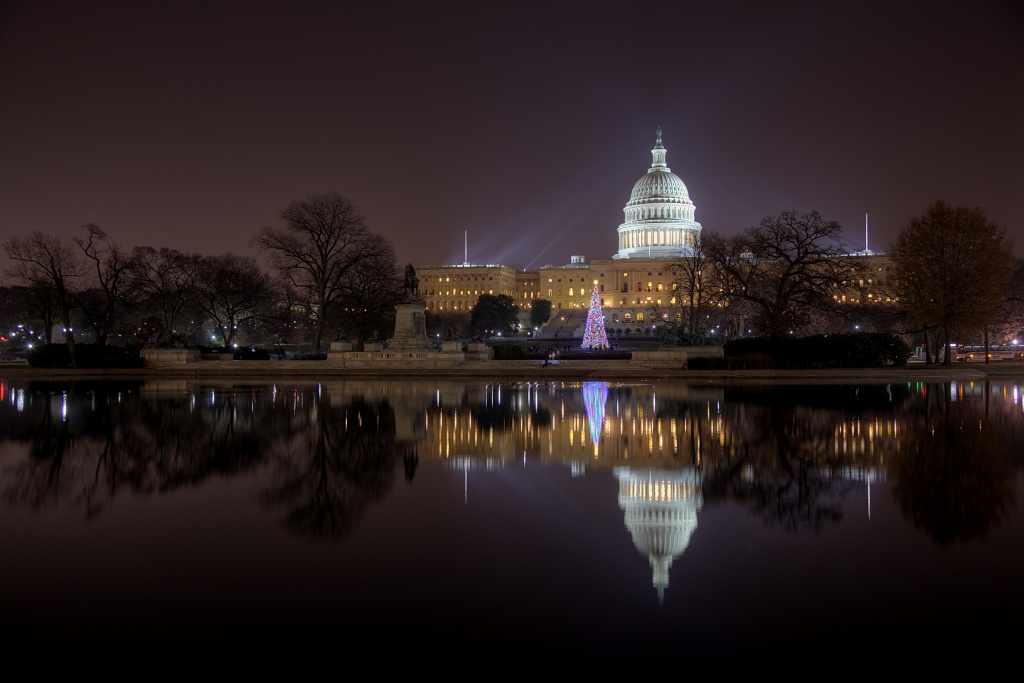 The christmas tree is officially up and all lit up in front of the Capitol Building. I missed the ceremony but made it to see it in all it’s tree glory. Can’t wait for the White House tree 🙂 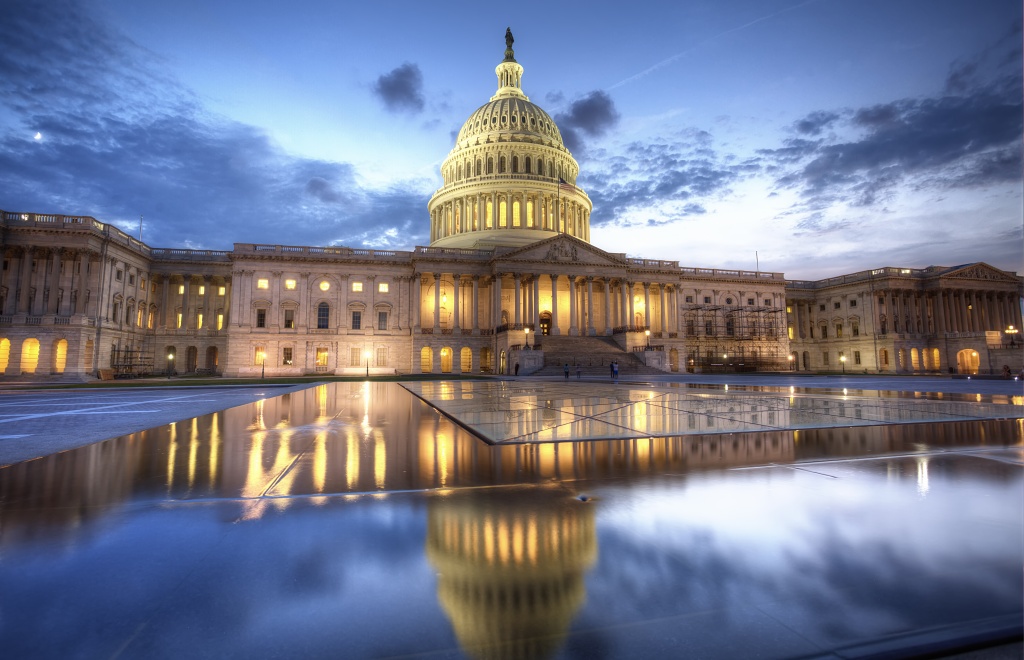 I don’t think I’ve ever gotten a view like this before at the capitol. That’s because tripods are restricted from the grounds and if you try to put one up, the Capitol police come at you within seconds. Fortunately, this past sunday night I didn’t have any troubles and got to get this beautiful angle. 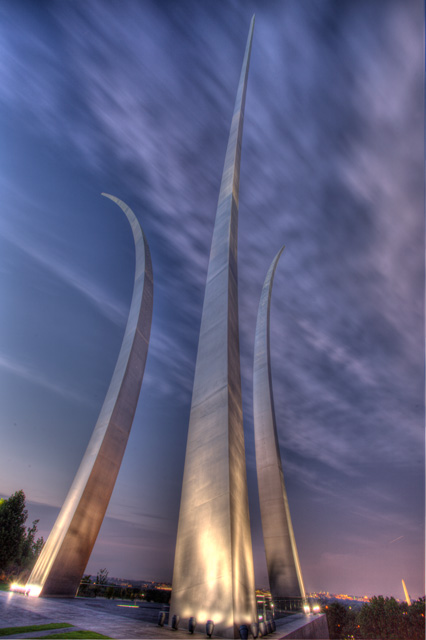 I wasn’t planning on going out to take pictures, but I was taking my puppy out for a walk after a thunderstorm and noticed all the clouds. I quickly ran to my computer and tried to figure out a good sunset spot in the city. The Air Force Memorial is one of the newer memorials and I wasn’t sure if it would be a good place for sunset. I decided to try it anyways since I could point up in the sky and I could at least get some good clouds. I’m glad I waited til after the sunset, when all the other tourists went home, to get this shot.