Around the Tidal Basin 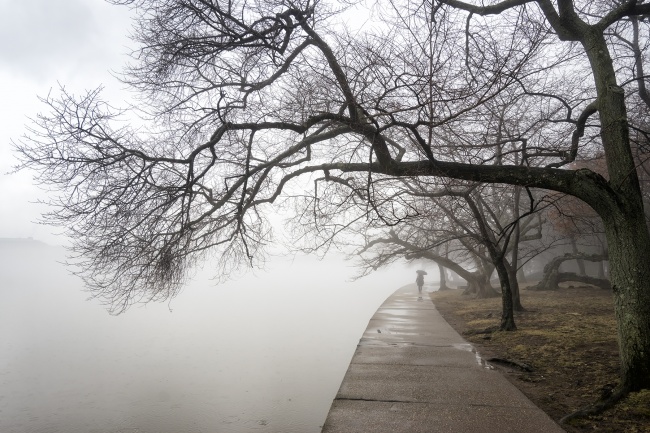 Like I said yesterday, the fog that we had over the weekend was RIDICULOUS. And what was even weirder was the fact that it was raining while it was still so foggy out. I thought with the rain coming down that it will make the fog disappear. If you look closely at this image, you can even see the water droplets in the water. But no. At times it seemed like it got even foggier. We had a good 2 hours worth of this moody weather to photograph and I loved every minute of it. I was so excited to hear about it that I left the house without a jacket. Luckily I had a beanie in the car or else I would have been really out of luck. Thanks again to my my friend, Birch for telling me about it as it was happening.

I think my favorite part of this image is something I did unintentionally. If you look at the very right of the image there’s a tree bending like it’s trying to leave the image. I love how the person with the umbrella lines up directly with that tree trunk. I don’t know if anyone else wold notice it but I love that little detail that just accidentally happened.

Birch and I were talking about something unrelated to the scene that was happening in front of us but we were both shooting it at exactly the same time. As that person turned the corner, we stopped what we were doing and saying, looked at each other and said “that was awesome” like we both knew we got the shot! AHHH I LOVE IT WHEN THAT HAPPENS! 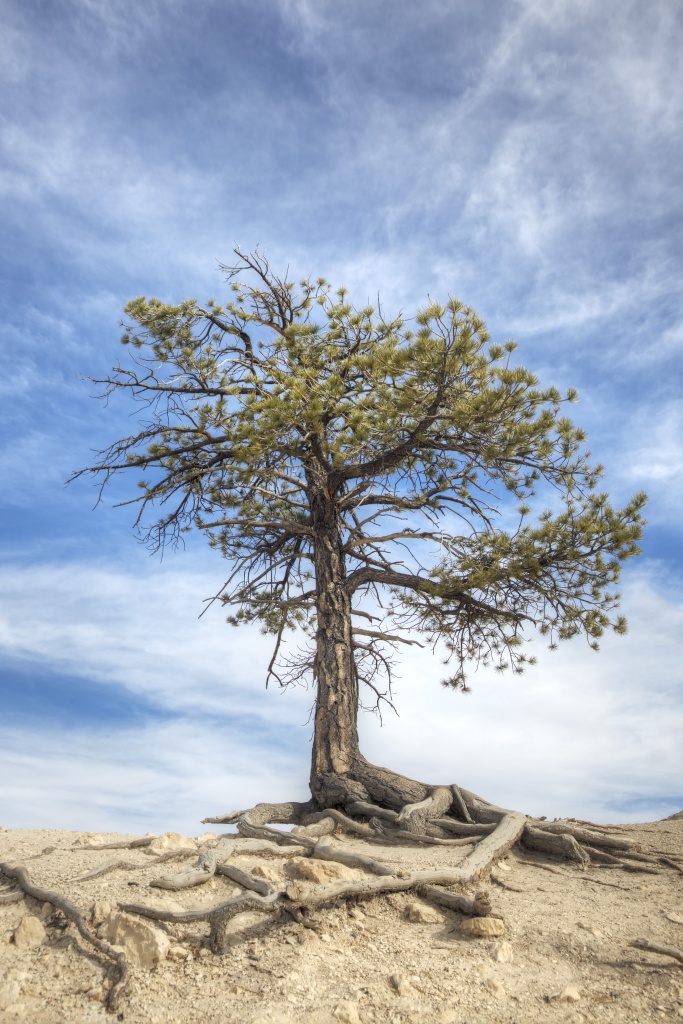 One of the coolest things in Bryce was the trees. They were nothing like I’ve seen before with the roots going everywhere. I took this one while I was hiking up Inspiration Point.