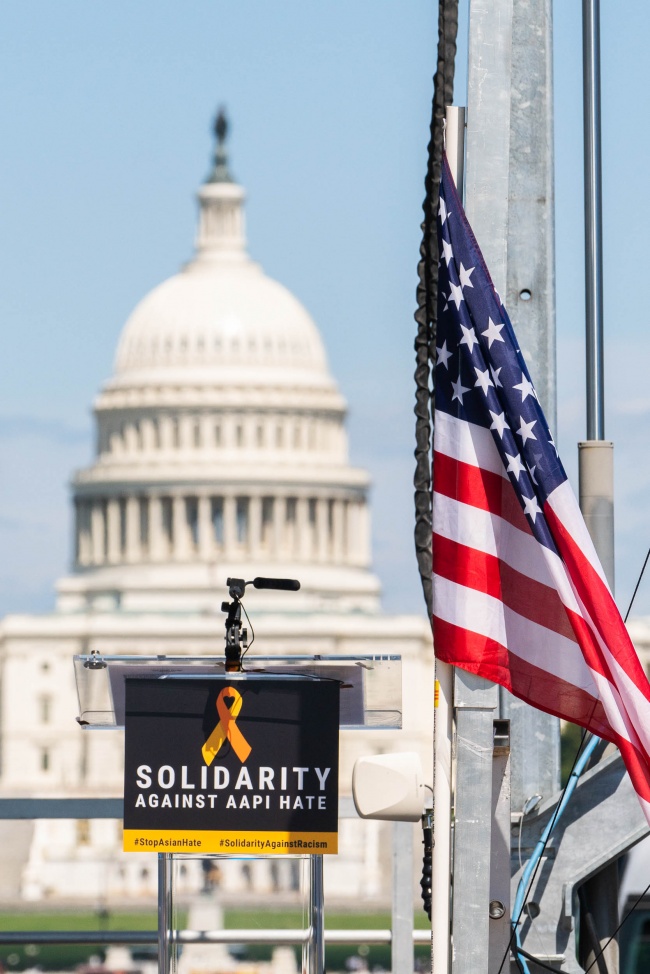 Memorial day is a day to honor veterans and in years past I enjoyed doing that by attending Rolling Thunder. However, 2019 was the last year for the official event. I will miss hearing the hums of motorcycles throughout the area. It was a signal that summer is here! Although there are other ways of honoring veterans, I spent this year’s memorial day a little differently.

In the month of May 2021, Mayor Bowser proclaimed that May 31st will forever be a Day of Solidarity Against AAPI Hate in Washington DC. With so many recent hate crimes against the Asian American Pacific Islander community all over the country, I began observing a movement in the immediate area.

I found out about this rally that was happening on Memorial day and immediately looked into a way I could contribute to the event. I signed up to be a volunteer on the day of Solidarity Against AAPI and brought my camera along on this momentous day. 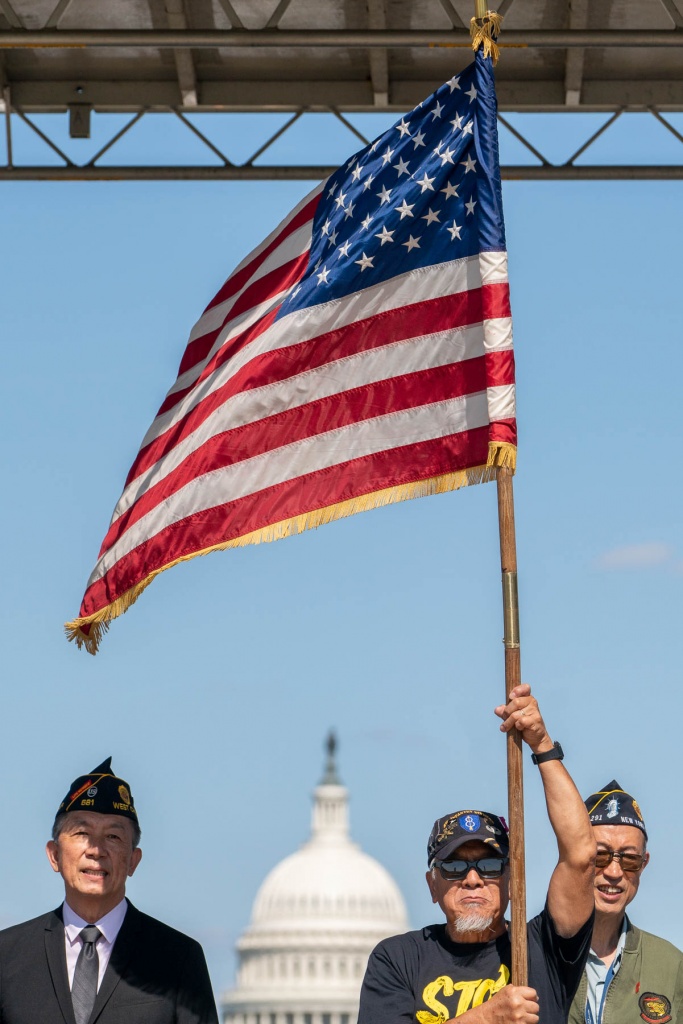 Lee Wong and other members of the Asian American Color Guard 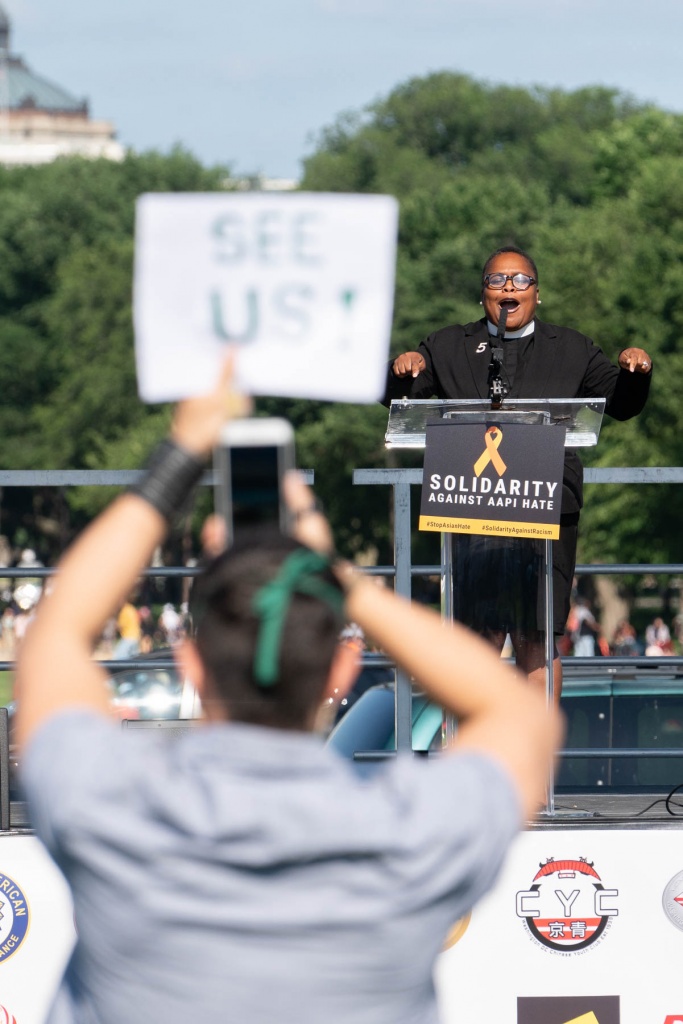 One of many speakers taking a stand against AAPI hate

I arrived a little early so I could get a feel of what the event was going to be like and get my barring on to what it may look like in photographs. In the end, it was an afternoon full of inspiring speeches and performances all in the name of standing up against Asian hate. 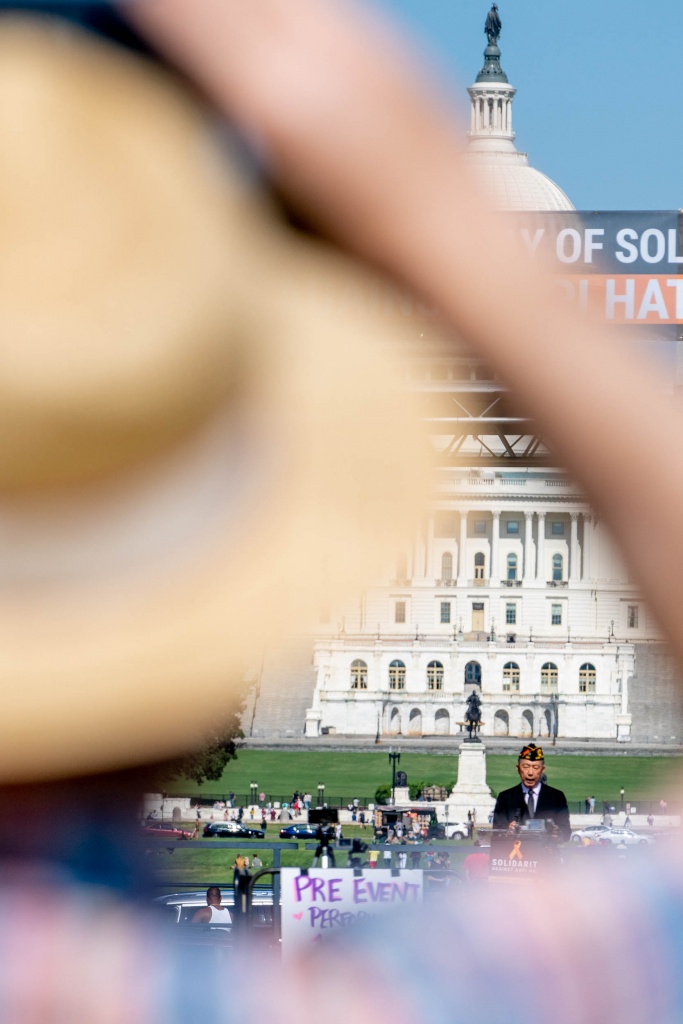 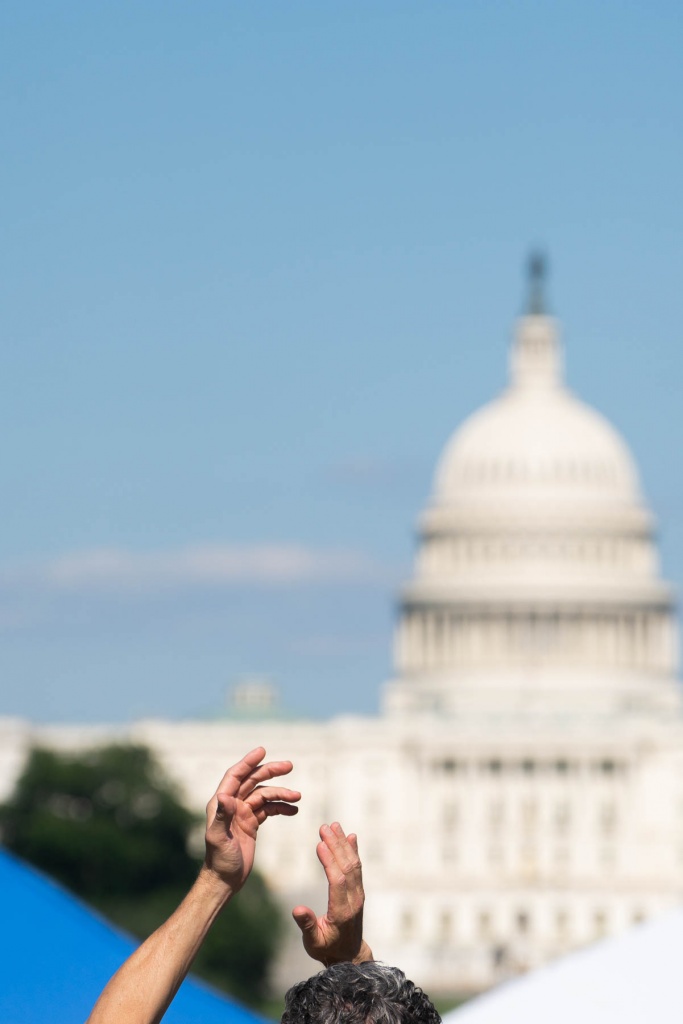 Lee Wong, a U.S. Army veteran and elected official from West Chester Township in Ohio gave a moving speech about patriotism as the audience listens and applauds. 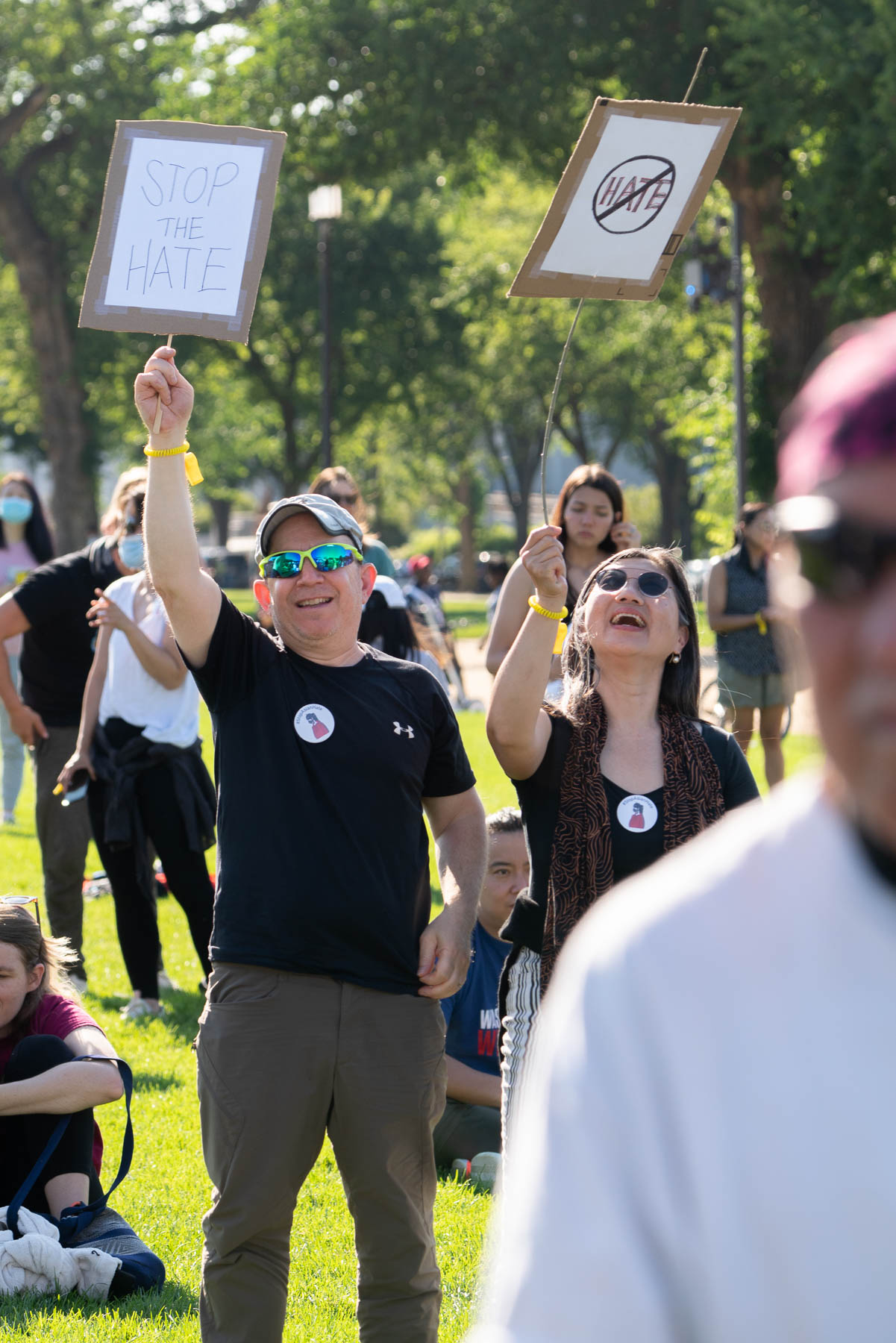 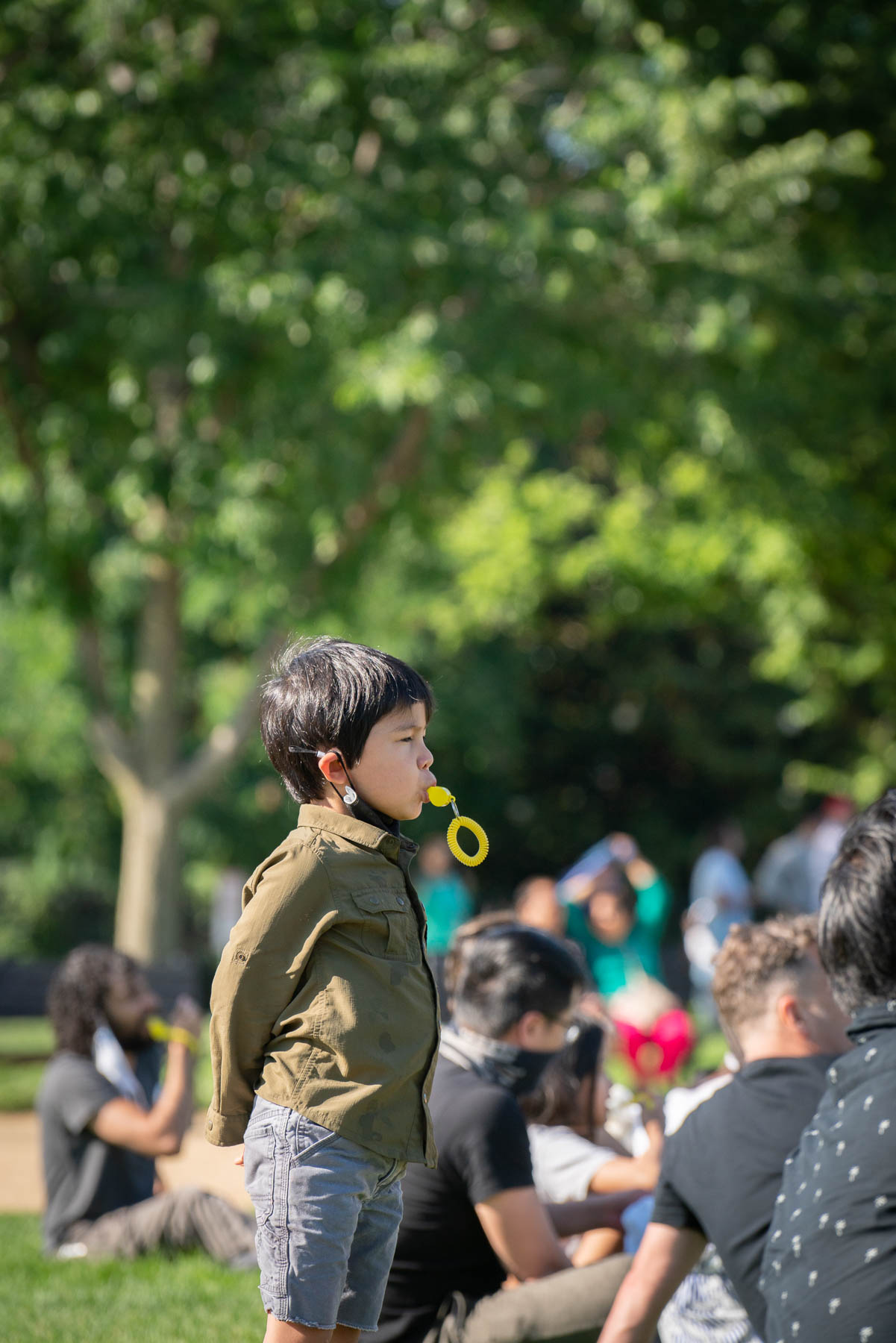 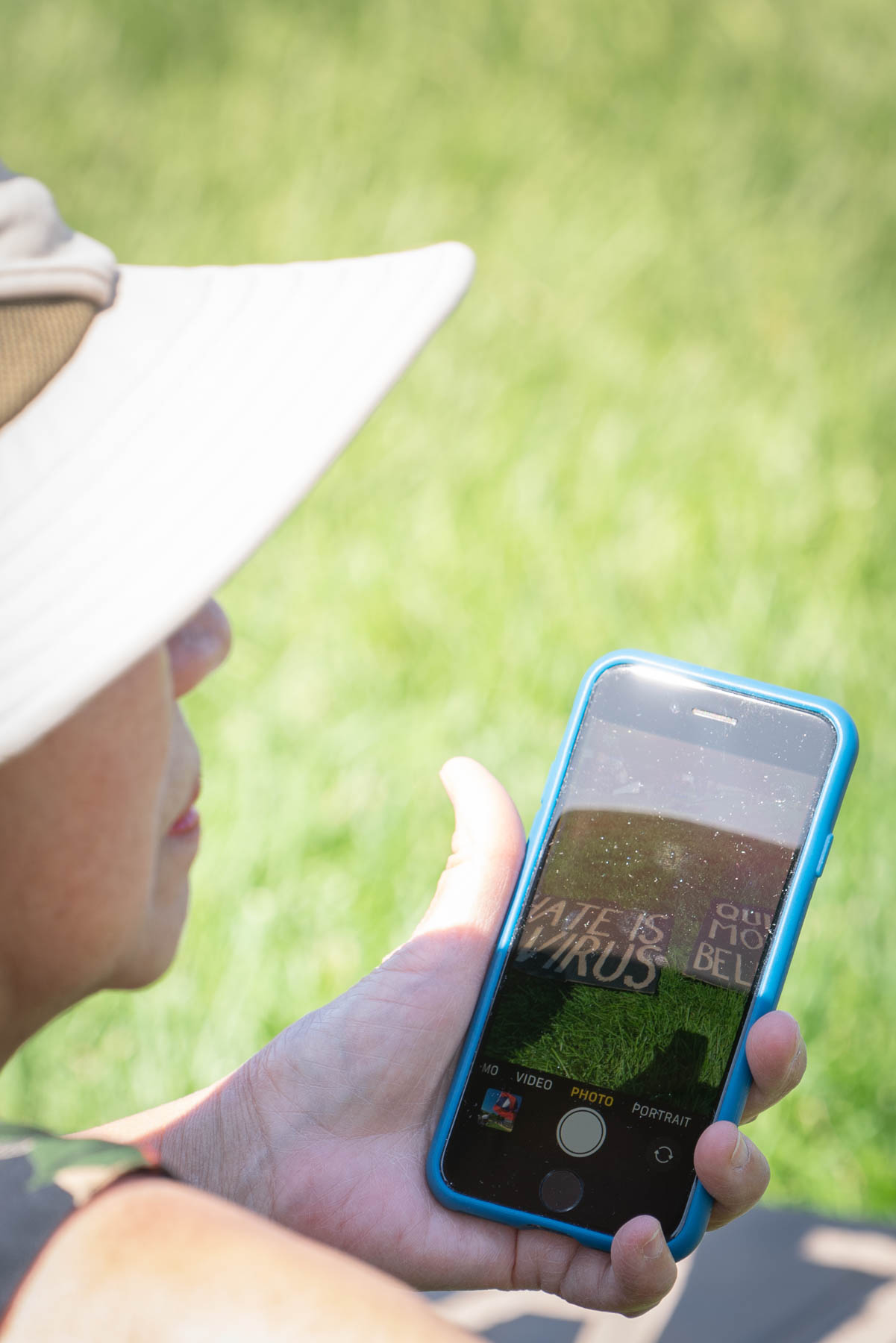 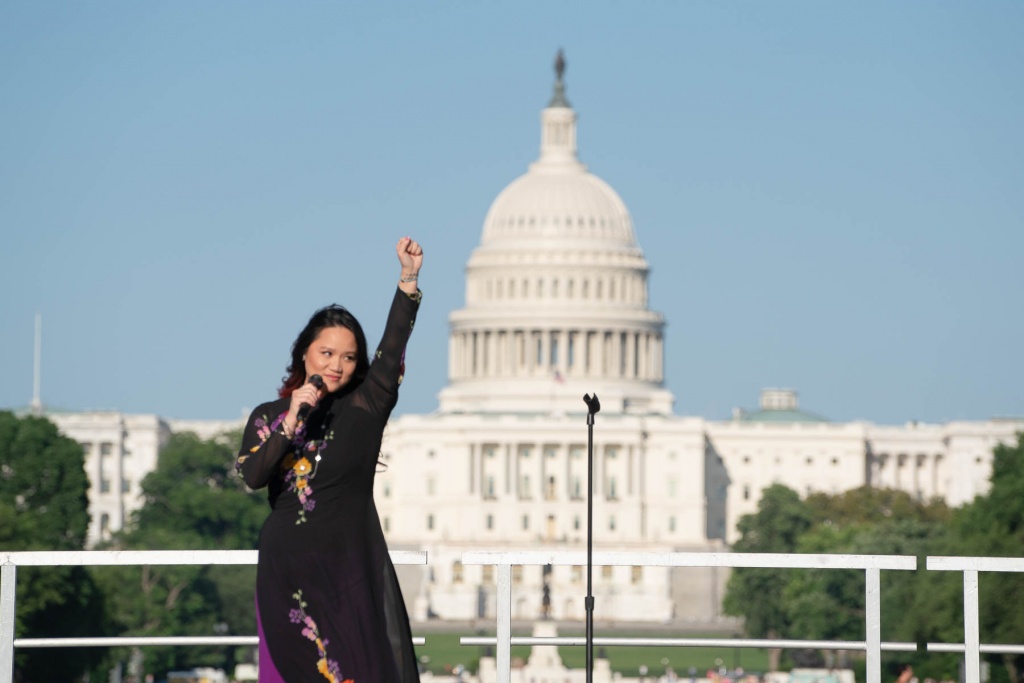 I may be biased but one of the best performances came from my friend, Kha. She performed her song No More and it was one of the most touching and moving songs I’ve heard in a really long time. When she found out about the shootings in Atlanta, she knew she had to do something and that something was using her talents in songwriting and performing. If you haven’t already, listen to the words and watch the music video. 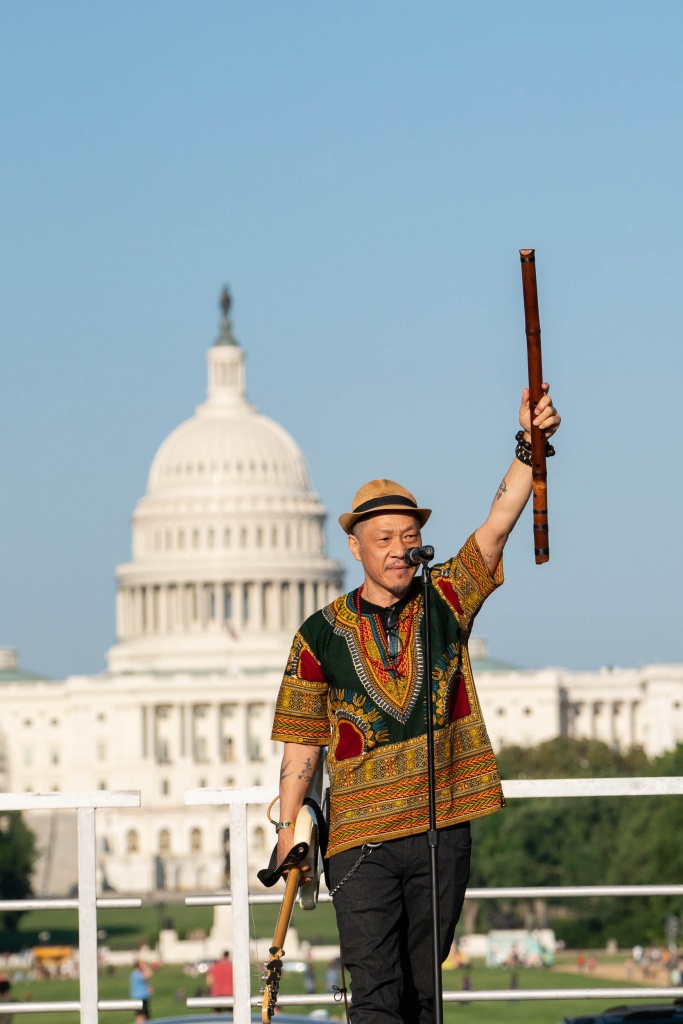 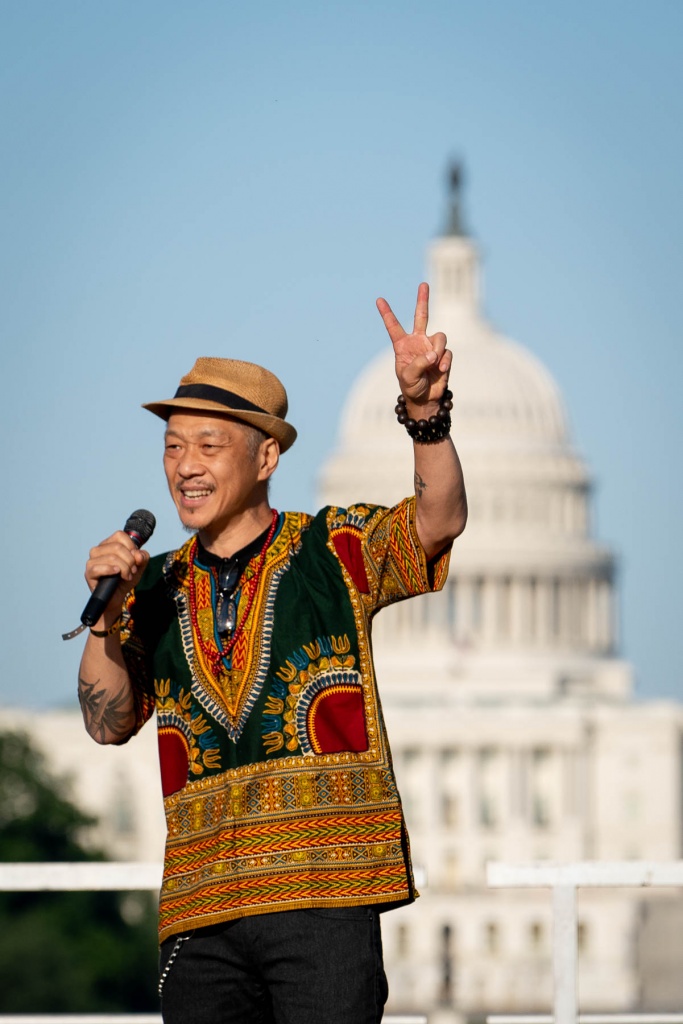 Earlier this year, my cousin told me about this show on Cinemax called Warriors. Andrew and I started watching it and got immediately hooked after the first episode. After two seasons, we can’t wait for the third one to come out. It’s a really good show if you haven’t seen it.

But Father Jun, Perry Yung, came to DC to be a keynote speaker. His mix of storytelling, guitar, and flute playing was not only captivating but also very interesting to listen to. I’m so glad I got to see his speech and it was very cool to meet him in person. 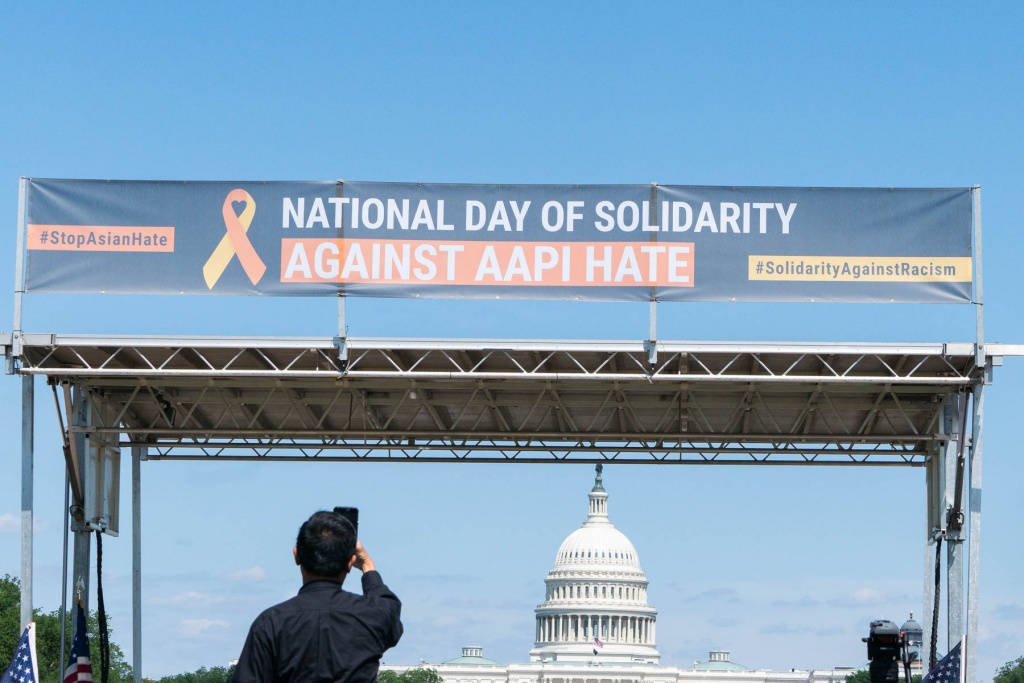 Overall, the rally was an uplifting and inspiring event. I am so glad I was able to be a part of it in a little way. Hopefully, there won’t be a need for this rally anymore but in case there is, I believe it will happen every year on May 31st.

For more resources for the AAPI community: