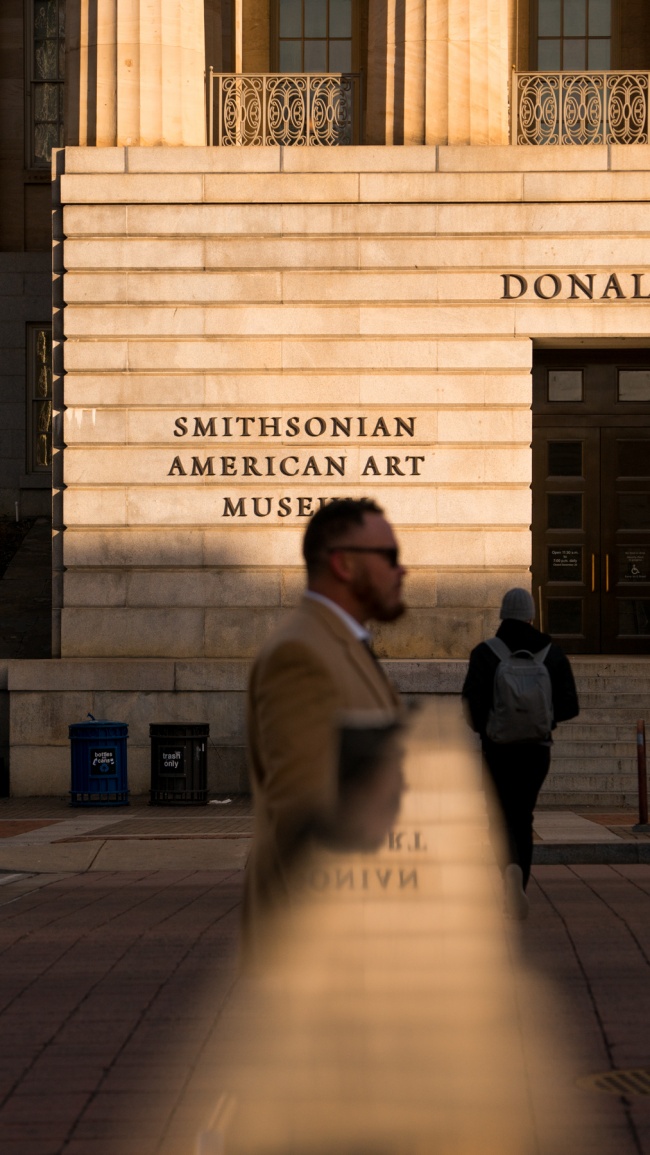 I captured this image across the street from the Smithsonian American Art Museum. My friend, Birch and I spent a very cold morning walking around Chinatown and somehow ended up in front of the museum. I asked if we could stand in this spot for a little bit because I noticed this reflection coming from a staircase railing.

At first, I was waiting for someone to walk closer to the museum to walk by, but I saw this interesting moment happen and had to capture it. It sort of reminds me of an image I posted last week at the Washington Monument. I was so concentrated on what was happening in the background that I didn’t even notice someone was about to walk in front. It’s interesting because at this time of day, there weren’t many people walking around in general so I’m surprised I captured two at the same time.

My favorite part of the image is that it looks like an optical illusion because the reflection sort of looks like it’s coming out of nowhere. I also love how the man in the front also appears in the reflection. Overall a very interesting street scene that turned out very cool.